Did gun activist Jamie Gilt cause her own self demise after ‘accidentally’ getting shot at the hands of her toddler son?

The incident happened as the Jacksonville, Florida mother was driving a four door pick up truck with horse trailer in tow in the afternoon when according to a report via the Florida Times-Union her baby son was ‘somehow’ able to gain access to her .45 caliber handgun and shoot her from the back seat.

At the time of the shooting, the bullet passed through Jamie Gilt’s torso, with the shot Florida mom expected to live.

Help would come after a Putnam County sheriff’s deputy spotted the 31-year-old Gilt ‘behaving frantically’ inside the pickup, which was partially parked in a travel lane on Florida 20.

Deputies said the boy was not strapped into a booster seat, but they haven’t determined whether he was strapped in at the time of the shooting. 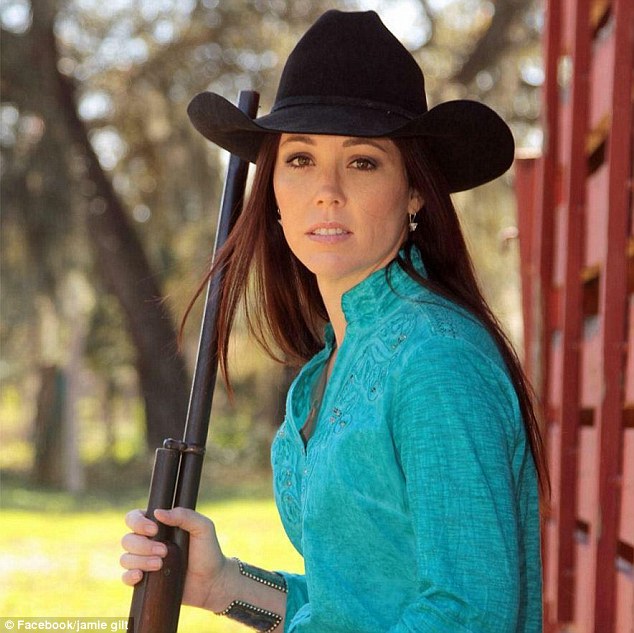 A report via rawstory tells of Jamie Gilt frequently posts about her love of guns and her views on Second Amendment rights, as well as her support for Republican presidential candidate Ted Cruz and racist propaganda.

Ironically the mother went on to boast the night before the shooting on Facebook that her ‘4-year-old gets jacked up to target shoot the .22,’ in response to her post suggesting that guns are a better response to a burglary than calling 911.

Of note, Gilt maintains a Facebook page called “Jamie Gilt for Gun Sense,” which not surprisingly has since been deluged with critical messages after her accidental shooting.

She also shared a Twitter post last January about a new handgun — which she described as her ‘new toy’ — she was excited about receiving.

Of question is if Jamie Gilt could now face gun charges?

Offered Capt. Joseph Wells, of the Putnam County Sheriff’s Office: ‘Those questions center around how is the fire arm secured? Where was it carried in the vehicle? And exactly how did the young boy come in possession of the firearm?’ 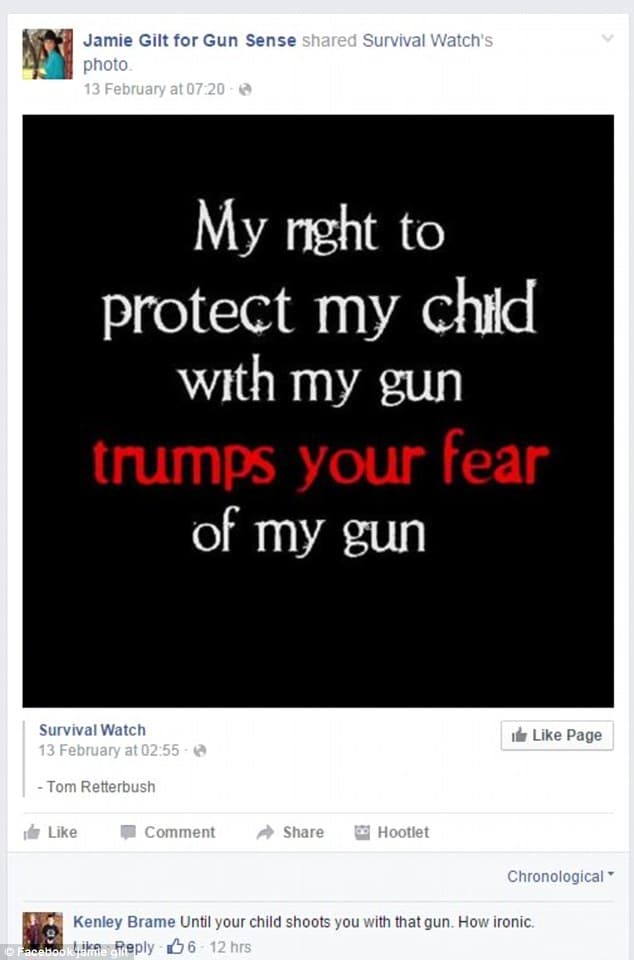 Got to play with my new toy today! Time to clean it! pic.twitter.com/1lkYo8b3sh