Jack Worth a 22 year old Emerson College, Boston student has found himself in sour waters with school authorities after renting out his dorm room on airbnb.

Now facing disciplinary actions for his ‘entrepreneurial’ spirit (which sought to alleviate the burden of college tuition and to offer travelers more budget conscious choices…) supporters of the student have launched a change.org petition, #Free Jack Worth in a bid to get the student off.

Reads the petition in part: ‘Emerson’s administration has since flagged Jack’s Airbnb page, resulting in $150 in fines from the site. In addition, the school is levying several charges of misconduct against him, which could result in disciplinary action as extreme as his dismissal.

The charges will be formally brought in an upcoming student conduct hearing. By signing this petition you are supporting Jack and his honest, entrepreneurial endeavor.’

Argues Ari Howorth, 18, from Emerson, one of the student’s ardent supporters: ‘There is nothing criminal with providing cheap housing to travelers. Jack Worth gave travelers from far and wide a taste of boston life and the Emerson experience simply because he wanted to help those who otherwise wouldn’t be able to afford to stay in the downtown area. If the Emerson community is as inclusive as it claims to be, it should act it.”

At stake is whether the student should be allowed to turn his dorm room, meant solely for the use of college students for the use of ‘passing travelers’ into a kind of budget hotel. In essence betraying the idea of student needs, dorm life, and the potential of other students to now also follow suit.

As of Tuesday morning the petition has found 272 co signees who have endorsed their support the beleaguered student who faces possible suspension for his ‘entrepreneurial’ disposition.

An Emerson spokesman declined to comment on the particular case, citing privacy rules, but said that the school does not allow students to sublet their dorm rooms. 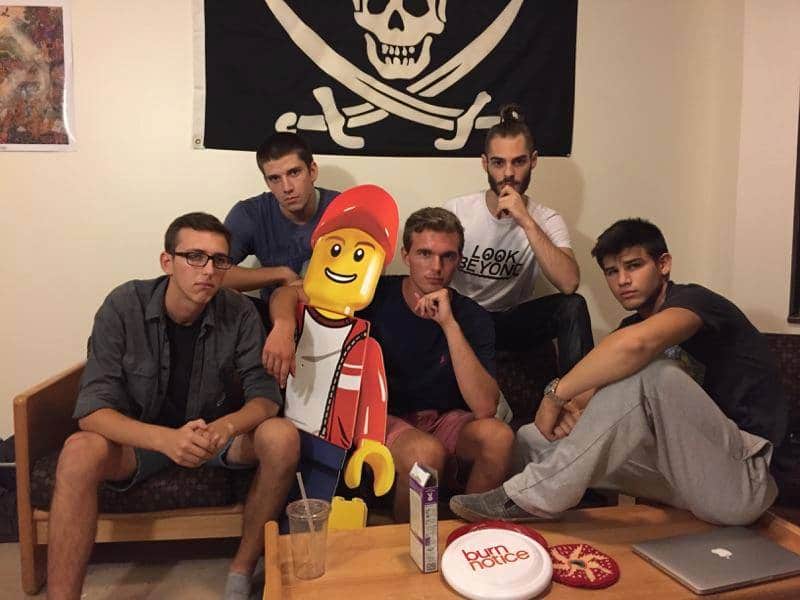 Told Andy Tiedemann via the guardian: ‘The Emerson College residence hall policy and the housing contract that undergraduate residents sign prohibit students from subleasing or renting College housing units or beds to protect residents and the community from exposure to safety and security risks.’

The incident is the latest in a slew of controversies linked to airbnb, a San Francisco-based start up, which has been expanding rapidly, but has found itself facing unrelenting criticism that it skirts laws intended to protect hotel guests and collect taxes.

In 2015 the $25.5bn company successfully fought off an effort to restrict short-term rentals in its home city.

‘We ask all of our hosts to follow their local rules and regulations,‘ said Airbnb spokesman Christopher Nulty.

But do they in reality? And who can’t pass up the arbitrage opportunity of offering accommodation that may not actually belong to them at a higher rate to others at a fraction of the cost that one would normally pay to hoteliers?

And then there were some of these comments on the petition form that made me wonder, see what you think? Should Jack Worth get what’s coming to him or should be allowed to continue renting out his dorm room?

If anything, Jack deserves a commendation, the entrepreneurial spirit he showed was one that should be fostered on the campuses of American universities. People are out there with problems, and Jack provided a solution.

But what I care more about are the policies Emerson College has with guests. If a person has the ability to let someone stay at their abode without upsetting anybody other than the administration (i.e: roomates), then I don’t see the big deal. Isn’t paying tuition payment enough? I myself am an off-campus student and as a result I am only ever able to enter a residential building if someone such as Jack signs me in and out as their guest. All the while, RA’s must cerify that I’m spending the night back home and not in a residential building. Theres no need for these adamant & strict policies.

For the rights of college students! Because college expenses are just way too high!

It’s insanely selfish to endanger everyone else in the building to subsidize your board at a private university.

I’m really hoping this is a joke. Look, no one hates Emerson’s administration more than me. Under most circumstances I’d support literally anything over Emerson admin. But seriously, dude?! “Free you”? I can’t help but think this is stupid publicity for some marketing class. This kid knew he wasn’t allowed to list his dorm in AirBNB. When I was a student at Emerson, we had to sign in guests to our name so that we could take responsibility for them. Jack Worth knowingly put his dorm mates at risk by accepting guests into the building he doesn’t know. While I don’t think Emerson should expel him, he should be expelled from the dorms. There’s so many upperclassmen who have to live off campus–where’s the AirBNB for them?