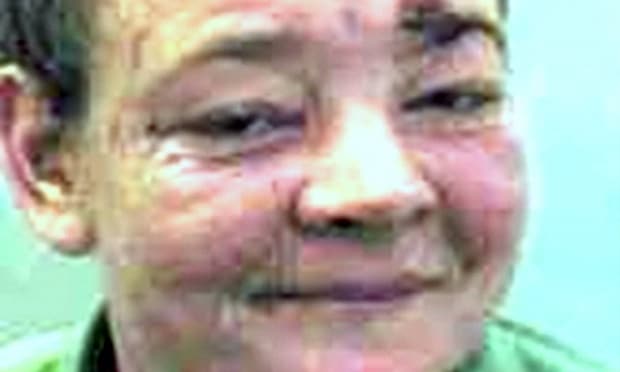 Two British teen girls have appeared in court after allegedly murdering 39 year old woman, Angela Wrightson over a period of five hours at her Hartlepool home and then posting pictures of her body on snapchat before asking cops to drive them home.

The girls, aged 13 and 14 at the time of their December 2014 attack according to a report via the guardian ‘were laughing and joking’ and in ‘high spirits’ in the police van on the way home after unbeknownst to police officers at the time, having infected at least 100 injuries on their victim.

Why was Angela Wrightson murdered? Teens posted selfies while killing her.

During their attack, the teens used a wooden stick, a tv set, a computer printer and a coffee table to boot as the frail woman with a perennial alcoholic drinking problem begged for her life.

The body of Wrightson was found half undressed on a sofa in her Hartlepool home the following day. The girls, who are not being identified, are on trial in Leeds Crown Court where they deny killing Wrightson.

Offered crown prosecutor Nicholas Campbell: ‘It became clear that Angela Wrightson had been the victim of a sustained and brutal attack,’

‘There were well over 100 injuries. The evidence at the scene of the crime showed she had been assaulted in 12 different locations within that room.’

According to police, the teens went to Angela Wrightson’s house several times on the night of the murder. Court documents cite the teens first arriving at approximately 11 p.m. before returning three hours later. They returned again at 2 a.m. and left again two hours later.

‘By that time at the very least, Wrightson had been fatally injured and was probably dead,’ Campbell reportedly told the court.

‘Indeed, there is evidence that they believed she may have already died before their return at 2 a.m. It is right that only the defendants know when the violence started and when it ended, but the prosecution case is that neither has given a true account of what happened.’

One of the suspects had posted a photo on Snapchat at approximately 9 p.m. of the ‘smiling defendants’ with a battered Wrightson in the background.

Reiterated the prosecution: ‘Wrightson is sitting facing the camera. She is alive, but she is not smiling, and her face is marked,’

‘The quality of the image is not the greatest, but it is clear enough to show that by nine o’clock there were marks on Wrightson’s face and that they are recent.’

Other selfies taken in the house did not show the victim, and the teens also making a Facebook phone call: ‘Go on, (name of older girl). Smash her head in. Bray her. F—— kill her.’

According to prosecutors the murders came despite the victim often buying alcohol and cigarettes for teens at a known ‘hotspot for underage drinking.’

Told the prosecution: ‘She complained that she was being forced into it, but equally accepted that she stood to gain from the arrangement, by way of cigarettes or alcohol for herself.’

The teens later told their friends and caregivers they attacked Wrightson because she had threatened them with a knife.

If I were a judge; I’d sentence them to death //BBC News – Angela Wrightson death: Girls ‘dropped TV on victim’ https://t.co/ei2l6FEWgT