Martin Trenneborg the Swedish doctor, dubbed Sweden’s Fritzl appeared in court on Monday facing charges of having kidnapped, raped and sexually assaulted a Stockholm woman who he kept hostage in an underground bunker at his home.

During the 38 year old man’s commencement of his trial, the court heard how the doctor had met his victim in her Stockholm flat in September last year for a second date, when he gave her strawberries laced with date rape drug, Rohypnol.

Displayed evidence included a prosthetic mask the man had used to disguise the woman as an elderly woman along with a second prosthetic in which the Swedish doctor disguised himself as a bearded man. From there Trenneborg drove the woman back to his remote farmhouse outside Kristianstad, southern Sweden, during which time he repeatedly sedated her en route.

Upon arrival at the property he locked the woman in the prison-like bunker where he repeatedly raped her during six days in captivity.

The man is believed to have built the 60 square meter bunker himself, with the purpose of keeping at least one person captive over a long period of time, starting five years ago.

The concrete-enforced walls are 12.5 inches thick and the bunker has a bedroom, functioning toilet and a fully fitted kitchen told a report via Sweden’s Aftonbladet.

Incredulously the Swedish doctor had gone to lengths to create a small, covered courtyard, where his prisoner would be able to go outside without being seen by neighbors.

During the woman’s forced captivity, Martin Trenneborg withdrew blood from his hostage along with vaginal samples which he tested at a lab in his place of work, later confessing that he did this to ensure she did not have any STDs.

He is also believed to have forced the woman to take contraceptive pills so he could have unprotected sex with her. 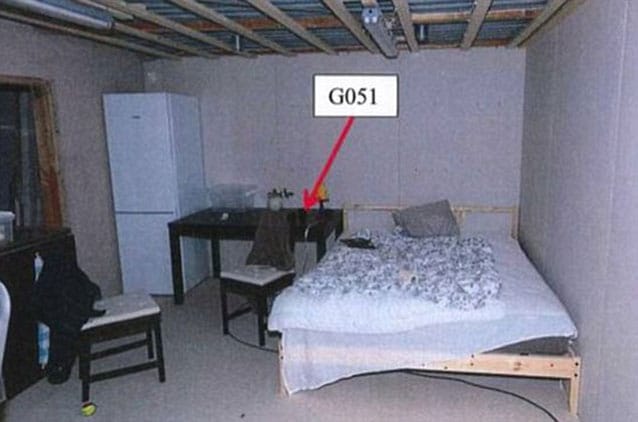 According to a police report seen by Swedish media, the woman was bound or cuffed for a majority of her time in captivity, including when the doctor raped her.

After a few days the doctor drove back to the woman’s home in Stockholm to bring her some personal possessions, only to discover that she had been reported missing and police had broken into her flat.

The doctor is believed to have panicked, taking the woman to Stockholm police station in which he commanded the woman to tell authorities that she was safe and well.

Yet suspecting things were off, authorities took the woman aside where she then told of her full horrific ordeal, leading to the Swedish doctor’s arrest.

Told chief prosecutor Peter Claeson to local media: ‘We believe his intention has been to keep the woman locked up for several years,’

‘We also suspect him of planning this for years. Among other things, he has built the bunker to bring one or more victims.’ 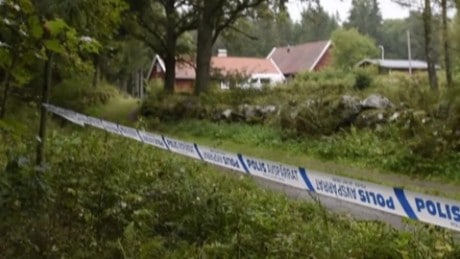 Friends of the doctor who have spoken to Swedish media have expressed their shock and surprise at the news.

‘In the beginning, when this got out, you kind of thought that “maybe it’s not so serious, maybe it’s blown out of proportion”, but now that he’s been charged its become clear how f***ing sick this is. It’s like a film,’ a ‘close friend’ of the doctor told Kristianstadsbladet.

The friend describes the 38-year-old as socially awkward but helpful and polite, but adds that he is ‘almost too sharp, intellectually, for his own good’.

‘The more I read about this the more confused I get. He’s not the kind of person you look at and think “he’ll lock up and abuse a woman”.’

At the time of his arrest, Martin Trenneborg told all he wanted was a girlfriend, someone to be his partner and to live with him.