An Iowa cop, Jesse Hill has been spared legal action against him after shooting dead Burlington mother of three, Autumn Steele after responding to a domestic dispute.

Confronted by an aggressive family dog, a German Shepherd whom the responding officer feared being attacked from, Hill turns to fire two rounds at the dog (naturally) only to slip on ice and strike the 34 year old mom of three in the stomach. Despite being rushed to hospital the woman soon dies.

Body cam footage shows (see below) the footage as it took place on January 6, 2015 as the cop arrives at the family home after the mother had been involved in a heated row with her husband Gabriel.

Ironically the mother’s death came a day after she’d been released from Des Moines County jail where she had spent the night after being charged with domestic assault on her husband according to a report via Free Thought Project.

When the officer arrived at the 100 block of South Garfield Avenue, the woman’s husband was walking away from the house with the couple’s 3 year old toddler in his arms.

At the time, Autumn Steele was chasing after him, grabbing at him and hitting the back of his head.

‘He’s got my kid‘, she yelled as Officer Jesse Hill got out of his squad car and turned on his body cam.

Video shows Steele running after her husband while the family dog is heard growling in the background.

Soon after Hill orders Steele to ‘Get your dog!’ before letting off two shots as the camera angle suddenly skywards as he slips and shoots the mother.

Hill later explained that he had been attempting to shoot the German Shepherd, claiming the dog had tried to bite him, but slipped and shot the woman instead.

A prosecutor later determined that Hill should not face disciplinary action with the police officer having now returned back to active duty.

Adding: ‘Officer Jesse Hill’s actions could be determined to be reasonable under the circumstances to protect himself from injury.’

‘Based upon my review of the case with the Iowa Division of Criminal Investigation and a full review of the facts and circumstances provided to me concerning the death of Mrs. Autumn Steele, it is determined that no criminal charges against Officer Jesse Hill are supported by the evidence,’ she wrote in her ruling.

‘Officer Hill was faced with the decision to shoot in an instant. He had to process the situation alone, and made the decision at the time the threat was occurring.’

The decision not to press charges hasn’t sat well with the woman’s family who insist they will continue to seek justice. 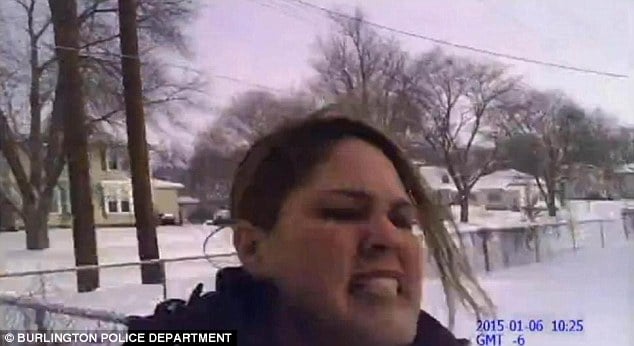 An Iowa regulatory board agreed earlier this month to decide if records and dashboard video of the shooting must be made public.

‘It was such a long road to just get here,’ said Gina Colbert, Steele’s mother. ‘We wanted somebody to listen and they’re listening now and finally hearing. We’re not being told no anymore. We’re not being ignored.’

The family dog, a 7-year-old German shepherd-collie mix named Sammy, was shot once in the right shoulder but was taken to a local vets and recovered.

An animal hearing board voted unanimously that the dog wasn’t dangerous and he was returned to his owners. 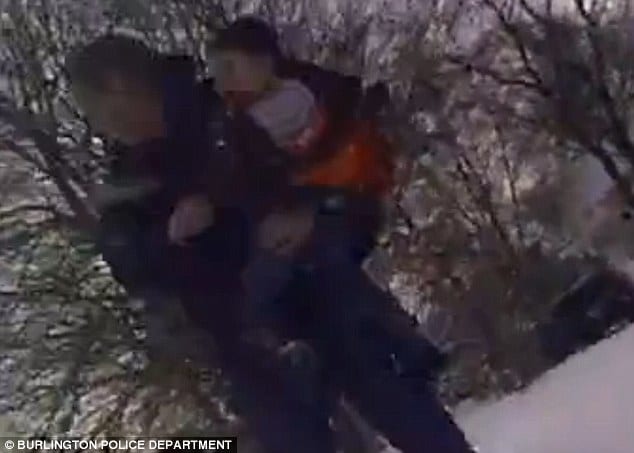 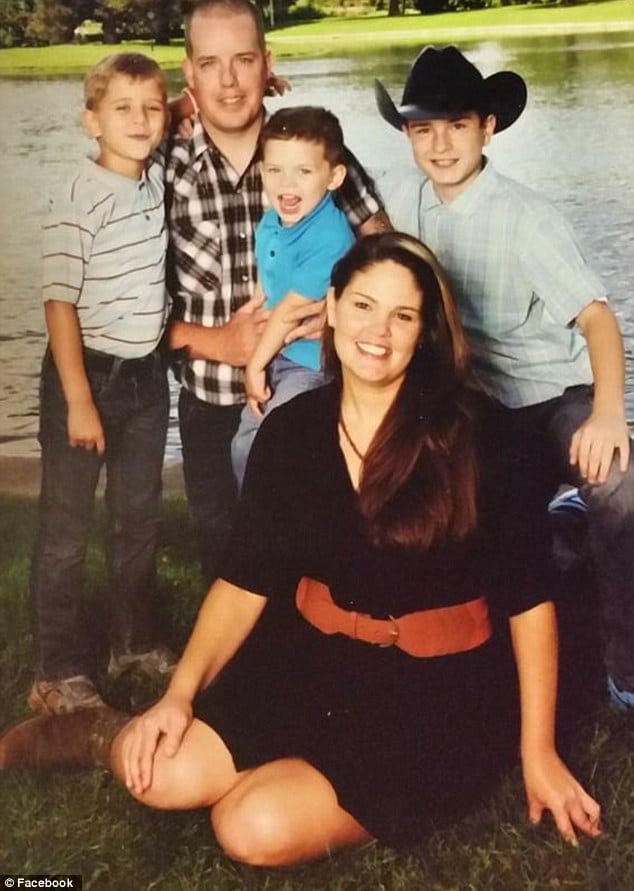