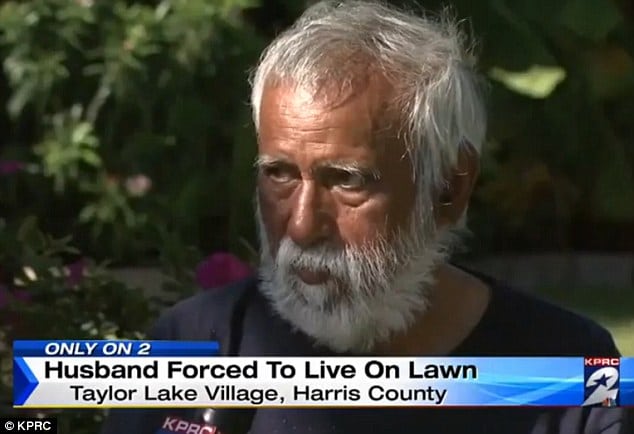 Sharafat Khan has come to understand the wrath of a woman scorned after his wife kicked him out of their lavish $1.3 million dollar plus Texas home, where he now sleeps on the front lawn. For the last six months.

Despite technically being homeless, the married man refuses to budge as he has now taken to sleeping just a few feet away from the front door of his well to do, Seabrook home after the mother of his two children, Shahnaz, 61, a Friendswood area doctor changed the locks in the midst of ongoing domestic dispute.

But that’s not all.

The disenfranchised husband also tells via a report by KPRC that he has no access to the couple’s money and has been barred from using the washing facilities, even though he owns half the suburban property.

Neighbors fear he could die in front of his own house as he is already very frail and can’t walk very well. A recent stay at a local hospital sees the man shuffling around in hospital scrubs, hospital socks along with a hospital bracelet.

Khan says he has diabetes and blood pressure and neighbors and police confirm multiple ambulance calls to the home to take him to the hospital. Doctors treat him, but each time he ends up back in his front yard.

When he’s not been attending to by medics, Khan sleeps on the front porch wrapped in a sheet at night, or sometimes goes into the back yard, alongside his swimming pool, for privacy, whilst finding shade under trees during the day.

The Muslim couple, married for 32 years have been fighting for six years, with the husband only recently thrown out. 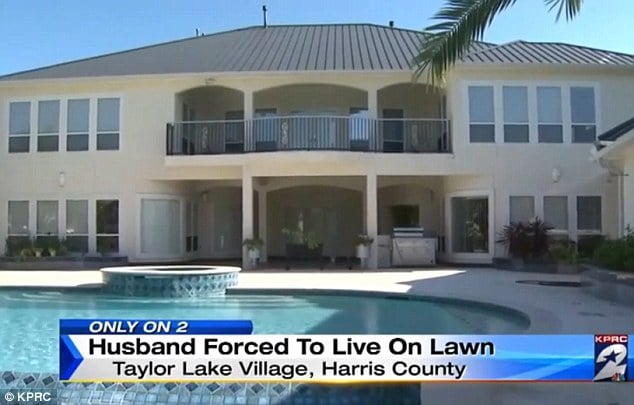 In a testament towards the degree of wrath Sharaft’s wife feels towards her husband, Shanaz has also now put up signs warning the community against feeding him. Indeed.

Neighbors tell any attempt to bring the homeless man blankets leads to his wife taking them away.

Police have been called to the residence 30 times, but cannot legally force his wife to let him in.

Khan said the dispute is over his relationship with other family members. She wanted him to cut ties but he refused.

A source close to the couple’s situation said Khan’s wife claims she can’t file for divorce because she and her husband practice Islam and strictly follow Sharia law.

Denying the allegations, the husband says the split is all about money.

Told the homeless Muslim husband: ‘She doesn’t want to hand over half her fortune’,

To his chagrin, the husband explains he can’t file for divorce because he can’t afford an attorney, and he wants his share of the estate.

An online database also states Khan was the director of the family company Kahn Investments LLC. 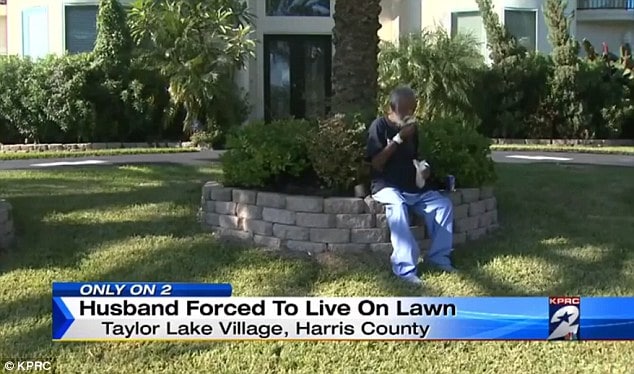 The couple’s spat has led to neighbors expressing outrage since their dispute became a public spectacle.

Laurel Stout, who lives across the street, added: ‘He’s very frail, he can’t even walk. I’m afraid he is going to die out here in his yard.

‘Allowing this to continue is not in the best interest of anyone.’

Adult Protective Services are believed to be involved in the case, but they cannot make Khan get help.

Family members also said they have tried to get Khan help but he refuses. They’ve spoken with social workers and he’s been in and out of certain facilities but often leaves against medical advice.

Asked why he refuses help, the man explains, ‘My emotions are with this house. I could live on the floor over there,’ admitting he has had offers from friends and could afford to stay in a hotel if he chose to. ‘But I’m on my own property.’

According to court documents, in 2008 Khan was charged with assault after he allegedly hit his wife, whilst the man’s wife sought divorce proceedings in December 2014 along with multiple restraining orders. Records show that a final judgment has not yet been signed.

The wife has repeatedly asked police for help. Sources say she was at the Lakeview Police Station again on Tuesday afternoon and Adult Family Services has also been notified. But while Khan’s actions and frail health might suggest the need for mental health services, the husband remains defiantly camped outside his home.

Asked what is was trying to accomplish the husband told: ‘To realize whatever she is doing she’s doing bad,’

‘People will know, the neighbors and everything else. People will ask her, put her down. Let her know what you’re doing to your husband.’ 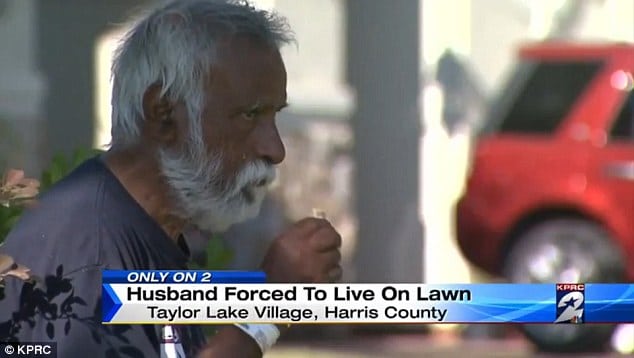 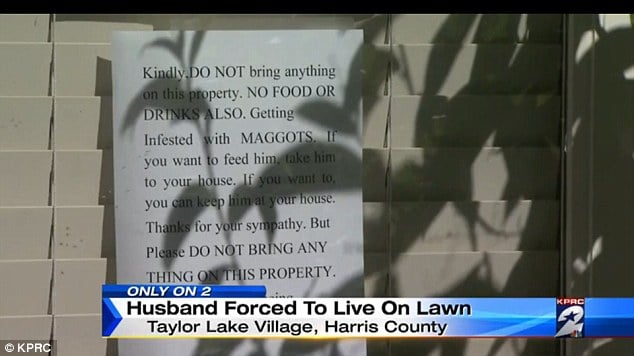 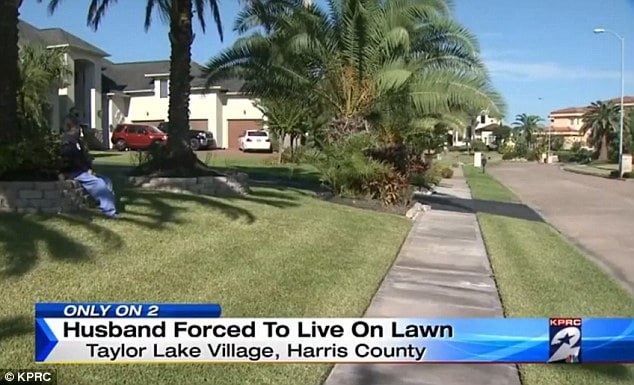 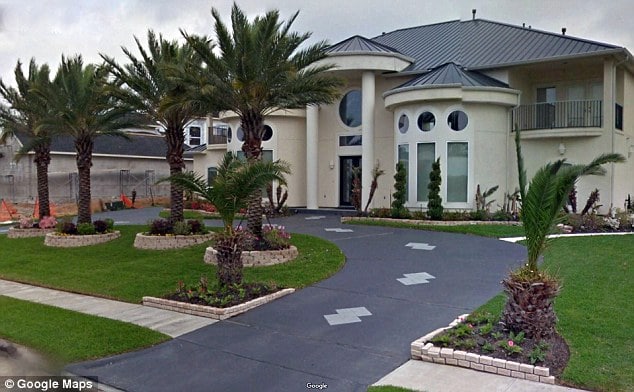