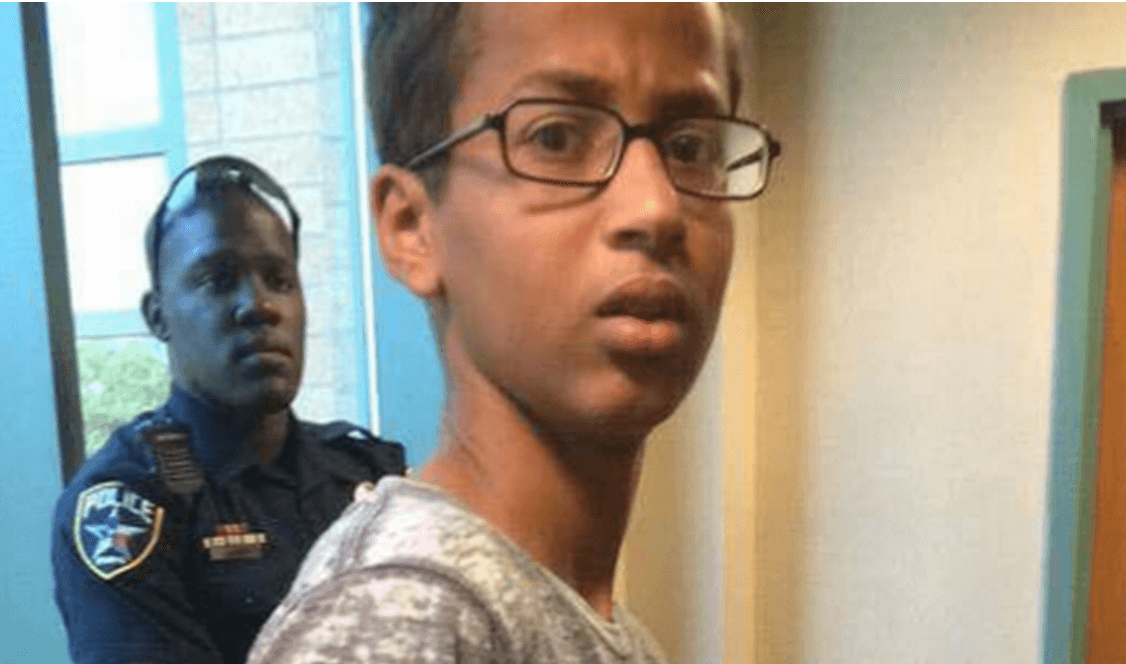 Former Sam Houston Middle School teacher Ralph Kubiak has told that Ahmed Mohamed the 14 year old teen arrested for bringing a home made clock confused for a bomb was a ‘weird little kid,’ that ‘could have a future in crime.’

Offered the retired teacher via the Dallas Morning News: ‘He’s one of those that could either be CEO of a company or head of a gang.’

The statement comes after teachers at MacArthur High school mistook the homemade clock for a bomb just over two weeks ago.

The incident led to the school principal calling police, the arrest of the student and his handcuffing as he was taken to juvenile detention.

Although not charged, the teen was suspended from school for three days. In turn the boy’s father (whom some believe prodded the boy) later removed the boy from the school district.

The incident was one of many over the course of the school year that caused consternation at the school, with Ahmed racking up a number of suspensions, including one episode which involved the facilitation of a homemade remote to turn off one of his classroom projectors.

Another incident saw the student suspended after the teen was found blowing soap bubbles in a bathroom with his cousin.

The Irving School District investigated claims of anti-Muslim bullying from staff members and students about a year after Mohamed arrived at the school, knowing almost no English. 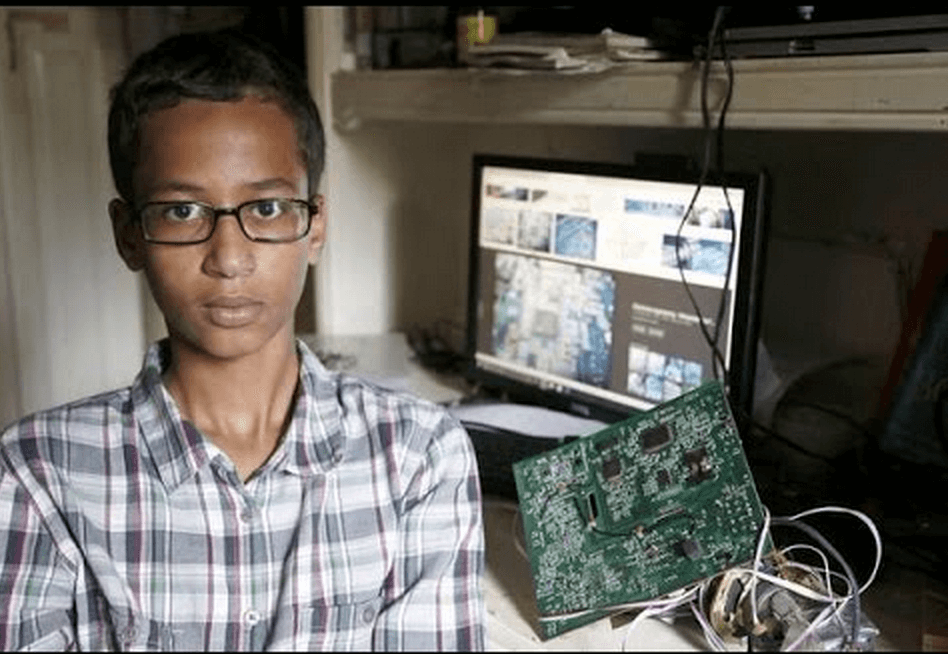 The teen’s arrest led to national debate regarding race, racial profiling and whether the boy was within his rights to decline answering questions after being brought to the principal’s office.

In an interview with KDFW Irving Mayor Beth Van Duyne claimed that Mohamed’s failure to comply with officers was why he was detained.

Told the mayor: ‘In my own conversations with the police is that he was not forthcoming with information, but I just think common sense prevails,’

Yet that’s not the way all commentators see it.

Reflected the Las Cruces Sun News in a thoughtful piece: But perhaps the most important lesson is one to be learned by young people: They have the right to remain silent when questioned by law enforcement.

This is a particularly important lesson for youth today when police are frequently permanent fixtures in high schools. So-called school resource officers, stationed in schools for safety, answer to the police chief, not the school principal. These sworn law enforcement officers have the power to criminally charge and arrest students. What students say to them can be used against them.

Advises a Youth Rights and Responsibilities Handbook issued by the Iowa Juvenile Justice Advisory Council:  ‘If school authorities call me out of class to talk to police or answer questions about other students, do I have to participate?’

‘No,‘ according to the handbook. ‘As always, you have the right to remain silent and it may be wise to exercise it.’

Told Wester via Rawstory: ‘I think his intent was to see how far he could get with the device and to see what kind of alarmant he could get.

Whilst Mohamed has been chastised for his failure to cooperate with school authorities others have praised the student, including President Barack Obama who invited the youth to bring his clock to the White House.

The incident has spurred invitations across the nation, including that of MIT and the annual Google Science Fair. The youth was also a special guest at Social Good Summit in New York City on Sunday along with making a stop at City Hall on Monday, as debate continues to rage whether the student has the makings of a visionary or that of a sociopath. 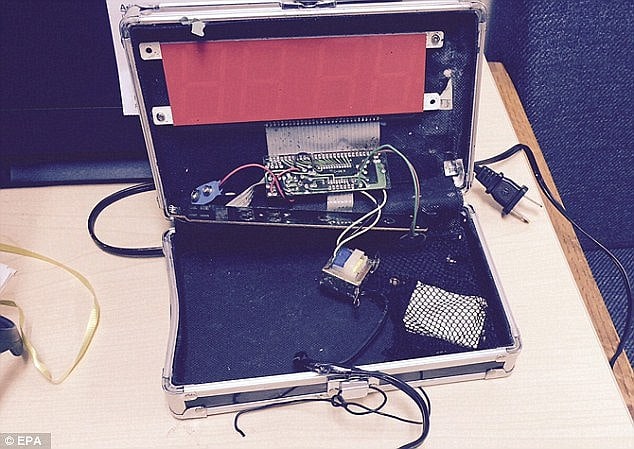