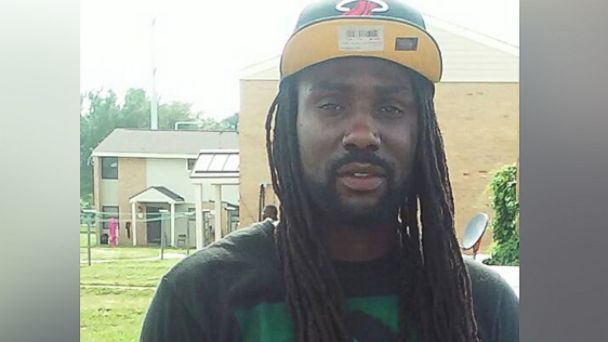 Wilbourn turned himself in Monday night with his family by his side, telling Memphis Police Director Toney Armstrong after turning himself in: ‘One, I’m not a cold-blooded killer. And two, I am not a coward.’

The con’s assertion comes after Armstrong said of Wilbourn on Sunday: ‘I think it’s safe to say that when you look at this individual, you’re looking at a coward. He’s a coward.’

Addressing press corps, Armstrong thanked the public for their help during the two day manhunt for the fugitive, saying: ‘This has been an exhausting search,’

‘We’ve always been one step behind him, but he felt the walls closing in and thought it was in his best interest to turn himself in. ‘

Wilbourn, a convicted bank robber, is accused of shooting Officer Sean Bolton, 33, Saturday night when the policeman interrupted a drug deal in a Mercedes-Benz.

At the time, Wilbourn is alleged to have been a passenger in a car which had been parked illegally in a Memphis south east neighborhood.

Armstrong said Bolton saw the car and shined his squad car’s spotlight on it. Bolton then got out of his car and walked toward the Mercedes.

Wilbourn got out of the Mercedes, confronted Bolton, and they got into a physical struggle, according to Armstrong.

Wilbourn then took out a gun and fired it, striking Bolton multiple times. Wilbourn and the driver then ran away.

The driver later turned himself in and was initially described as a person of interest in the case. He was eventually released without being charged.

Armstrong said the drug transaction in question amounted to ‘less than two grams of marijuana.’

He went on to say; ‘You gun down, you murder a police officer for less than two grams of marijuana. You’ve literally destroyed a family.

‘Look at the impact that that’s had on this department, this community, this city, for less than two grams of marijuana.’

Telling on Sunday night; ‘Last night, we lost not only an officer, but a great man, a dedicated servant to our community and a family member.’

Armstrong said Wilbourn was on supervised release after being convicted of a bank robbery in June 2005 and sentenced to 121 months in a federal prison.

He then violated his probation by testing positive for marijuana on December 22. The man’s arrest would have certainly led to him receiving a harsh prison sentence, the thought of which may have tempted the career criminal to shoot out.

Memphis Mayor A.C. Wharton Jr. said Bolton’s death ‘speaks volumes about the inherent danger of police work’ and asked others to ‘pray for the family and pray for our city.’

A vigil has been planned in Bolton’s honor on Tuesday afternoon outside Memphis City Hall.

‘At the end of the day it’s not about who got him, but that its over, for now,‘ the Shelby County Sheriff’s Office said in a message on Facebook.

‘Now we hope Officer Bolton can truly rest, that his family can begin to grieve, and that as a community we can all begin to heal.

‘To our brothers and sisters in Blue, we stand with you and are always here to help!’

Bolton was a former U.S. Marine and served a tour of duty in Iraq, police said. He joined the department in 2010.