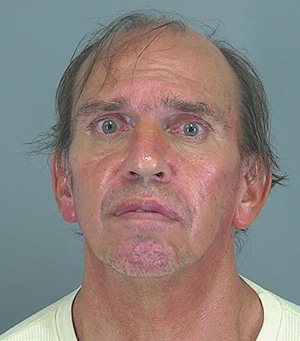 What to think, what to wonder? Welcome to the indelible and delicious adventures of accused shoplifter, David Hoyt, 55 of Woodruff, South Carolina who was arrested after shoplifting a stash of rib eye steaks in his colostomy bag.

The man’s arrest would come after staff at Food Lion supermarket in Roebuck observed the harried man (you suppose?) attempting to steal batches of rib eye steaks.

According to an incident report cited by WSPA, two Food Lion staffers spotted the sticky-fingered carnivore placing five bags of ribeye steaks priced at $75 into a canvas colostomy bag and taking off without paying.

As the rib eye steak thief headed for the exit, quick-thinking supermarket workers made note of the make and model of his car, writing down his license plate number as Hoyt drove off.

A Spartanburg County sheriff’s deputy who responded to the scene headed to a home on Poole Street in Woodruff belonging to Hoyt’s girlfriend, where they noted Hoyt’s Nissan parked outside.

When interviewed by police, Hoyt’s lover, 47-year-old Angela Woody, conceded that her meat eater boyfriend lifted the steaks from the store and stashed them in his colostomy bag for safekeeping.

A colostomy pouch is commonly used to drain waste after a portion of the patient’s colon had been surgically removed.

At first, the meat eater denied taking the rib eye steaks but later relented and admitted to the meat heist.

Hoyt has since been charged with misdemeanor shoplifting under $2,000 in connection to the steak heist and is being held in the county jail on $2,310 bond as of Wednesday afternoon.