A Chinese husband has forced his cheating wife in the ultimate walk of shame after making the woman don a sign around her neck that read ‘I want to sell my body,’ whilst walking along the street in only her underwear.

Pictures of the brow beaten woman walking along the streets in Jiangxi province, China would go viral after astonished street goers noted the shamed woman trudging along in her undergarments, head down, close to tears.

The walk of shame reports the dailymail came after the husband, fueled by booze, beat  his wife before then forcing her to walk the streets with the cardboard placard over her neck.

The husband, named as 37-year-old Zhang, accused the woman of having an extra-marital affair.

Driving in a large black 4×4 vehicle, the husband can be seen moving slowly behind the woman, watching her being humiliated.

Photos show the unmarked car driving close beside the woman, caring little for the possible implications of his actions.

According to the mirror, upon police officers rescuing the traumatized wife and calling the husband in for questioning, it was unearthed that the wife had not been unfaithful and that her husband simply listened to malicious rumors with no foundation.

Since humiliating his wife, the husband placed a handwritten letter of apology notice in a local newspaper, where he sought to excuse his actions.

Local media reports, the couple have two daughters and had been married for 10 years.

Zhang worked long hours, running a property development company and is believed to have little time to see his wife, who lived in another city with their children.

Friends of the couple allegedly told local reporters that the husband was blamed his wife for their lack of a son in the family.

It remains unclear whether the husband’s apology letter was able to mend the rift between the husband and wife. 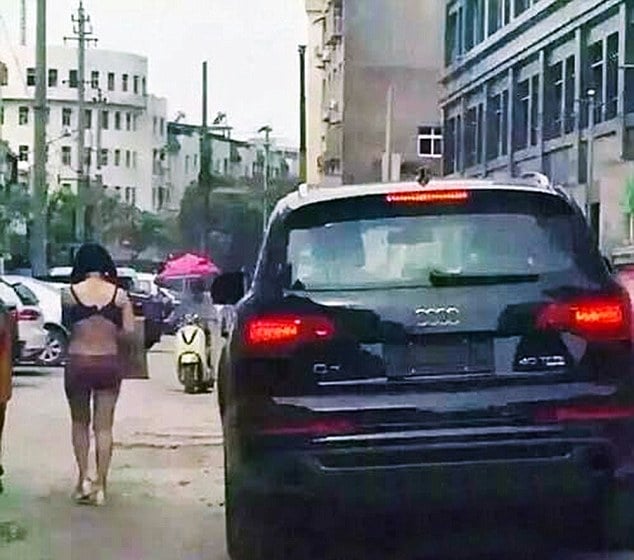