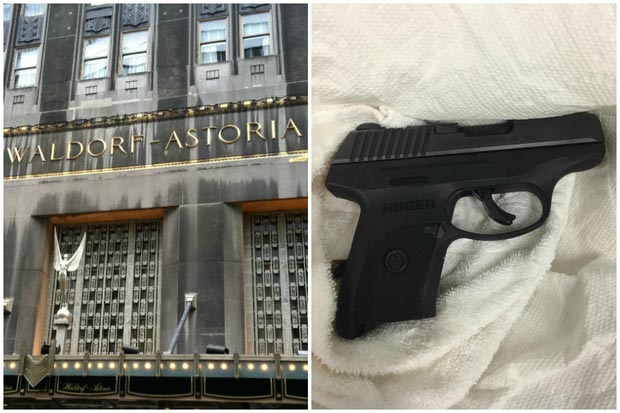 Bride, Anna Goldshmidt is said to have been left in a rage after discovering her carefully planned $1 million wedding reception had to be called off at NYC’s Waldorf Astoria hotel after three guests and two hotel employees came to be wounded after a wedding attendee fired off a gun this weekend.

According to a report via the nypost, the bride was was in her suite, preparing for her nuptials, when the accidental shooting occurred during a pre-wedding cocktail hour in the hotel’s lobby Saturday evening.

With the woman’s family and friends having deliberately kept the incident a secret from the bride (can you guess why?) until after the traditional Jewish ceremony, Goldsmidt is reported to have blown her top after learning that the Waldorf Astoria was canceling her reception, leaving her ‘hysterical,’ according to one law enforcement source.

Which of course raises the awkward question, will the woman have her money refunded to her or is the price to pay for inviting thugs to one’s own wedding?

According to a statement issued by the hotel, the Waldorf decided to call off the party because police still hadn’t found the gun when the event was supposed to start.

Also pissing off the hotel was the fact that two of their workers sustained leg wounds when they were hit by bullet fragments.

Kids, don’t invite thugs and liabilities to your wedding. Even if you feel you must. Don’t.

Injured was guest, Maya Rafailovich, 55, of Brighton Beach, Brooklyn, who suffered a graze wound to her forehead from the ricochet, along with a male guest who suffered a minor leg wound.

Two brothers, relatives of the groom, Elan Stratiyevsky would come to be arrested Sunday over the shooting, although the charges against them were put on hold, or ‘deferred,‘ by Manhattan prosecutors pending the investigation.

According to the New York Daily News,, wedding guest, Vladimir Gotlibovsky, 42, was packing the legal 9mm Ruger in his right pants pocket when the man got walloped during the cocktail hour for the Brighton Beach couple when his gun accidentally discharged.

‘I’ll drink to the couple indeed!’

Hotel surveillance video shows a woman passing by the thug just before the man’s gun discharged, with the belief that the woman may have accidentally bumped into him, causing it to fire.

According to cops, the bullet tore a hole in the man’s pants and ricocheted off the marble floor.

Offered a guest who declined to give their name: ‘The guy’s an idiot. It was during cocktail hour. It was just stupid that he brought it.’

Shit would get messed up when the thug guest is reported to have panicked and slipped his gun to his brother, Felix Gotlibovsky, 51, who turned it over to their mother.

She stashed the weapon, for which Vladimir has a permit, inside her purse, then handed it to off to his wife, Maya, sources told.

Nevertheless in the interim cops and hotel staff had sought to find the weapon and were loathe to allow the wedding reception to continue the gun’s whereabouts had been located.

According to the man’s relatives, Gotlibovsky owns a liquor store in Eastchester in The Bronx, and relatives told cops he carries the Ruger to protect himself. From whom and why wasn’t necessarily unearthed.

What do you think, should the hotel try to make it back to the bride or is she going to have to swallow the loss?

Vladimir isn’t time you sent off a whole new crate of the best bubbly in the store…? 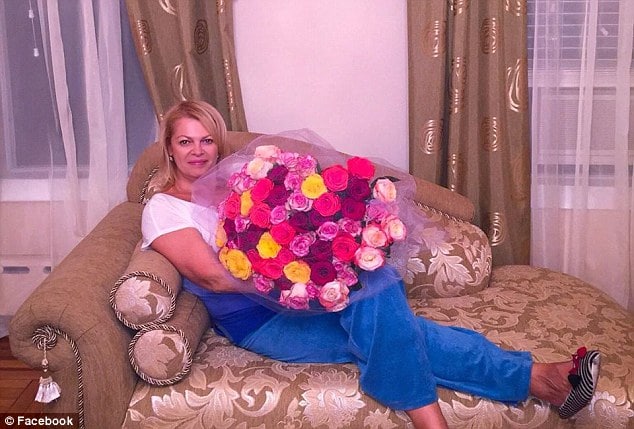