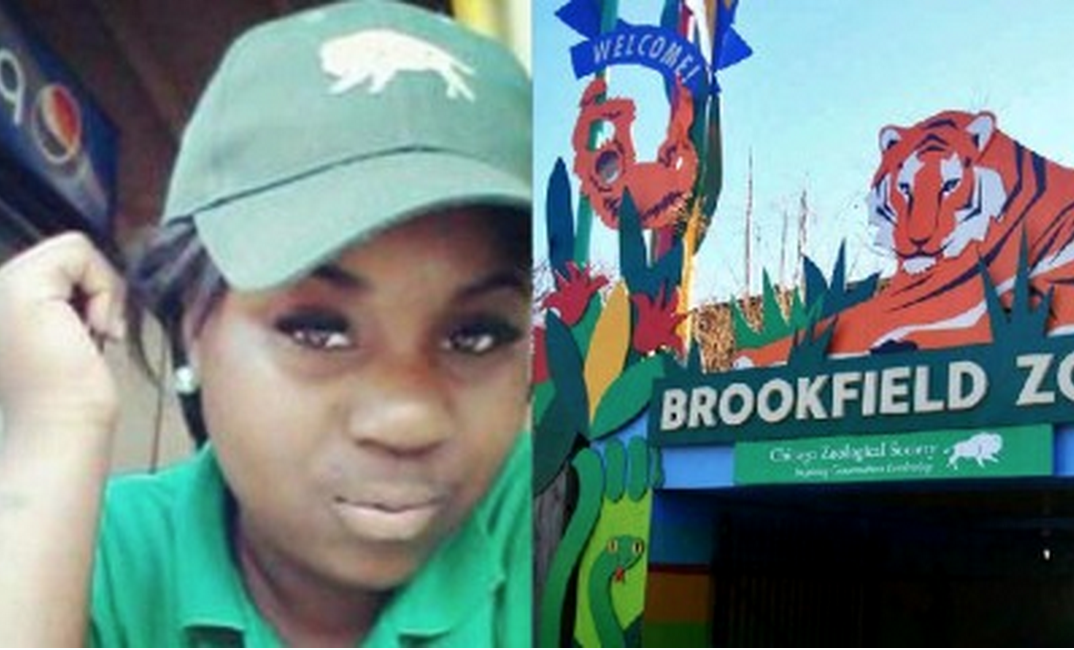 Debate has ensued after Chicago zoo employee Shana ‘Poohpooh’ Latrice came to be fired after the Brookfield Zoo employee took umbrage with zoo patrons by declaring; ‘Wassup y’all? At work serving these rude ass white people,’ on her instagram page.

Whilst Rochelle Latrice Robinson’s initial post may have garnered sympathy and come to be virally shared, zoo officials weren’t too pleased when they soon began receiving a barrage of complaints against their soon to be fired employee’s perceived ‘racist rant.’

From threats to never returning to the zoo, to calls of imprudent employee behavior along with claims that the woman was pulling reverse discrimination to the fore, bosses decided they had no choice but to fire the woman.

Responding to the flak, Zoo spokesperson, Sondra Katzen disclosed the refreshment stand employee had been ‘terminated’ Tuesday morning, whilst acknowledging she had no idea how long PoohPooh had worked at Brookfield zoo.

Coinciding with the woman’s dismissal, the zoo would also release a statement on its Facebook page calling the former employee’s action’s unacceptable.

‘This employee’s statements in social media are in violation of our policies and do not reflect our institution’s values,‘ the statement read. ‘We have zero tolerance for these kinds of divisive behaviors.’

The zoo added they took ‘prompt action to remedy the situation’ Tuesday.

Which is short hand for ‘there’s no way we’re going to risk a potential fall out for a bottom of the dollar rung employee shooting off her mouth, maybe joking, but probably not ….’

The zoo would reiterate: ‘We hope you continue to hold Brookfield Zoo in high regard and not let the actions of one individual overshadow the longstanding good work of the Chicago Zoological Society.’

To be sure the zoo’s statement would inspire a barrage of responses (see below) with many arguing that the woman’s views should not have ever been construed to representing that of the zoo’s, whilst others questioning why the woman took the picture in uniform and hashtagging the zoo.

Since being let go, Latrice it appears hasn’t let the incident bother her too much, having taking to her personal facebook page with a photo of her flipping off the camera, as well as a statement posted on Monday dismissing claims that her ‘rude ass white people’ remark was racist.

Nevertheless whilst an onslaught of individuals have condemned the woman and supported the zoo, others took to creating a Facebook page in support of the woman and her right to free speech.

What do you think? Did Latrice go too far? Did the zoo go too far? Or should Latrice have just ‘kept her mouth shut’ and suck it up as commentators on social media have now suggested …. 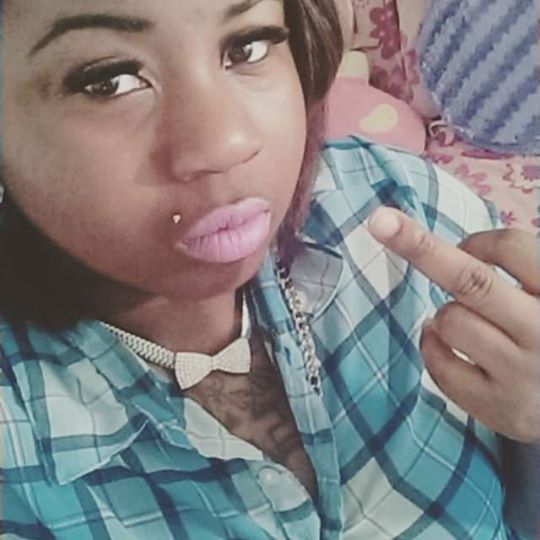 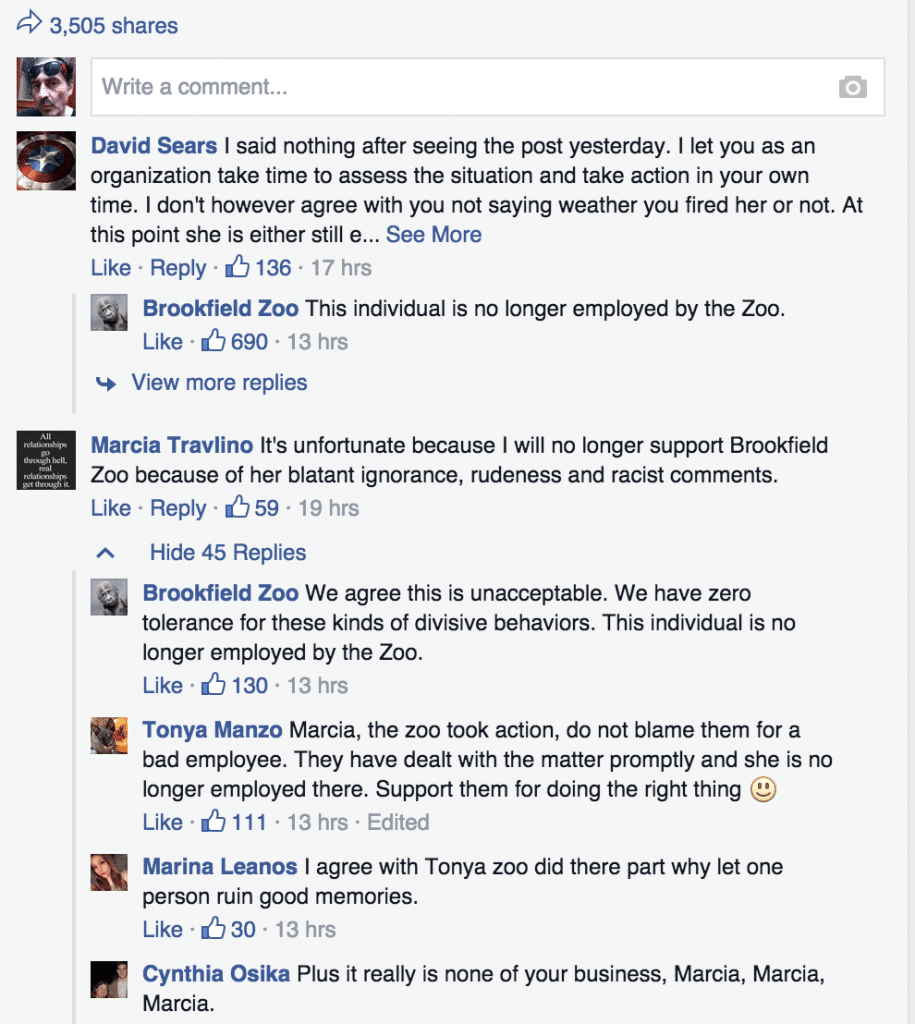 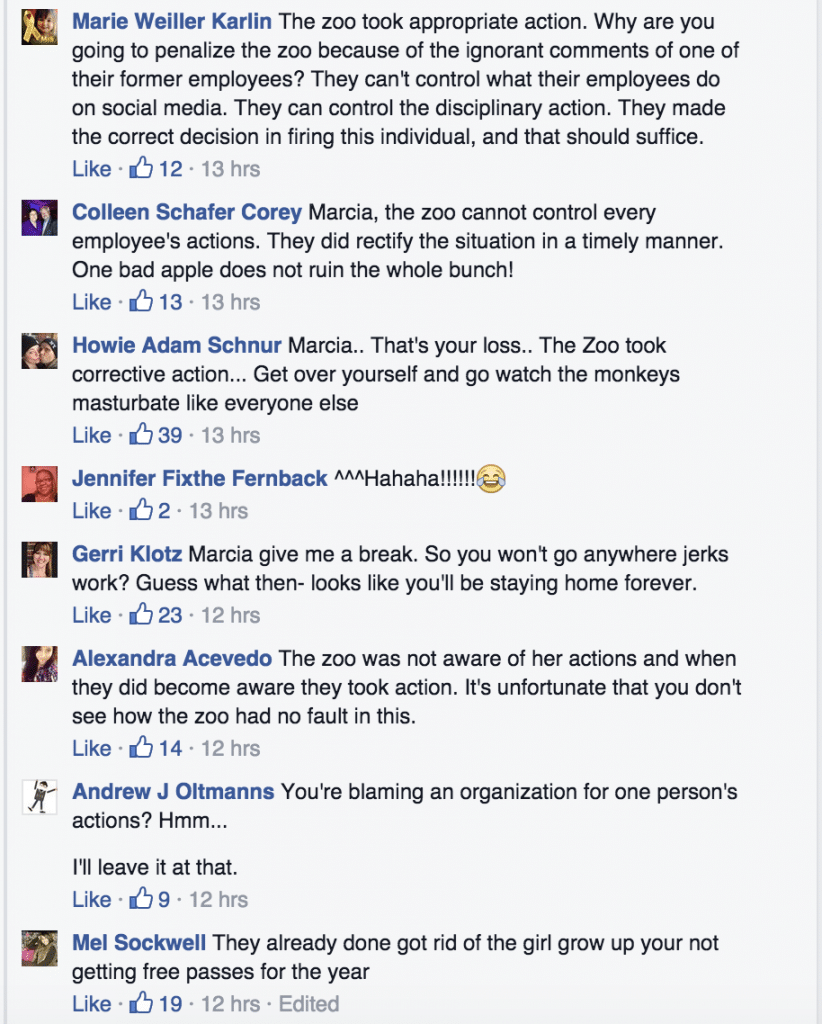 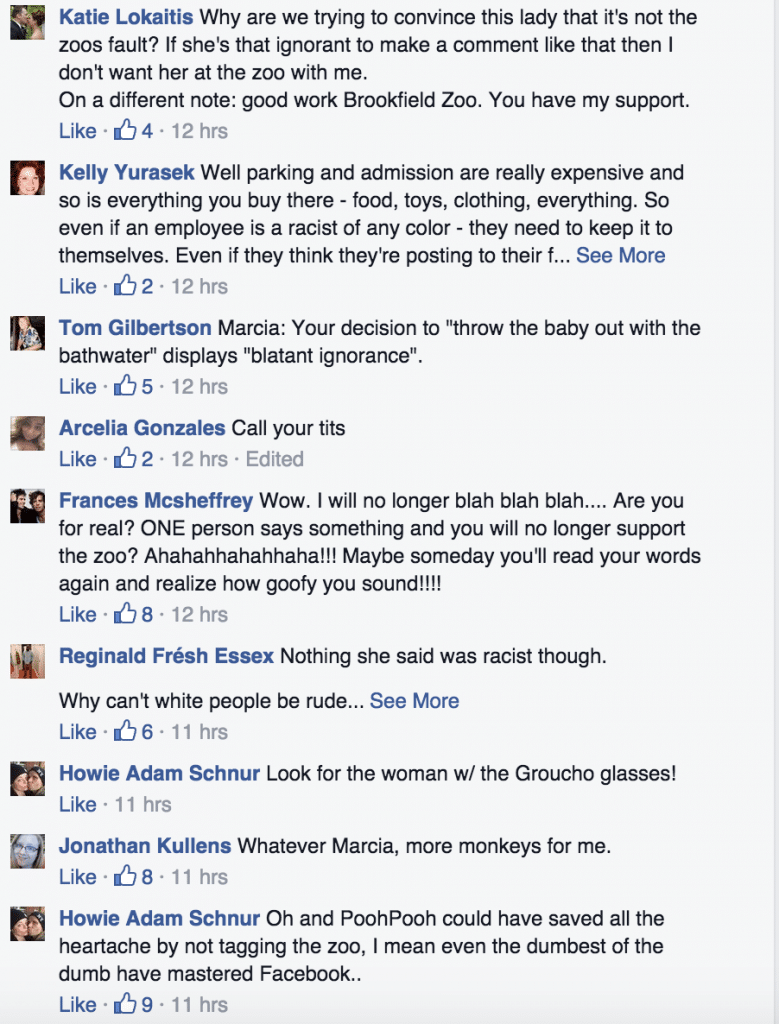