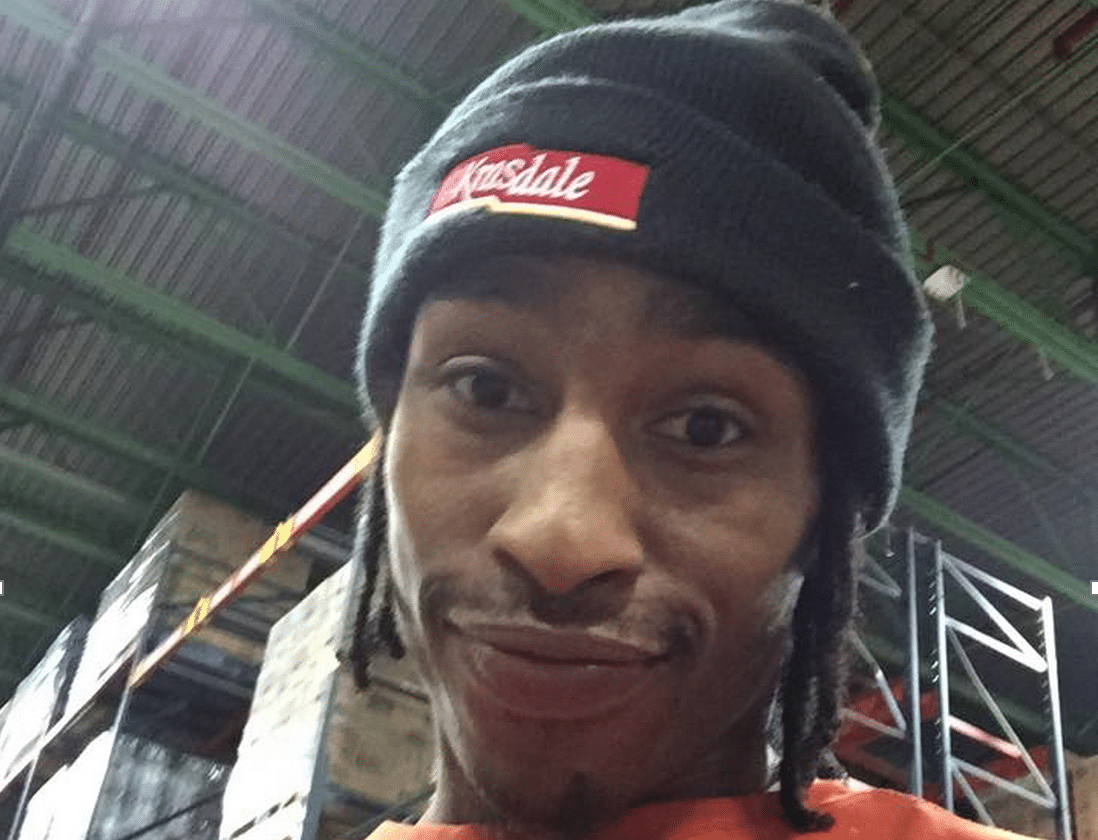 Bronx man, Kareem Cooley, 25 has jumped to his suicide death, two days after cops persuaded the man off a local roof top as he sought to kill himself.

According to a report via the nypost, the suicidal man returned to the same housing complex where he had attempted to kill himself on Monday at East 152nd st.

Whilst Cooley, an aspiring rapper was persuaded to come down after a two hour standoff after cops pleaded with the man, yesterday’s suicide bid would this time lead to the man successfully carrying out his suicide bid as he beat off police who had once again come to talk the man out of jumping.

Jumping off a nearby 21 story ledge at 680 Trinton Ave at the Adams Houses in Mott Haven, Kareem Cooley would be pronounced dead at 9.30 Wednesday morning.

Witnesses would describe the man using a stick to ward off police, presumably much better prepared to end his life.

The incident has since led to an outcry as to whether the suicidal Bronx man ought to have been allowed back on the streets following Monday’s suicide attempt.

At the time of Monday’s suicide attempt, Cooley was taken to Lincoln Hospital, operated by the City’s Health and Hospital Corp where he was given a psychiatric evaluation and released.

Whether the man’s relatives or friends were notified to come and collect the man is not understood.

Why the man was not sequestered to remain at the facility for a 24 hour observation period is also not understood. 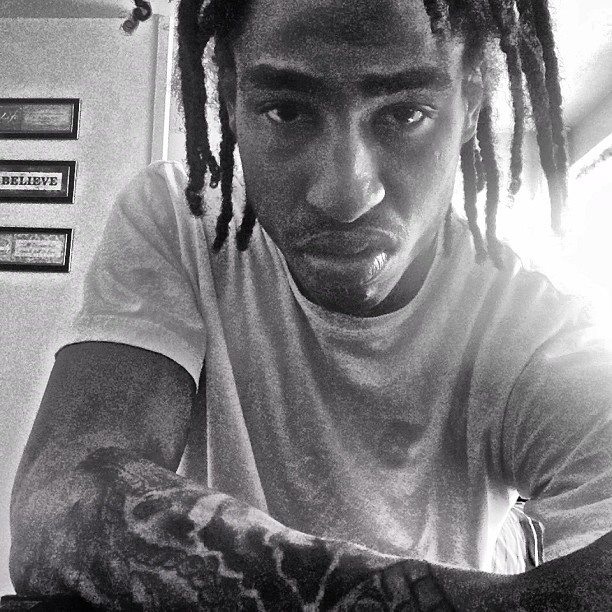 Responding to press inquiries, the HHC told: ‘There is no mandated minimum or maximum period of time required for evaluation or hospitalization. Each case is different.’

Law enforcement sources said Lincoln Hospital is notorious for its lax policies with emotionally disturbed patients — with some released ‘within hours.’

Reiterated the police source: ‘There have been cases where patients got out quicker than the cop who brought him in,’

‘In one case, they asked the person, ‘Do you want to kill yourself,’ and then when the person said no, they let him go.’

Another police source said, ‘If the on-call doctor deems a patient a nonthreat to himself or others, they will give them medication and release them.’

Cooley’s death comes after he posted on Facebook saying he would not ‘die in vain.’

‘This is my last video. These are my last words,’

‘Family take care. Everybody take care . . . It’s not like I got family. I’m really by ­myself, and you know this will be the last time you see me.’ 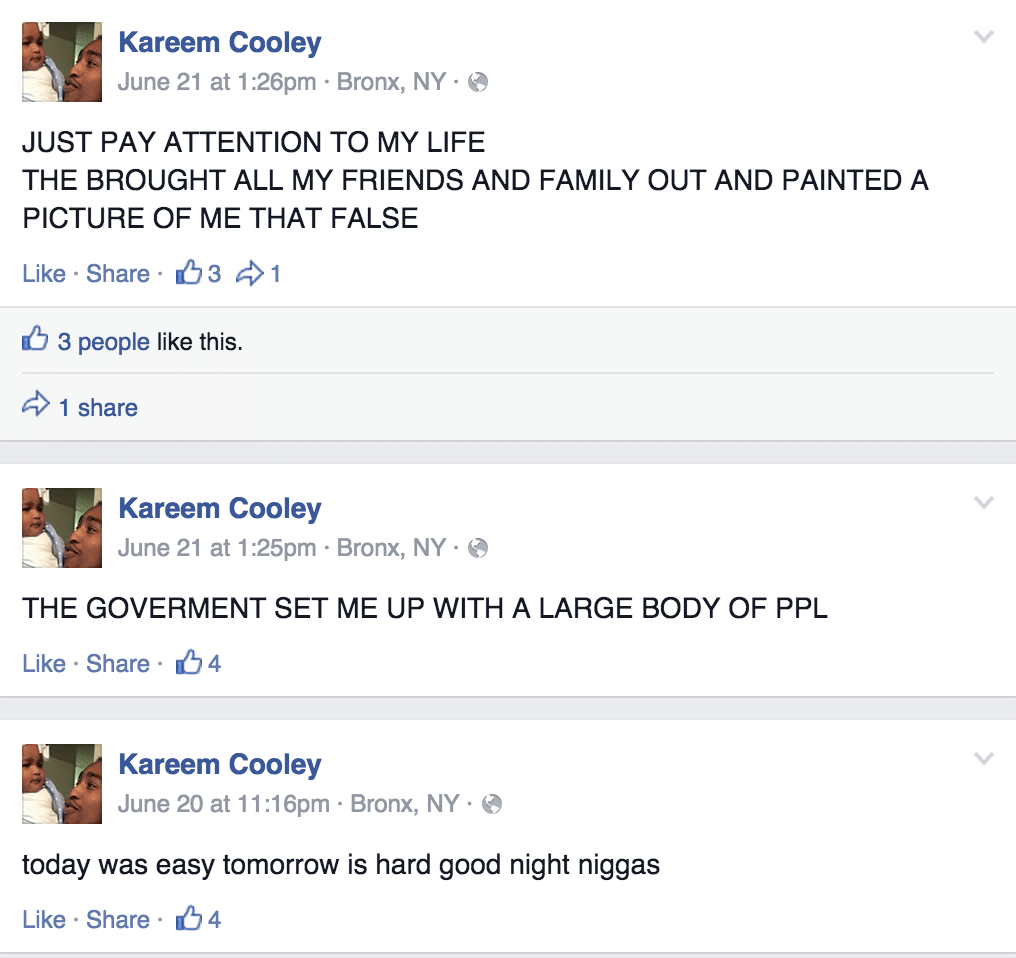 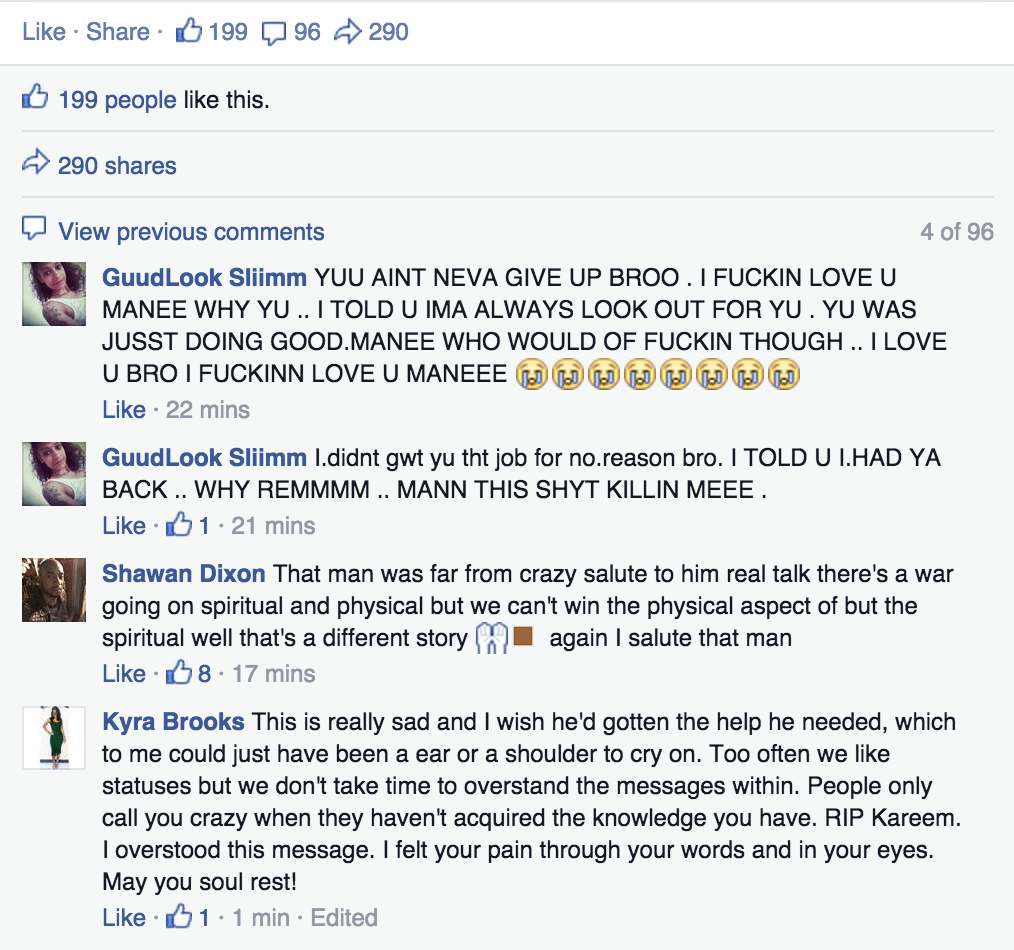 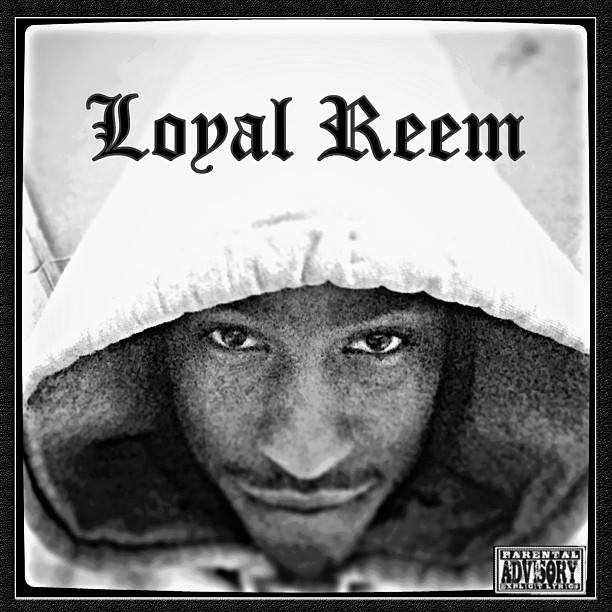 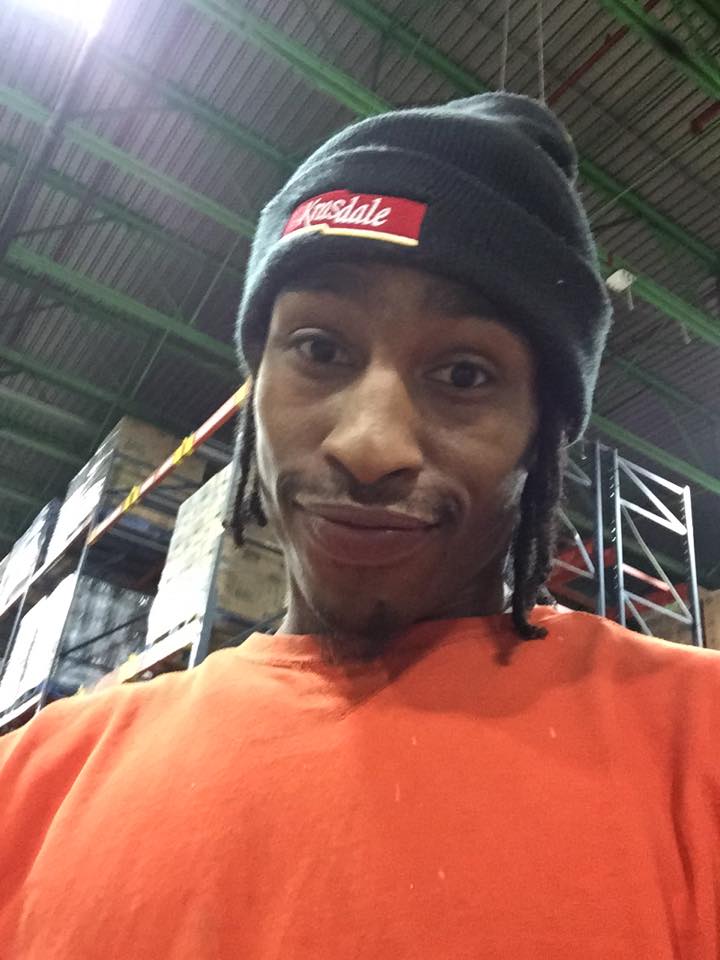