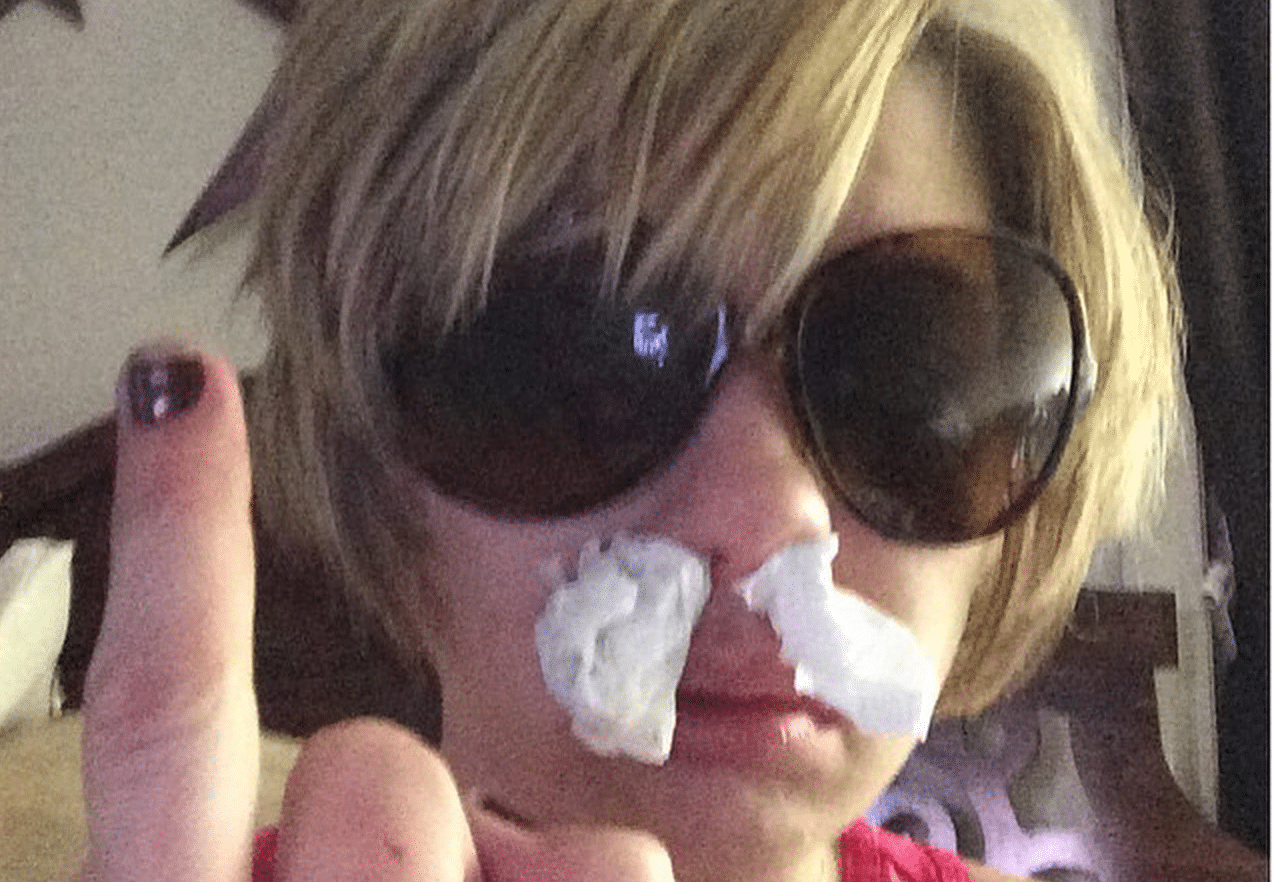 Ashley Casey Martin a Texarkana, Texas woman who claimed being attacked by 3 African men outside of a Walmarts store has been found out to be the racist fake that she never intended.

In a rouse to stir racist sentiment the woman wrote on Facebook that she had been ‘jumped by 3 African Americans outside of Walmart.

Next to her post, Martin included images of her horrific injuries. Her make up injures that is.

It wasn’t too long before commentators caught on to the woman and begin calling her out, with commentators pointing out that the woman’s injuries ran the extent of black eye lines drawn haphazardly across her face with black eyeshadow. The blood pouring down her face was either blush or red lipstick.

@missjia she wasted so much makeup doing this. Smh

In a bid to substantiate matters, the dailydot reached out to both the store and Texarkana Police Department public information officer Mike Jones who both said they had no reports of any incidents.

‘I’ve talked to our detective Sergeant. He has reviewed all of the reports from the weekend and there is no report of this incident,’ Jones wrote to The Daily Dot in an email. ‘There is also no report in our system from a person with the poster’s name. We are confident is stating that this incident, if it did occur, has not been reported to this department.’

Interestingly Martin didn’t back down from her story, instead the ‘battered’ woman took to adding a photo on Instagram with her middle finger positioned in the air with tissues up her nostrils and sunglasses covering her ‘bruises.’

Responded the woman: ‘Here is your police report. Sorry I got jumped by three African American young men. I have 2 black eyes and nose still is bleeding, and somehow I am in the wrong. Enough for people to say it was makeup, how embarassing and very rude quite frankly. I don’t want you pitty [sic] attention anything. I’m just warning there are dangerous people in Texarkana be careful. They did this to me for no reason in front of my 3 year old. At Texas side Walmart.‘

Soon after the woman deleted all of her social media profiles.

A friend later contacted the Texarkana Police Department to say that Martin is ’emotionally disturbed.’

‘We were informed that she is emotionally disturbed and that they are attempting to get her the assistance that she needs,’ the department wrote, adding that they deleted a Facebook post about the incident. ‘We have removed the post to avoid contributing to her difficult struggle.’ 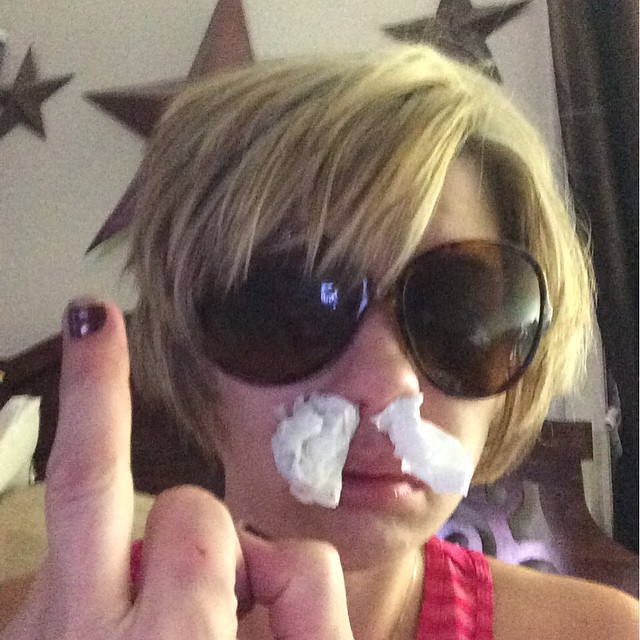