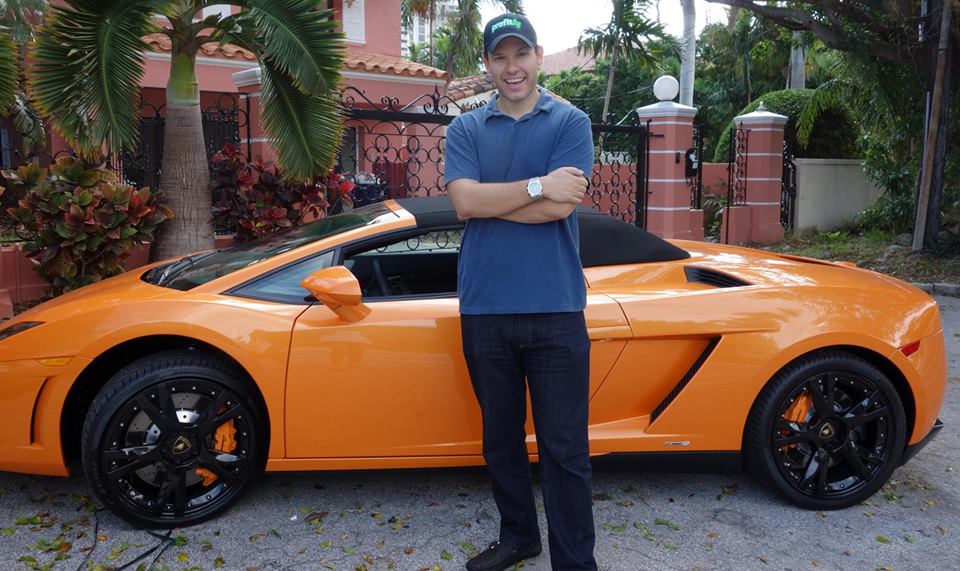 As a former (derivatives) trader myself, coming across Timothy Sykes instagram page aka The Wolf of Instagram, I couldn’t help but on one part be amused that a business venture such as trading had now been reduced to high jinks and replayed photos of one’s wealth and status and on the other hand completely distressed that legitimate punters were actually taking this man seriously.

After all it’s one thing for Kim Kardashian and her sister Kendall Jenner to pump up their image and sell too good to be true images of themselves and things they come to be associated with, but in the world of high finance, risk taking and the selling of services to make people purportedly richer one can’t help but wonder if there ought to be limits?

A former penny trader and failed hedge fund manager, short lived reality star and these days a full time pusher of all things that might just get you rich if you buy his products, Sykes likes to remind current subscribers and presumably future hopefuls that he has it all pegged and will teach you too how to get there. For a decent hefty fee of course. 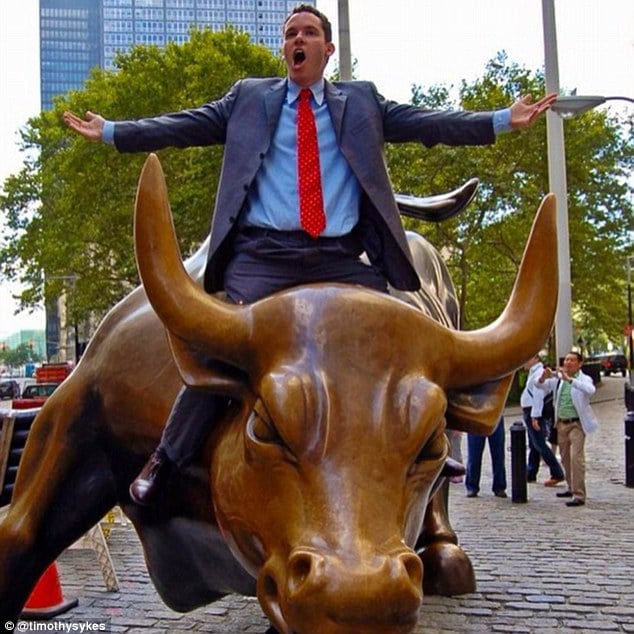 Choice images of the trader/educator/bilker/publicist/reality star/show man/social media icon/take your pick folks include Sykes lavishing with wads of cash by his side, nestled inside luxury cars, afloat on another magic holiday and of course cavorting with his 20 something model girlfriend/fiance, Bianca Alexa.

Yes I am tempted to sign up too. Or am I?

Reflects the showman trader next to a picture of him ‘working’ on his laptop by the sea: ‘Lots of people don’t realise I could have millions more if I buckled down and sat in an office with multiple computer monitors and trading assistants.’

Of course that’s utter crap. Sykes will always stand to make more money peddling the image he wants you to believe of him and by extension of yourself.

A real legitimate trader lives and dies by the sword until he is utterly burned out and surviving by adrenaline alone, a series of drugs, or the promise of ever more profits as he wakes up to another 4 am giddily anticipating the trading day ahead. 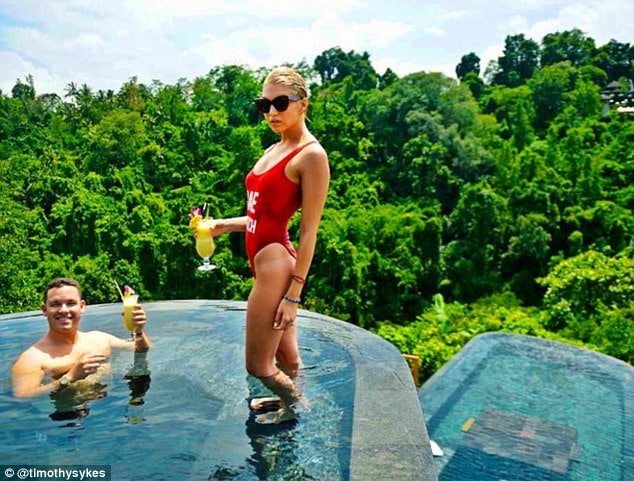 Explains the UK’s dailymail who have bought in to the mesmerizing fiasco that is the wolf of instagram:

Sykes, originally from Orange, Connecticut and now living in Miami Beach, Florida, wants to pass on his knowledge and boasts that several devotees who have studiously followed his example though DVD tutorials and his blog are now themselves multi-millionaires.

He says four of his students are now multi-millionaires and that passing on his knowledge is far more satisfying than his luxury lifestyle.

‘I got started young (yes, you can learn as a teenager) and have worked hard for nearly 20 years to get where I am today…always looking for more dedicated students,’ he posted next to a picture of a rolex and $20,000 in cash.

In his defense the wealth advisor tells he has yet to be arrested, that he isn’t breaking the law when it comes to penny stock trading ( a platform he pushes on subscribers) and is also reminding his followers to embrace a healthy work life balance.

Never mind Sykes work ethic happens to be a 24/7 display of him playing it up in the hopes just like Kim Kardashian and her sister Kendall Jenner you believe the myth and hype and gamble a sliver of your hard earned fortune on the promise of immortality …. 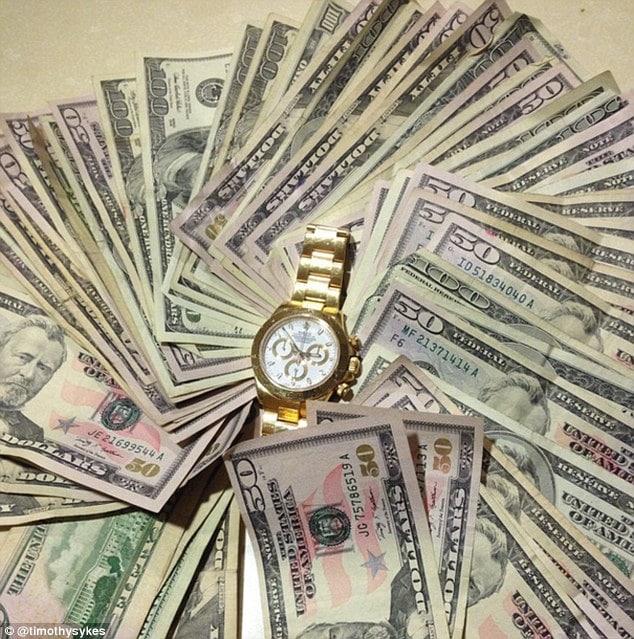 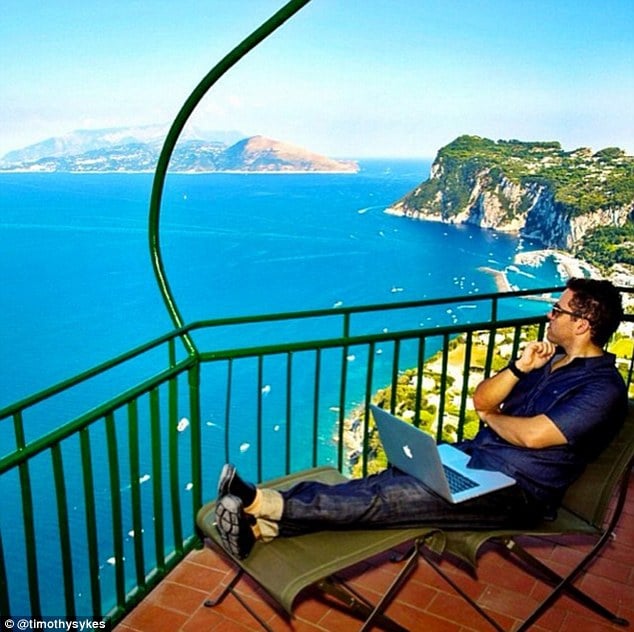 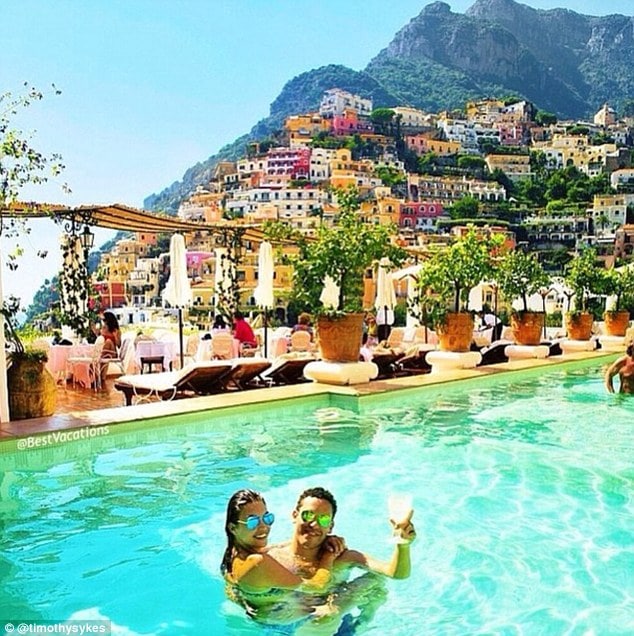 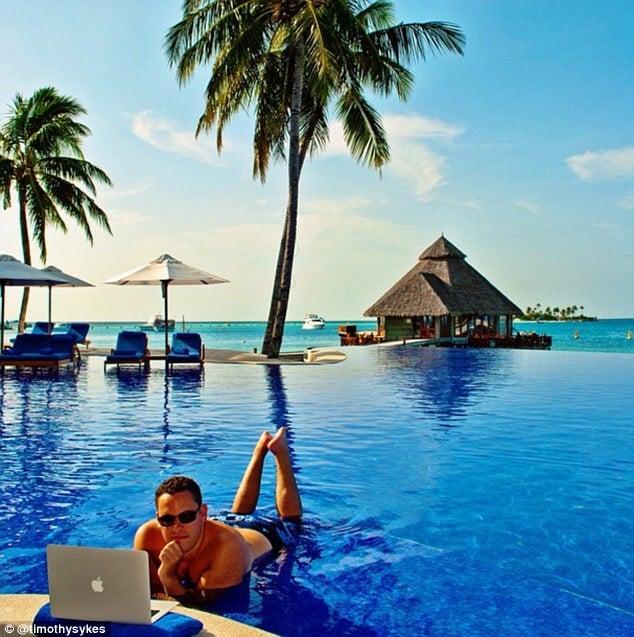