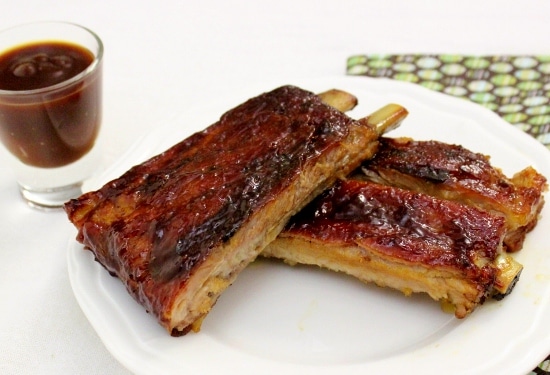 Some bbq lovers take their ribs very very seriously. Case in point, Sabrina A. Davis, a 45 year old Muncie, Indiana woman who has since been hauled to jail after stabbing a woman at a Memorial Day cook out after a dispute erupted over the last rib.

Yes the world can never get enough of baked, bbq ribs. Some of us it seems will even maime, injure and kill for that drizzling savory delectable morsel.

‘What you ate the last rib! But I was saving that for my gizzards!’

According to a report via thestarpress.com things came to a head when Davis, a guest, enraged the host’s daughter after it was disclosed she had eaten the last damn rib.

‘Bixch why do you think I had that sitting on the plate in the far corner of the room!’

Davis told cops that the daughter accused her of ‘taking all the food’ which of course (fair is fair…) led to Davis stabbing the daughter in the eye.

‘Bixch don’t tell me you didn’t eat no rib. I saw you stacking them down one after the other….’

According to cops, the weapon used to stab the daughter in the eye had been the fork that Davis had allegedly used to take food from the pan.

For her misery, the host’s daughter (‘damn house guests, never again!’) suffered two cuts to her eyelid as well as a swollen and bloodshot eye.

Davis insists she had only acted in self defense (‘I told you bixch I didn’t take the last damn rib!’) and that the host’s daughter had been brandishing a knife.

At present, Davis remains at Delaware County jail in lieu of $5000 bond.