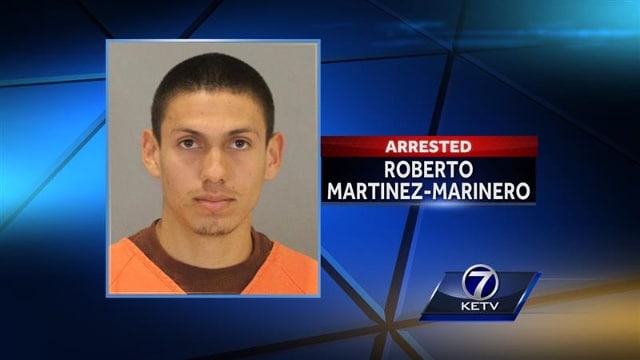 Authorities Friday morning arrested Roberto Martinez Marinero, 25 in connection to the murder of Nebraska mother Jesus Ismenia Marinero after the man arrived at the Douglas County Department of Corrections and confessed to the murder of his mother.

Since the man’s confession Omaha authorities launched a recovery mission at Highway 275 Bridge west of S 229th st in the vicinity of the area where the man alleged he threw the 5 year old boy.

Authorities would also reveal that the five year old boy’s father, Jose Ramirez is also now in custody but only for being an illegal immigrant.

Interviews with friends suggest there may have been warning signs ahead of the attack.

Teresa Rivera-Avelar told Omaha.com Marinero, her friend, had recently asked her to look after her children if anything bad happened to her.

Martinez-Marinero faces charges of first-degree murder and use of a weapon to commit a felony. He was booked into jail around 10 a.m after having arrived at the correction center last night at 9.10pm.

Authorities in the interim have indicated that a wide search for the missing 5 year old boy is now in effect as searchers scour riverbanks whilst a helicopter searched from the air.