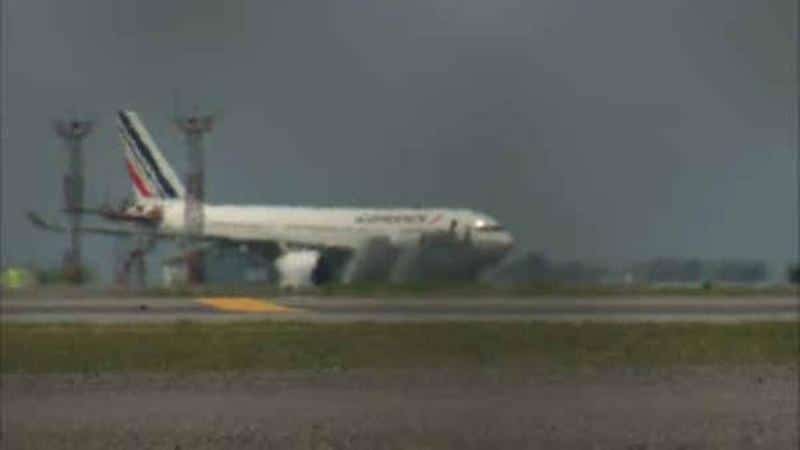 ##Update: Air France Flight 22 has landed and authorities are now screening the aircraft.

According to a report via ABC, the Maryland State Police Fusion center received the call, warning that chemical explosions were on board the flight which is expected to land in NYC some time late this morning, early afternoon.

Scheduled to have landed at 10.25 am this morning, it appears the flight at 11.40 am has yet to have arrived at its final destination.

Although the report is not considered credible at the moment, aviation authorities decided to mandate the Airbus A-330 be accompanied by two US fighter jets which scurried to meet the plane en route to the US.

The plane is now expected to land between runway 22 west and 22 right, is generally known as the ‘hijack site’ because it is the area used in such scenarios. The plane along with passengers will be detained upon arrival as authorities conduct a detailed search of the earmarked aircraft.

Calls to Air France representatives in France are said to have been unsuccessful because it is also a state holiday in France.

At present it is not understood why Air France flight 22 was earmarked and whether there have been other warnings with other airlines and who may be behind the call…?

BREAKING>> Air France Flt 22 from Paris on taxiway at JFK after fighter jet escort due to chemical weapons threat. pic.twitter.com/RT4OpH4W1E