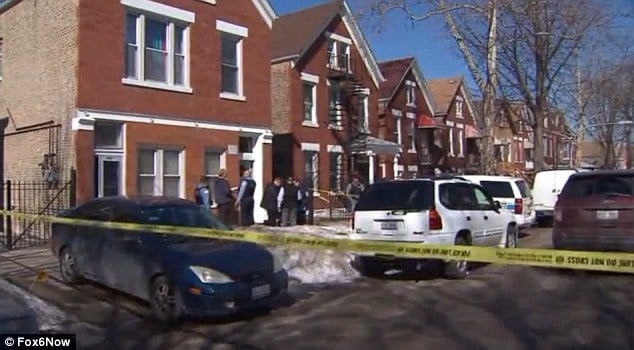 Rosie Herrera, a 9 month old baby girl is dead after the child’s grandmother, Manuela Rodriguez sliced her throat with a power saw cause she wouldn’t stop crying.

Cops would discover the mangled child after being called to Chicago’s West side.

Reports would confirm that the child’s 52 year old grandmother had resorted to a circular saw because she couldn’t get the infant to stop crying.

Speaking on condition of anonymity, an official told that the child’s grandmother is in police custody at a hospital with self-inflicted wounds.

Police would add that both the baby and the woman were found by another relative.

Neighbors would tell that several people lived in the home where the baby was found. Whether other parties were present at the time or had attempted to quell the grandmother is not known.

Illinois Department of Children and Family Services officials said the agency had no prior contact with the family. Authorities said no other children were present in the home at the time of the incident.

A report via ABC 7 Chicago indicated that prior to the suspect taking a circular saw to the child’s body, she tried to quiet the child down by stuffing something down her throat.

Following the child’s killing, the 52-year-old reportedly attempted to take her own life. She would then be rushed to Mount Sinai Hospital in stable condition.

Described neighbor, Brenda Saucedo, 32 who knew the 52 year old woman: ‘She was a nice person, she came to my house,’

‘I’m shocked; she would never do this. It had to be somebody else.’

Told a woman who had known the family for years: ‘The daughter with the baby just graduated from college to be a teacher,’

Ben Llamas, a family friend and co worker of the baby girl’s father, reiterated that the 23-year-old man ‘adored’ his daughter, noting that the father ‘was in shock.’

The father would reserve any public comments.

The family who lived in the house would be described as a nice and quiet family by stunned neighbors who continue to come to terms with yesterday’s carnage.

The grandmother has since been charged with first-degree murder in baby Rose’s death.