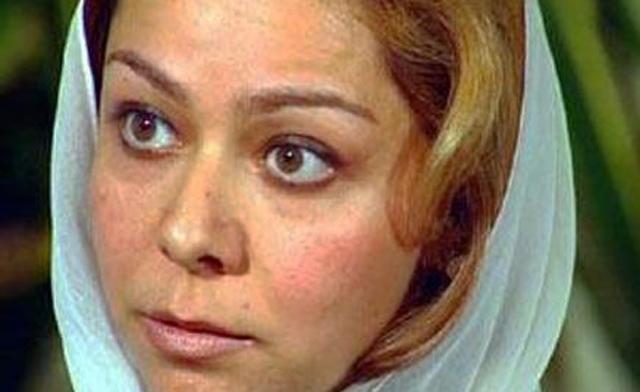 Making headlines is the the interesting story of Saddam Hussein’s eldest daughter Raghad Saddam Hussein who these days is trying to reinvigorate herself as a jewelry designer.

The glitzy pursuit comes despite the outspoken designer remaining a vocal supporter of her father, former leader and tyrant of Iraq as well as an outstanding international arrest warrant issued in 2010 for purported links to terrorism. This on top of Raghad’s unabashed backing of ISIS’s attempts to take control of Iraq.

Tells the 46 year old daughter in a sales brochure for her wares where she has taken to hawking pricey wares, including a ‘£1,320 ($2000 USD) turquoise bracelet designed to match one gifted to her from her father:

‘My dad Saddam Hussein gave me this turquoise many years ago and I kept it safe until three years ago,’ revealed Raghad in a sales brochure for her wares.

‘I chose to place it in this bracelet and create a similar design for those who like this design and want to keep it.’

Notes the UK’s dailymail in an exclusive on the mystery daughter who it seems is keen to reposition her image:

She is, by all accounts, a woman used to the finer things in life: her extravagent lifestyle while living in Jordan has raised some eyebrows.

Her love of designer labels is legendary: she is said to pay for Gucci handbags and £400 Sergio Rossi boots with a thick wads of crisp US dollars.

Whilst Raghad may have a penchant for pricey designer jewelry as well other designer accoutrements (a source reveals she likes to buy shoes by the ‘sack load’) the daughter is also noted to be an avid fan of plastic surgery. Lots of plastic surgery in fact and has to date had extensive extensive work done with one of the top surgeons in Jordan.

That said how Raghad Saddam Hussein manages to pay for her very well to do life (in US dollars no less) has raised questions, with many wondering where her money comes from.

Some speculate that her hosts, the royal family of Jordan have begrudgingly funded her to their annoyance.

That said, possibly aware that her opulent existence in the face of her home country’s ongoing destruction may have tempered the daughter of a former despot as she is now keen to portray a more valiant side of herself as she considers a possible move back to Iraq.

Counting against her allegations of terrorism and being wanted on international terrorist lists, including her ranking number 16 on the American’s most-wanted list in 2007, while her mother was number 17.

Nevertheless the Jordanian royal family continue to refuse to give her up.

It has in fact been reported that when militants last year captured Tikrit, her dad’s hometown, Raghad told Jordanian newspaper Al-Quds: ‘These are victories of my father’s fighters and my uncle Izzat Al-Douri.’ 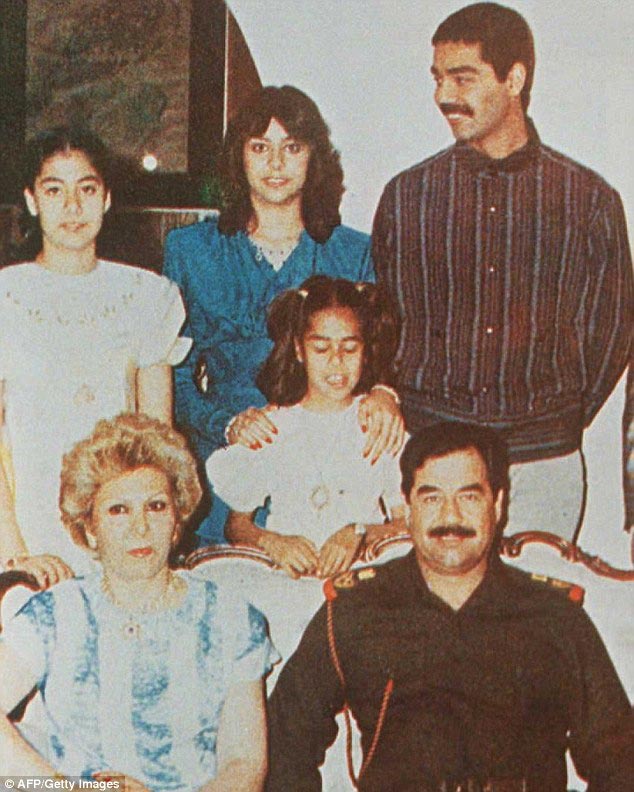 And while she may not practice the overt violence her two older brothers, Uday and Qusay would come to be known for, Raghad is known for her sharp tongue.

‘The store owners are wary of her because she can be a difficult customer and nothing is ever good enough for her,‘ tells one source.

Adding: ‘There’s a shop in Amman called Boutique de Francais that she goes to frequently where the staff are terrified of her.’

Whilst many have since condemned her fallen father, the eldest daughter is known for her her impassioned defence of Saddam, who was captured by American troops in December 13, 2003.

Raghad appeared on television invited the world’s press into her home as she continued to defend her father – the man who, just seven years before, had had her husband killed.

‘He was a very good father, loving, had a big heart, loved his daughters, sons, grandchildren,’ Raghad told CNN in 2003. ‘He was the one we always go to.’

In an interview with The Telegraph the next year, Raghad revealed her home had been turned into a ‘shrine’ to him.

Her admiration for Saddam has clearly not diminished in the years since his death, as the jewelry clearly shows.

Yet what happens next is anyone’s guess…? 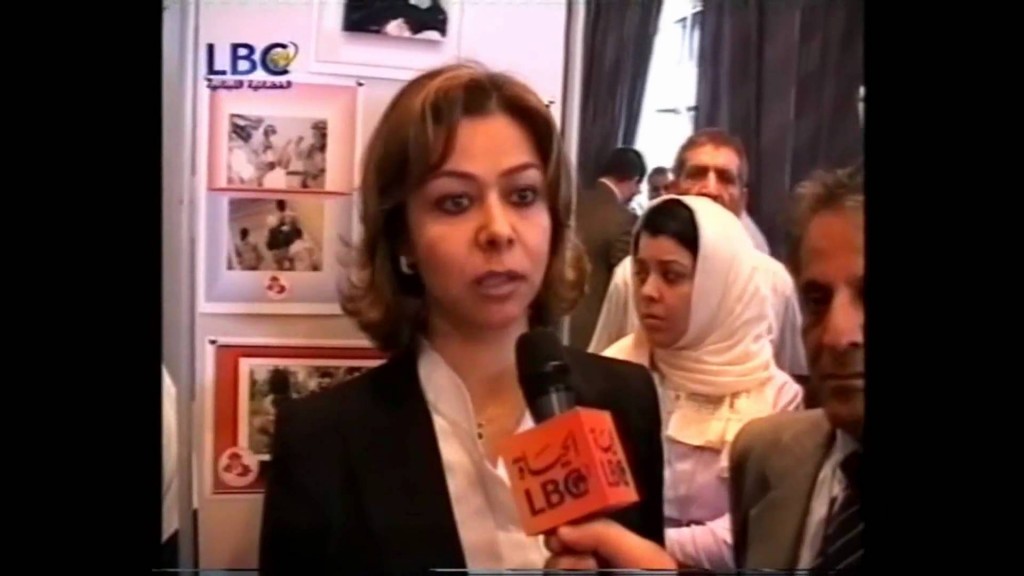 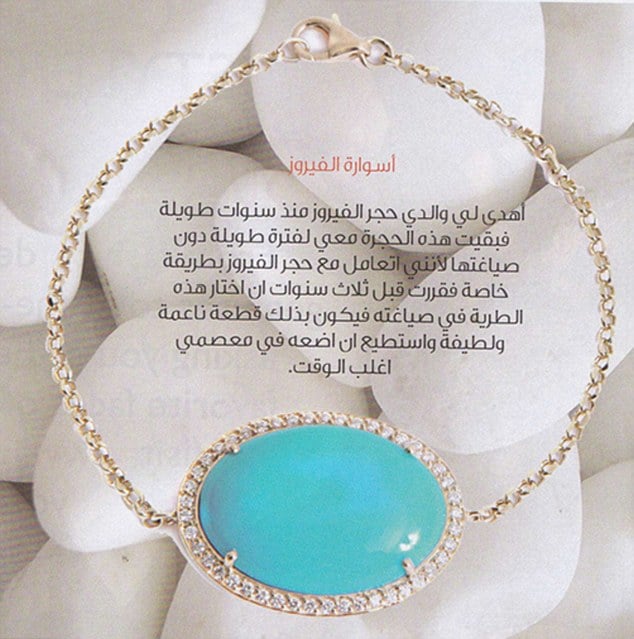 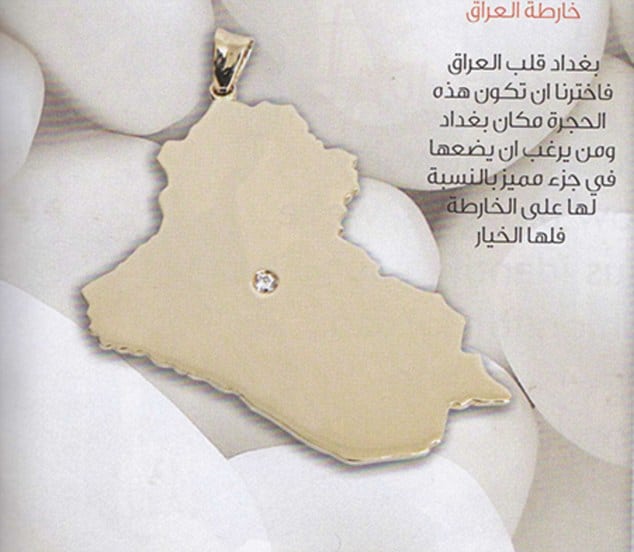 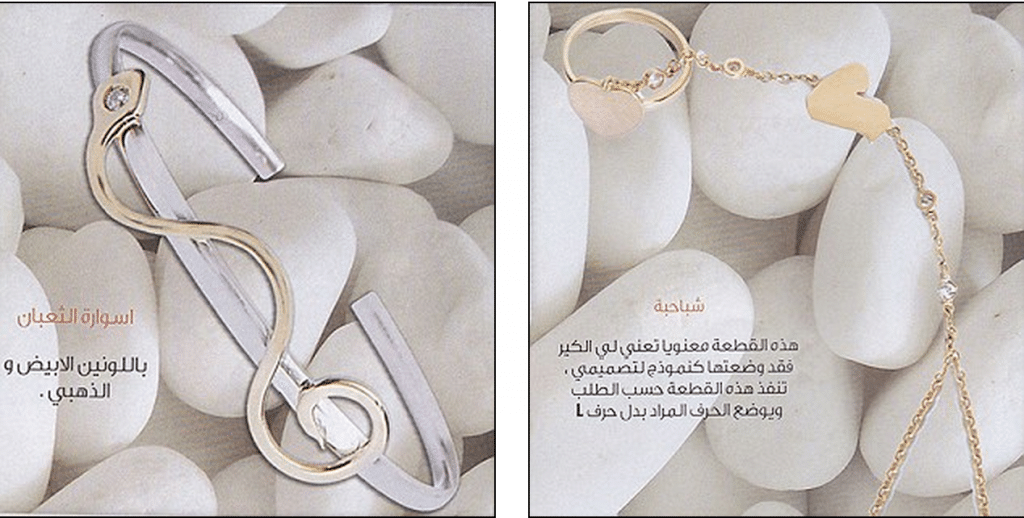