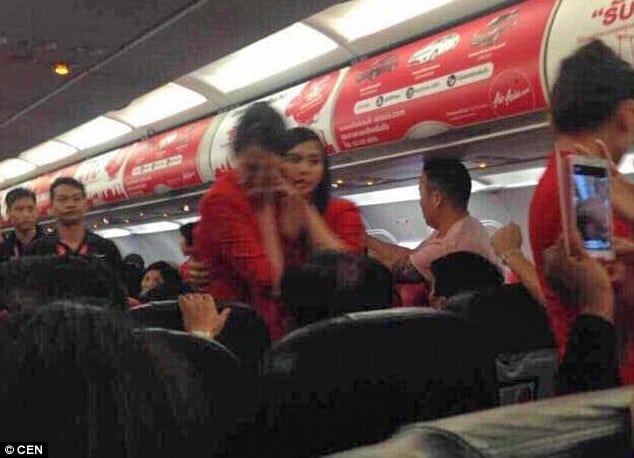 Photographs capturing the moment a Thai AirAsia flight attendant being scalded with hot water and noodles have made the rounds after an unruly passenger lashed out after being told her seat assignment precluded her from sitting next to her boyfriend.

The fracas would come about reports the UK’s dailymail when a female passenger from China en route from Bangkok to Nanjing, took exception to a Thai AirAsia flight attendant who was unable to secure a change in seat assignments which would have allowed the woman to sit next to her boyfriend.

As the attendant came to be attacked, startled passengers equipped with cell phones began taking pictures as the injured flight attendant covered her face and shouted in pain.

Additional photos would show noodles all over the floor of one of the aisles.

Despite cabin crew by now securing the woman a seat next to her boyfriend, the woman’s boyfriend jumped out of his seat and angrily threatened to blow up the plane as the injured flight attendant was tended to by her co-workers.

Round round the merry go round we all shall go who can guess what the view outside is like?

Probed the man would later the attendant was scalded by accident during a tussle over a receipt they had requested for hot water.

That though would be enough to force the plane’s pilot to abort the 90-minute journey to eastern China and return to the airport in Bangkok, where the plane made an emergency landing.

Upon making an emergency landing authorities would board the plane and remove the unruly passenger and her entourage. 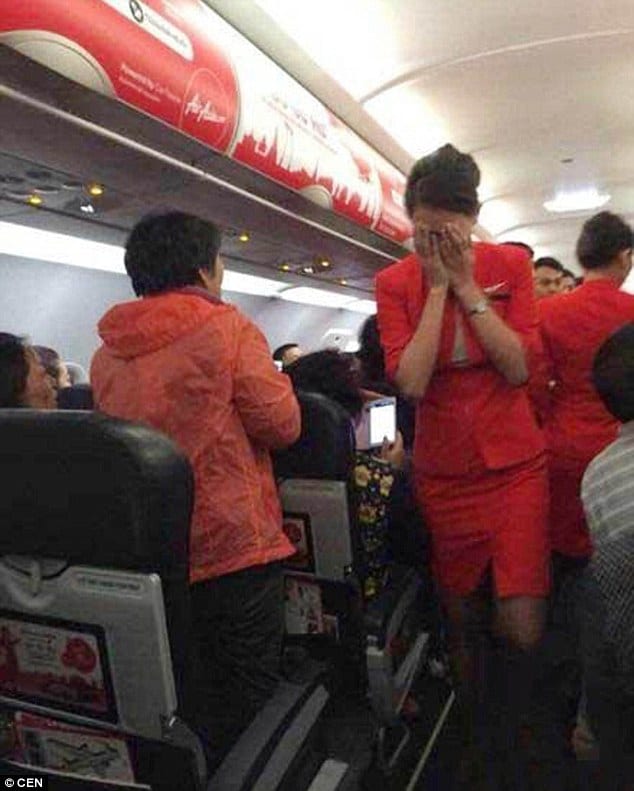 The fracas would come to be resolved at the airport, with airline staff speaking to the woman and her entourage and coming to an ‘amicable’ agreement (define amicable), despite being forced to make their way to Nanjing on a different flight. The U-turn led to a five-hour delay for other travelers.

Naturally it wouldn’t be too long before captured images of the incident would come to be widely shared on social-networking website Weibo, where they have since become a focus of attention on the aggressive behavior of ‘self entitled commuters.‘

Other commentators including China’s state run media would call the commuters ‘barbarians,’ with Chinese authorities since vowing to severely punish the group for giving Chinese tourists a black eye.

China’s National Tourism Administration would later release a statement saying the commuters had disrupted the flight, hurt other passengers and ‘badly damaged the overall image of the Chinese people.’

The Jiangsu Provincial Tourism Bureau would tell by way of the South China Morning Post that they had asked the provincial tourism association to blacklist the rowdy group.

While it is not known what penalties those on the blacklist will be subjected to, the tour guide who led the group has had their license suspended for a year. 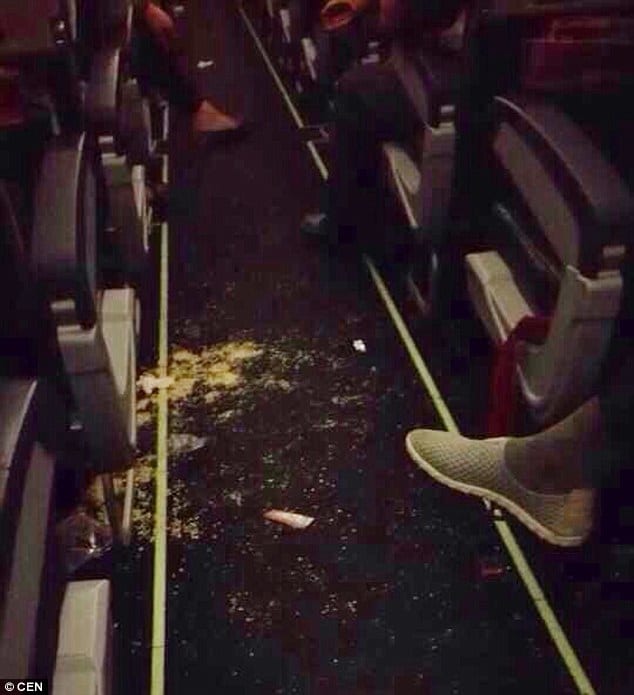 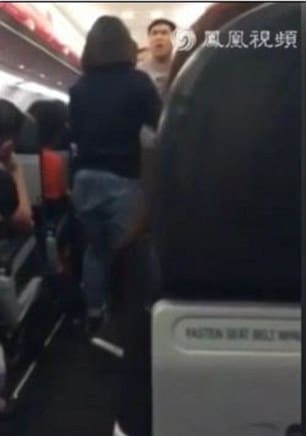 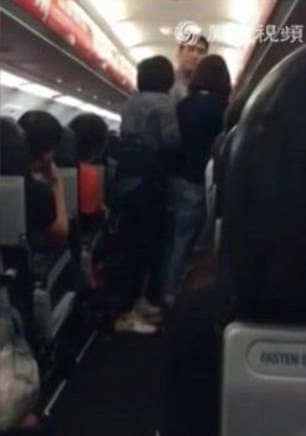 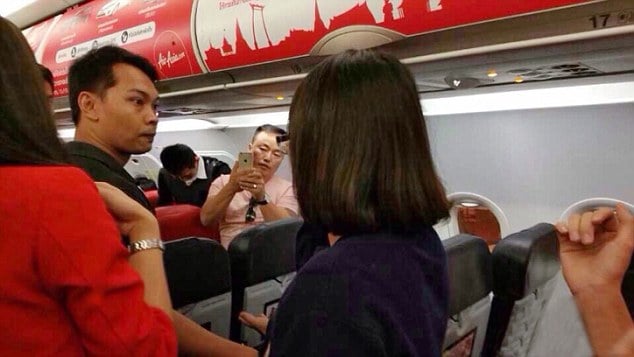 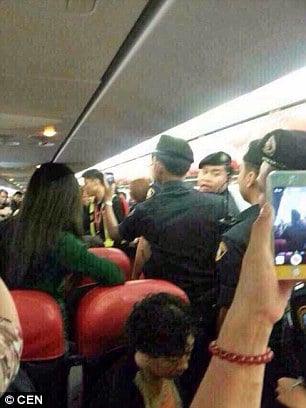 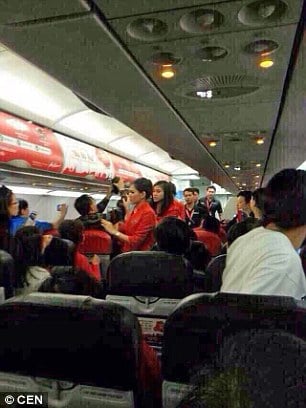 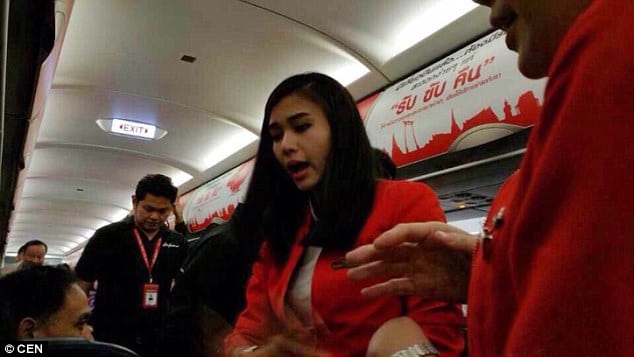 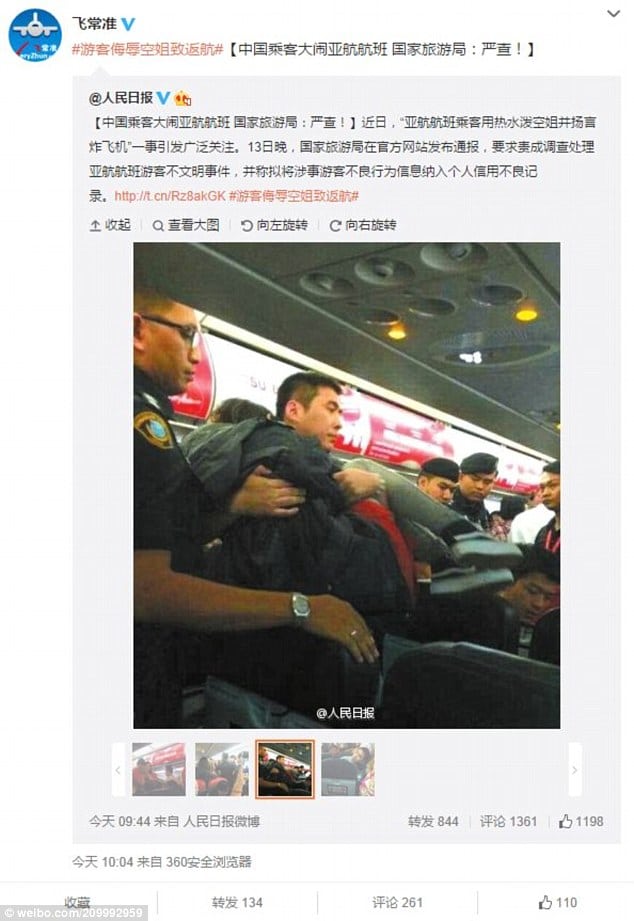