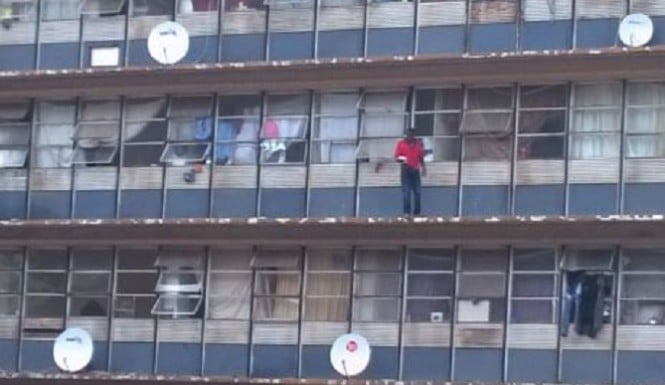 A suicidal Johannesburg, South African man standing on a fifth floor balcony and clutching a bible has jumped to his death after a crowd below implored the man to jump to his death, chanting ‘jump, jump, jump,’ over and over again.

At the time of the incident, last Thursday afternoon, Eyewitness News reports that the Johannesburg, resident was ‘encouraged’ to leap by the crowd as the crowd below chanted ‘jump! Jump! Jump!’ while he was deciding whether or not to take his own life.

Witnesses say the man climbed out the window shortly before 5pm at the corner of Bree and Simmonds streets in central Johannesburg before reading scriptures in front of a large group of onlookers.

Eventually the unidentified man would give the revelers below exactly what they wanted as he finally capitulated, landing on the first floor balcony.

A person inside the flats tried to grab the man but was unsuccessful.

Although Police, metro police and paramedics attended to the scene, the man would be declared dead on the scene. 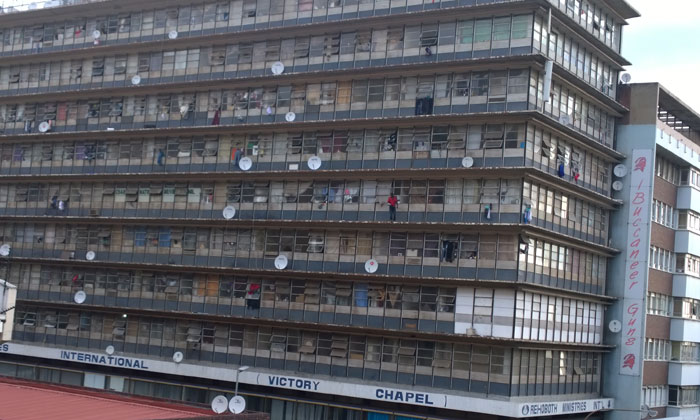 Told South African Depression and Anxiety Group (SADAG)‘s Cassey Chambers: ‘It’s incredibly sad that there are people egging people on to go die. I think we definitely need to question that as society.’

‘It takes it to a whole new level when you have people chanting jump, jump, jump. This person could be incredibly helpless and hopeless, who has a mental illness like depression.’

This is not the first time that such an incident has taken place, SADAG said.

The group mentioned an incident in Cape Town last year where a man tried to jump off the civic centre.

Chambers said people below and on social media were encouraging the man to jump.

Since the Johannesburg man’s suicide, debate has raged as to whether the crowd below were incensed because he had stepped onto the balcony with the bible, fueling the notion that distrust with religion and their lot may have prompted onlookers… 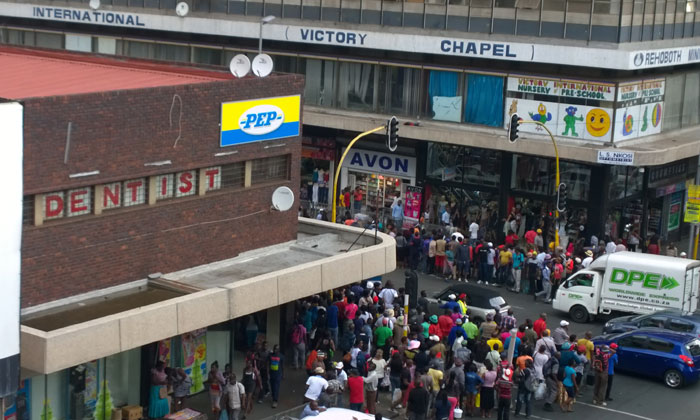 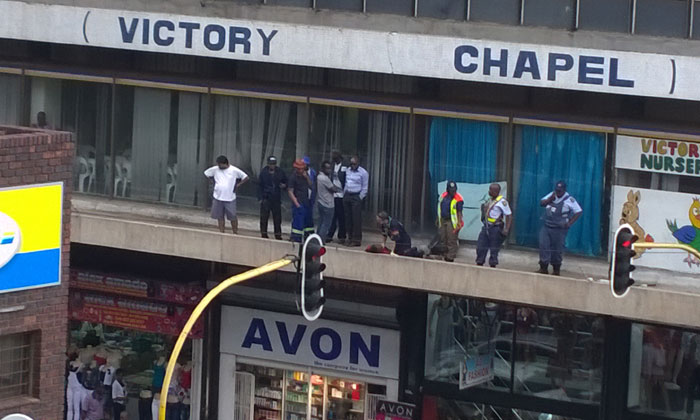