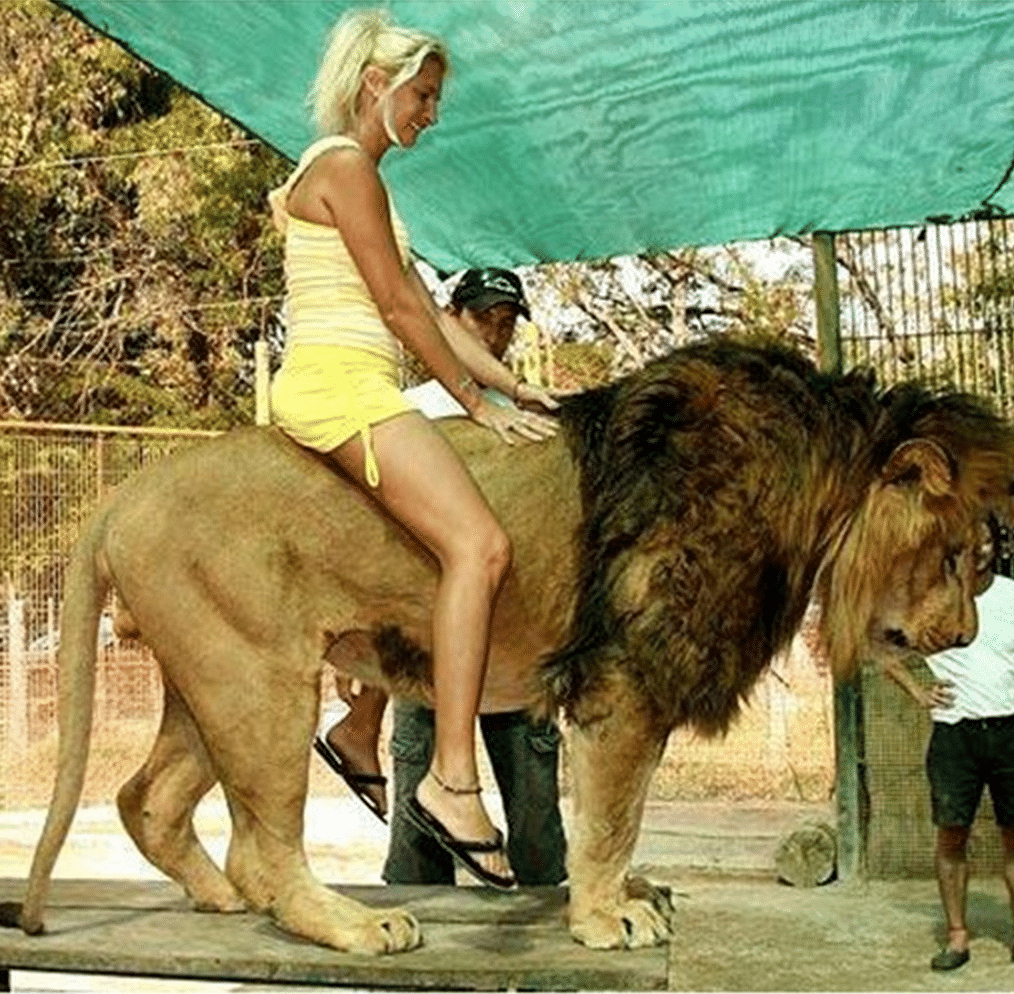 An Argentinian zoo is facing closure after assertions that it drugs its lions so tourists can pose next to them for photo ops.

The accusations against Buenos Aires’ Lujan Zoo come after images of tourists gloating with the animals up close came to be shared on social media. The images would in turn inspire animal activists  to petition the government to put a stop to the practice.

Reacting to the fracas, Leonardo Mascitelli, an undersecretary at Buenos Aires’ Directorate of Wildlife of the Ministry of Land Affairs has told that zoo now faces sanctions or possible closure after investigators were able to join queues were dozens of tourists were waiting to touch the animals.

The outcry comes as the zoo tells it has around 400 animals which promises to offer a ‘unique interacting experience’ in which visitors can pet, stroke, cuddle and even sit on lions, tigers and brown bears.

In its defense the zoo insists the animals are raised with domestic animals such as dogs and a keeper is always on hand in case anything goes wrong.

The zoo would also add that animals are fed prior to interacting with visitors ‘so they won’t feel hungry when a human is inside their cage’. Indeed.

Offered Zoo spokesman Neyen Rivero Longoria: ‘The animals are no more dangerous than domestic dogs because we have taught them the boundaries.

‘We are the only zoo in the world that practices special training in gentleness techniques.’ 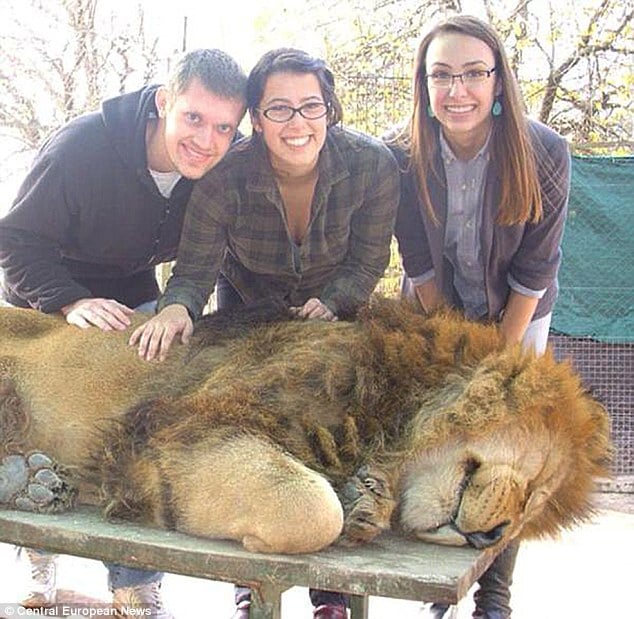 But animal rights groups and tourists alike have lampooned the claims, including on the travel review site Tripadvisor.

One anonymous reviewer wrote: ‘There was one lion unconscious lion passed out on a picnic table. When someone arrived for a photo, water was thrown on the clearly drugged lion’s face and meat was dangled in front of it.’

Another wrote: ‘Since I got there and saw the poor animals, I realised something was happening in there. It seems like these animals are drugged or sedated… It’s just a matter of time until someone gets hurt, and who will be the one to blame?’

Another commentator wrote: ‘It was an amazing experience that I went into a bit naive. The animals are clearly drugged, especially the lions.

‘However, they are taken care of and it was still terrifying to get to get in the cages with them to pet or feed them. You should just know what you are getting into.

‘I definitely would have thought twice about going if I had realised the animals were going to be doped up.’

Whilst a Buenos Aires native wrote: ‘This zoo is inhumane and made my stomach turn the entire time I was there. Yes, you can get close enough to pet a tiger or ride a lion but the animals are obviously sedated and if you have ever seen these beautiful creatures in the wild it is obvious.’ 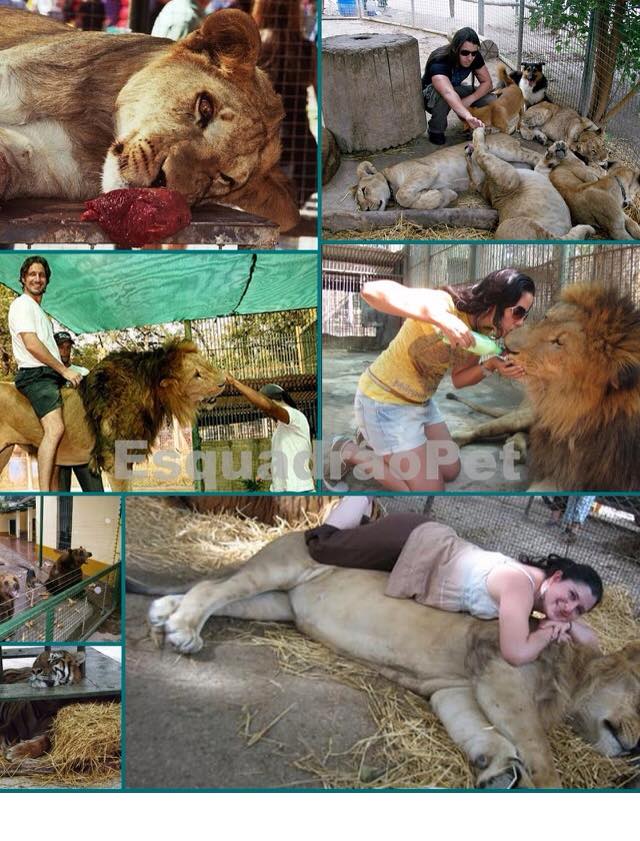 A Facebook group called ‘Close Lujan Zoo’ since set up to call for the zoo’s closure would tell: ‘We are against animal mistreatment and consider Lujan Zoo to be one of the worst zoos in Argentina. ‘Many of the animals are sedated for the selfish enjoyment of people without conscience. Close Lujan Zoo!’

That said not everyone is against the zoo. Of the 1,800 Tripadvisors reviewers, only 130 said it was ‘poor‘ or ‘terrible’, with more than half (960) saying their experience was ‘excellent’.

Wrote one reviewer: ‘To have been able to pet a white tiger was a dream come true for me. I’ve loved them since I saw the tiger on the cover of my science book in high school. That experience definitely made up for the negative things we encountered at that zoo.’

Whilst another added: ‘I would say it’s not likely the animals are being sedated, but rather that they’re well-fed and raised with dogs.’ 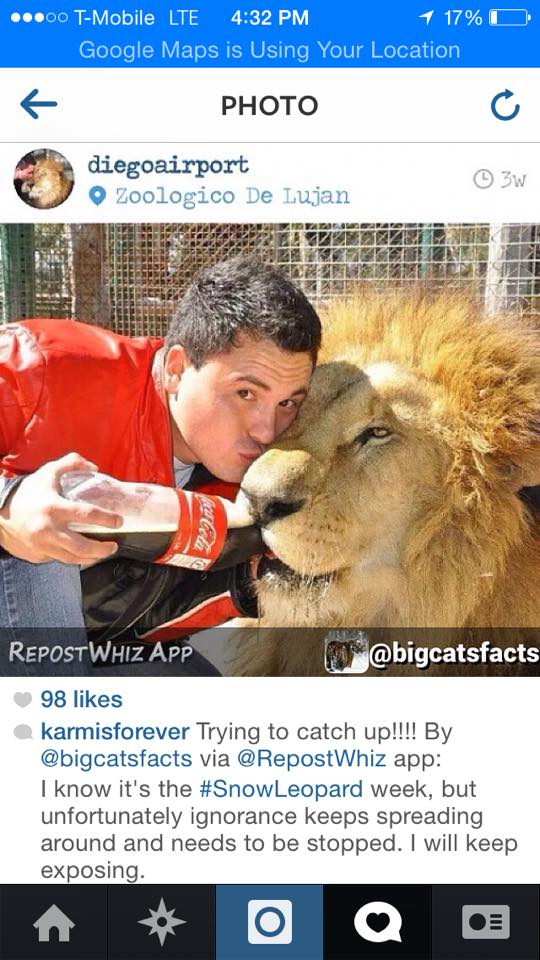 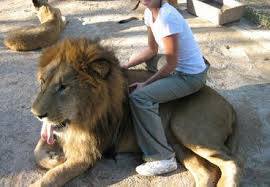 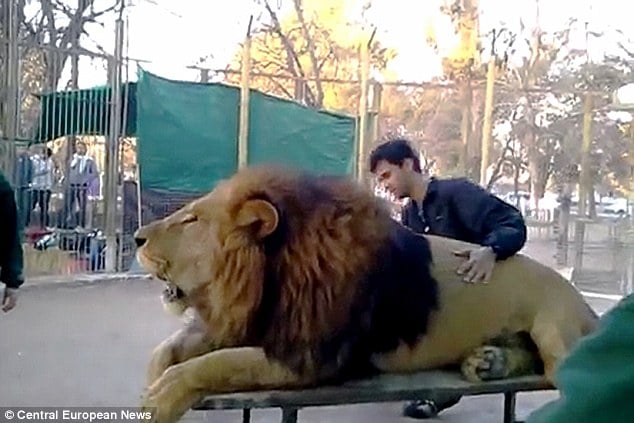 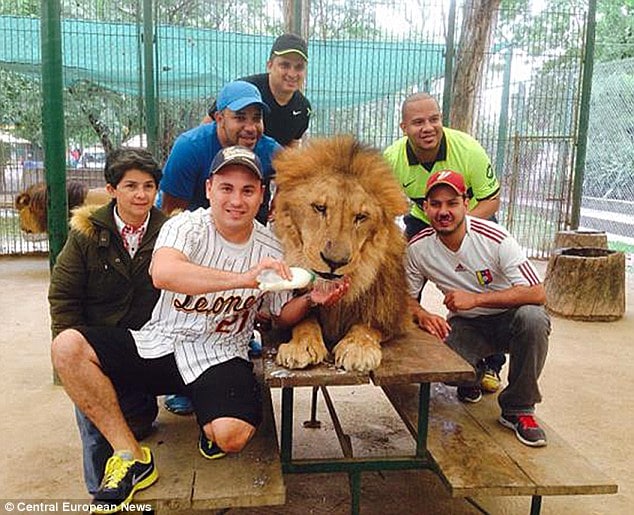 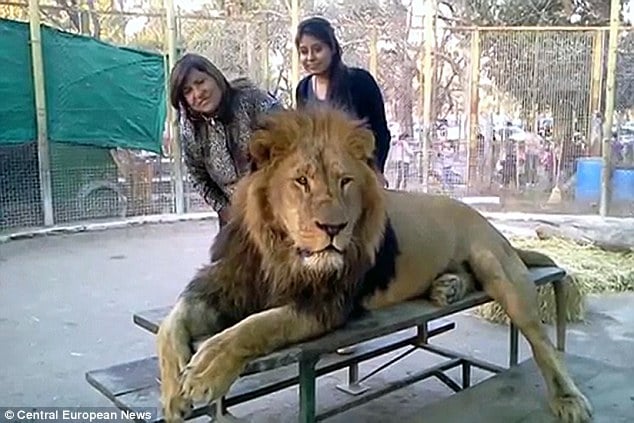 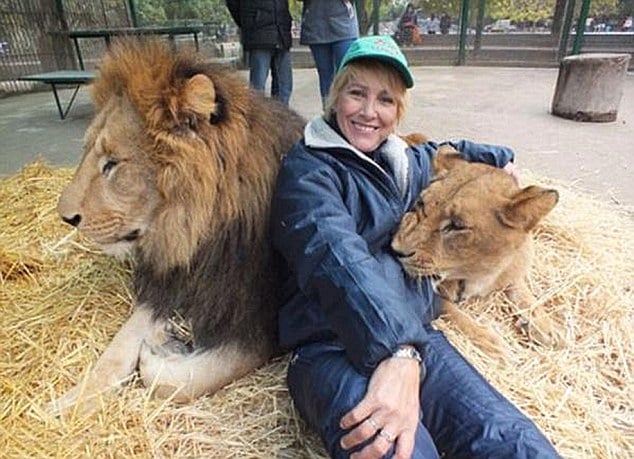