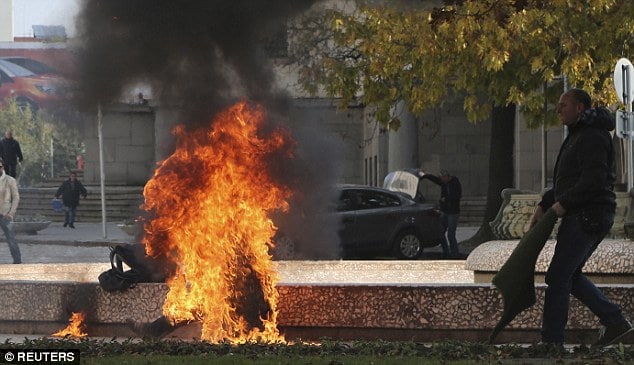 A Bulgarian woman has caused disconcert after setting herself on fire outside the president’s office in the capital of Sofia.

Bystanders reports the BBC rushed to put out the fire after the 38-year-old set herself alight in the street, saving her life.

The woman is now in critical condition after the incident, which coincided with President Rosen Plevneliev discussing the formation of a new government following an inconclusive election last month.

According to witnesses, the woman stepped out of a car in front of the building, setting herself alight after pouring a flammable liquid over her hair and body.

Rushed to hospital the woman with burns to more than 90% of her body is said to be in a ‘very serious condition,‘ an interior ministry spokeswoman said.

A doctor at an emergency hospital in Sofia told reporters the woman, named locally as Lidia Petrova, had 90 per cent burns and remained in critical condition.

The doctor told she has a record of mental illness, but did not elaborate. It would also be noted that the woman comes from the region and has an 11 year old son.

The incident took place as President Plevneliev was discussing forming a government following the inconclusive October 5 snap poll in Bulgaria, the poorest country in the European Union.

The centre-right GERB party won the vote, but lacks a majority, and is currently holding talks to form a minority government and secure outside support from a nationalist party and a centre-left faction.

In the first months of 2013, Bulgaria was rocked by demonstrations which brought down the centre-right GERB government.

Although the woman’s motives remain unclear,  her action comes after seven people set themselves on fire across the country in the spring of 2013 in protest against low living standards, a banking crisis and suspected corruption among Bulgaria’s political elite. 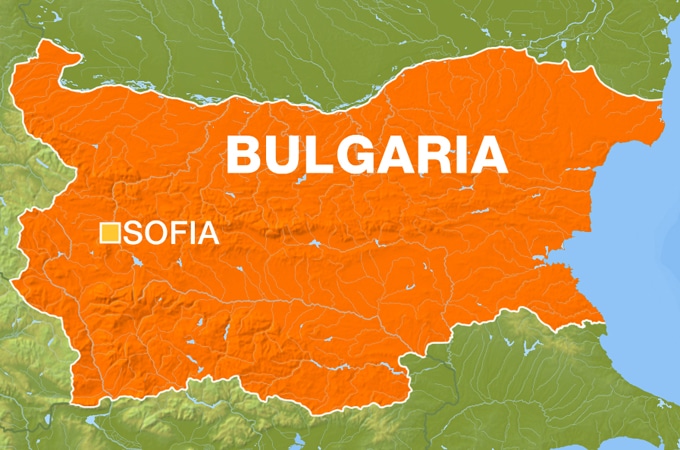