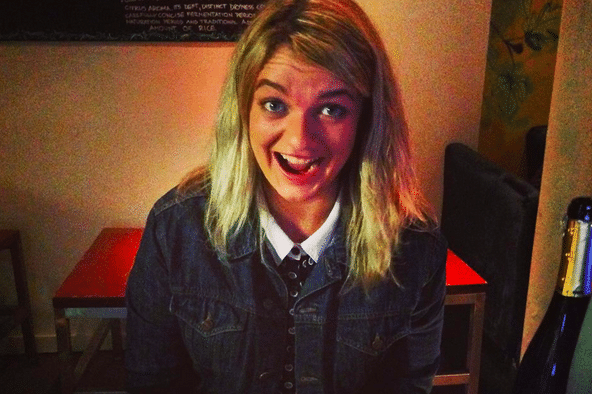 For most of us, finding out a foreign object (never mind a live one) is living in one’s nose would be an obvious observation which would render one speechless. Not so in the case of Scottish woman, Daniela Liverani who only found out three weeks in that a 3 inch leech had taken residence inside her nose. Which begs the question how?

According to the Daily Record, Livera had been backpacking through Vietnam when she began to experience nosebleeds, but rather than thinking too much of them (oh well), Daniela Liverani carried on assuming it was all the result of a burst blood vessel from having recently fallen off a motorbike.

Eventually the nosebleeds stopped, but the leech remained. Liverani—who initially thought the leech was congealed blood—eventually figured out there was a blood-sucking worm camping out in her face.

Told the backpacker after having returned to Scotland: ‘When I was in the shower, he would come right out as far as my bottom lip and I could see him sticking out the bottom of my nose,’

‘So when that happened last Thursday, I jumped out of the shower to look really closely in the mirror and I saw ridges on him. That’s when I realised he was an animal.’

Liverani said her doctors said the three-inch leech—which lived in her nose for at least a month—would eventually have wormed its way through her brain.

Whisked into a treatment room a nurse and doctor examined Daniela Liverani’s nose using a torch, forceps and tweezers.

The doctor took to using a nose forceps to prise open her nostrils really wide while a nurse and her friend pinned her to the bed.

Offered the backpacker via the UK’s dailymail: ‘It was agony – whenever the doctor grabbed him, I could feel the leech tugging at the inside of my nose.

‘Then all of a sudden, after half an hour, the pain stopped and the doctor had the leech in the tweezers.

‘He was about as long as my forefinger and as fat as my thumb.’

‘He could move so fast as well, which freaked me out. I’ve no idea how he got up there but he’d have got bigger and bigger from feeding on my blood.

‘He had been curled up in a big ball, using my nostril as a little nest, so Jenny and I called him Mr Curly. At one point, I could feel him up at my eyebrow.

‘I asked the doctor what would’ve happened if I hadn’t gone to hospital and she said he’d probably have worked his way into my brain.’

A leech expert, Mark Siddal, curator at the American Museum of Natural History in New York offered the following horrifying account to the Record:

“Daniela could have picked up this leech from water in Vietnam, if she had been swimming.

“Or it could have gone in through her mouth, as she was drinking water.

“Even though it was there for around a month, these leeches don’t grow all thatquickly, so it wouldn’t have been much smaller when it went up there. It would have been quite sizeable.

“It’s interesting that people don’t feel these leeches go up their nose.”

Indeed…. hopefully you will one day.