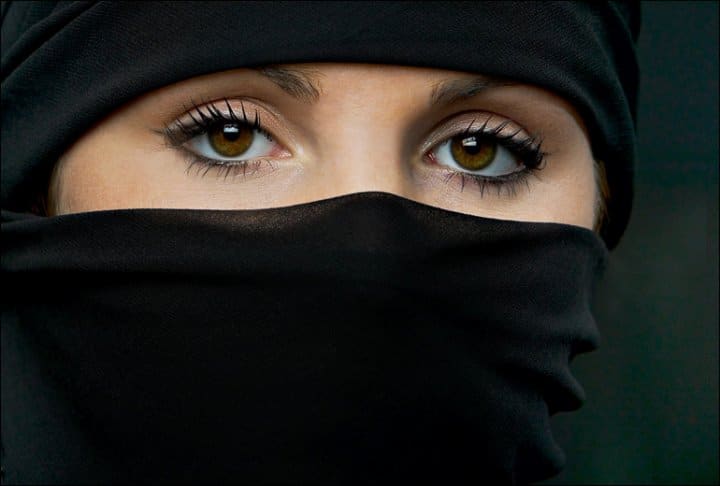 The latest commotion comes as a Muslim woman was forced to leave a Paris Opera after refusing to to comply with cast members performing La Traviata pleas to have her take off her niqab veil.

Told Jean-Philippe Thiellay, director of the Bastille Opera: ‘A singer spotted her in the front row during the second act,’

‘Some performers said they didn’t want to sing,’

The incident comes after a recent 2011 ban on Muslims covering their face in public in France.

The law has since led to women living on housing estates on the outskirts of major cities like Paris (where a preponderance of Muslims live) regularly criminalized with a fine. That said the incident at the Opera was the first instance of someone being ejected from an artistic venue.

The UK’s dailymail reports the unnamed woman is believed to be a well-off woman from a Gulf State, who was attending the performance with a friend.

Referring to a security guard, Mr Thiellay said: ‘He told her that in France there is a ban of this nature, asked her to either uncover her face or leave the auditorium.

‘The man asked the woman to get up, they left. It was unpleasant getting her to leave.

‘But there was a misunderstanding of the law and the lady either had to respect it or leave,’

But other opera lovers in a city historically renowned for its tolerance were less impressed.

‘What possible harm could a woman sitting quietly in the audience with face covered do to anyone?’ offered Guy Laurent, a regular at the Bastille Opera.

‘The woman would clearly have felt utterly humiliated by what happened – French culture should be more tolerant.

‘It is not the job of theatres to enforce petty laws.’

The incident happened on October 3, but it is only now that it is becoming a national polemic.

Technically the woman now faces a fine of just over $290, although there is not thought to have been any police involvement.

The woman and her friend were not refunded any of their ticket price.

A spokesman for France’s Ministry of Culture today said it was ‘producing a new set of rules’ to make sure the so-called ‘burka ban’ was better enforced in theatres, museums and other public institutions.

France,which is home to some five million Muslims, was the first European country to ban the full-face Islamic veil in public places.

These women really need to be protected from themselves.They may claim that they wear it by choice but an indoctrinated or brainwashed person doesn’t act out of choice.

You people that feel the need to defend a woman’s ”right” to wear a niqab have probably never been to Saudi Arabia and don’t understand the bigger picture… Well I’ve been there. First of all, a woman does not ”choose” to wear that, not in the western sense of the word. She is bred and educated like that and is incapable of actually choosing anything. No normal woman in a normal culture across the globe would choose to cover her face for the reasons the muslim fundamentalists of these backward states have made up to further diminish the role of the woman and fully dominate her, to the point that she becomes little more than a brood mare. It is banned for a good reason: in a non Sharia state, it is a symbol of oppression. In a Sharia state like Saudi Arabia, it is oppression.

If a woman chooses to be naked she is allowed and not fined in public, but if she chooses to cover herself, it is a problem. We no longer live in democracies and the so-called free societies.

The Australia government tried to ban face coverings for visitors to Parliament, it was overturned. Now EVERYONE is entitled to were a mask if they choose to.

Obey the rules of your country or go somewhere else