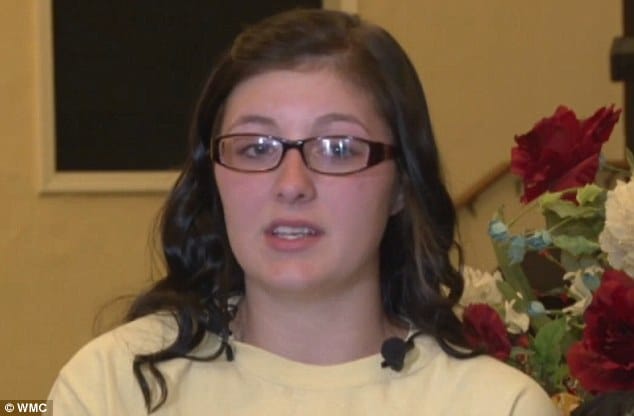 Kendra Turner a 17 year old Tennessee student was suspended from school after telling a fellow student ‘bless you’ after they sneezed.

The student would tell that a teacher at Dyer County High School in Tennessee had banned all students from using Church speech in the classroom.

Nevertheless Kendra Turner didn’t think she’d get in trouble when she took to using the common expression when a fellow student sneezed during class.

Told the student via WMC: ‘She said that we’re not going to have godly speaking in her class, and that’s when I said we have a constitutional right, 1st amendment freedom of speech,’

Saying ‘bless you’ earned Kendra a one-way ticket to the principal’s office where she spend the rest of the school day in an in-school suspension.

Kendra’s youth pastor Beck Binegardner said that this teacher has banned certain words and phrases from the classroom since the beginning of this year, and she has informed the students on their constitutional rights. 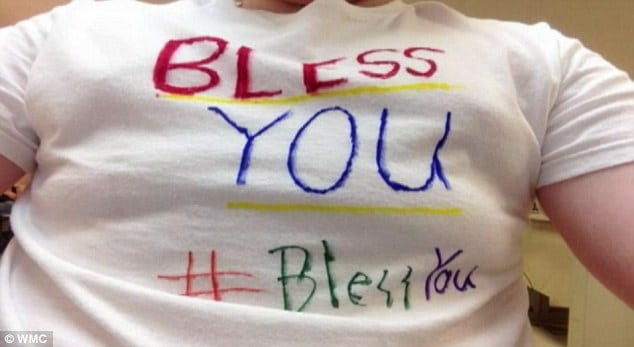 Kendra Turner’s parents have since met with school leaders where they were told that their daughter was being ‘disruptive‘ and ‘aggressive’ in class.

During the meeting, the suspending teacher told at the time of the incident, Kendra had shouted the phrase from the other side of the classroom and then continued to defend her use of the phrase when the teacher called her out for breaking the rules.

Many students at the school have shown their support for Kendra by making their own ‘Bless You‘ t-shirts.

Kendra says she doesn’t want any trouble for the teacher, but wants it known that ‘it’s alright to defend God.

Kendra’s pastor, Steven Winegardner has since told that he’s hoping students will lead a petition drive to force the school to overturn the classroom ban on the words “bless you.”

‘Christians have been told to be quiet, to shut up,‘ he said. ‘It’s ridiculous. Everybody has a right to their beliefs. I’m glad Kendra stood up.’

Reiterated Kendra Turner: ‘It’s our constitutional right because we have a freedom of religion and freedom of speech,’ she said.

I am not even religious and I say bless you. The atheists are taking it way too far. What ever happened to common decency. The teacher and the principal that allowed this policy need to be reviewed. Just as I don’t believe in God, it is this girl’s right to believe in God.