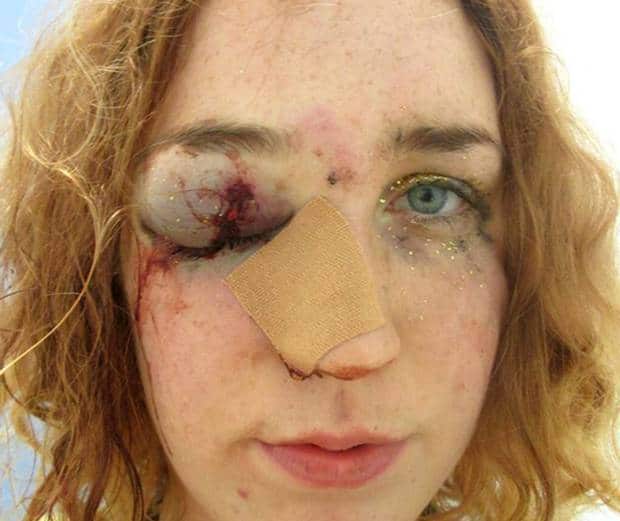 Mary Brandon a 22 year old UK woman has posted a picture on Facebook depicting the after effects of being punched in the face by a male groper after she told him to stop.

At the time, Mary Brandon was attending London’s Notting Hill Carnival when a man took to repeatedly groping her bottom.

Asking the man not once but twice to stop, the man is said to have then punched Mary Brandson with full force in the face.

The man, who then ran off, has not been found.

Expressing her outrage on Facebook and seeking to bring attention to the violence against woman, Mary Brandon told: ‘I pushed him away, exercising my right to tell a man to stop touching my body without my permission, so he took a swing at me and punched me in the face.’

‘I wanted to have a good time but instead I spent 9 hours in (an emergency room) because of this coward. I’m so p—-ed off that this man thought it was OK to hit me because I said no to him.’

Mary Brandon said she hoped the photographs would act as a deterrent to other men, and said anyone who thought such behavior was acceptable was ‘not welcome’ at the carnival.

‘A woman should be able to leave the house without fear of being sexually assaulted,’ she added.

Upon receiving thousands of comments, Mary Brandon took down her post, perhaps as a reaction of the unsettling effects the photo had. It is also thought some commentators may have also intimated she had been at fault and had ‘led the man along.’

Brandon, a student, said she found it particularly distressing that in discussing the attack with friends, she wondered if it would have been better to not confront the groper.

Then she thought better of that idea.

‘Maybe it’d be safer to just ignore it when someone invades your space and body.

‘But I can honestly say I will always stand up to someone who thinks they can get away with this behavior and I’d take a punch again from this loser or any other loser who thinks it’s OK to treat women like this.’ 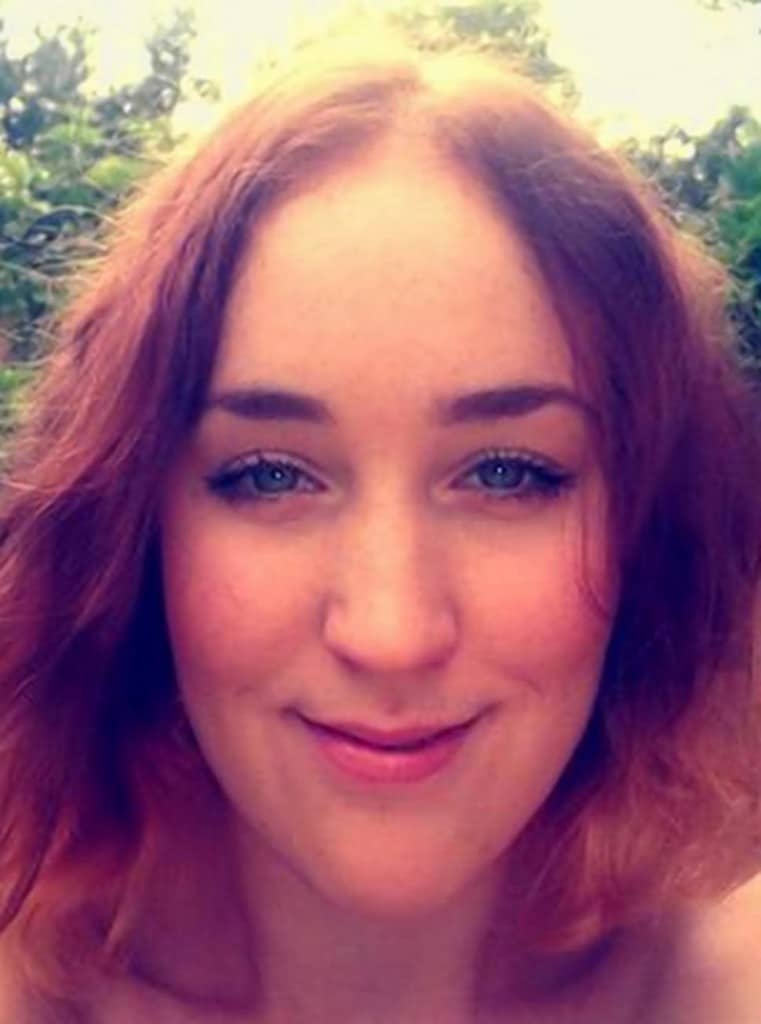