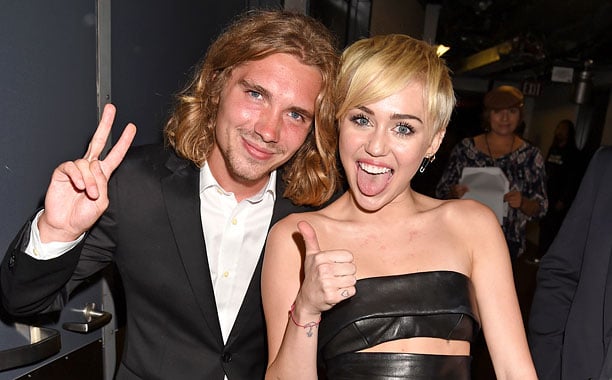 Things are beginning to look sketchy for Miley Cyrus new coup d’etat public relations vehicle, as the homeless Jesse Helt, now revealed to be a wanted man on the run continues to elude police after being wanted by them for the three years.

At first the world took note as ‘model looking’ Jesse Helt, 22 took to the stage on Sunday night at the VMA awards to accept Miley Cyrus’ award for best video, Wrecking Ball. The world was wowed by the young man’s emphatic modesty, his sober story of being homeless (in Los Angeles) and by the fact that Miley Cyrus had now turned her attention from snotty stage antics to that of a meaningful worthy cause, homeless youth in America.

Yet that too might all be compromised as Salem, Oregon police, where Jesse Helt is originally from and has an outstanding arrest warrant, came to reveal that the youth has had a series of infractions and is wanted by cops.

Reports the UK’s dailymail: Helt arrested in October 2010 after he tried to break into a flat where he said a man had sold ‘bad marijuana’ to him.

He was charged with burglary, criminal mischief in the third degree and criminal trespass in the 1st degree. The burglary charge was later dismissed.

On November 23 of the same year, he was given 30 days in county jail, placed on supervised probation for 12 months and fined $572 and ordered to pay restitution, according to Polk County Circuit Court.

In February 2012, Helt made the Most Wanted List for Polk County. He was listed number two on the list wanted for first degree trespass.

Somehow either with the blessing of his family or with their reservations, the young man set out for Los Angeles instead, defiant that he would answer to the law and instead try his luck at making it. Whatever that is one could make it as a runaway necessarily meant.

At first the young man attempted modeling, but then that too appears to have run its course (for now), and somehow either because he ran out of money, was unwilling or unable to pick up other work, or bad habits, or simply return home, Jesse Helt instead found himself roughing it, homeless which is how he came to be discovered by Miley Cyrus when she happened upon the stellar idea of having a homeless youth accept an award on her behalf.

Offered Jesse whilst accepting Miley’s award: ‘I’ve survived in shelters all over,’ 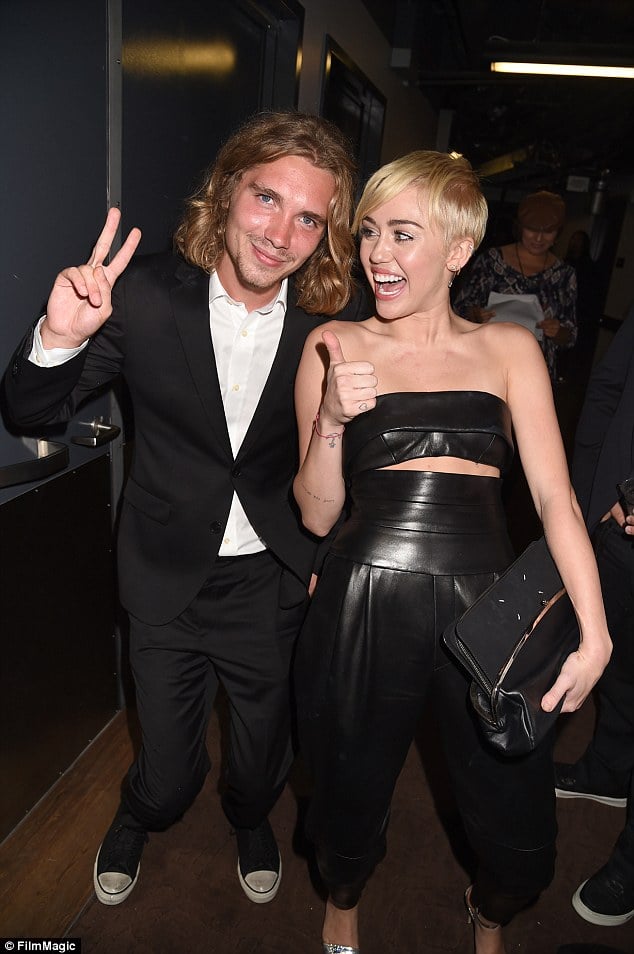 Continues the dialogue on Jesse Helt via the dailymail: On October 19, 2011 Helt reported to Polk County Community Corrections and signed an action plan directing him to participate in a curfew between 10pm to 6am. He was required to stay at his mother’s house during these hours.

Helt was also directed to report for drug testing every Wednesday, but the following Wednesday he failed to turn up.

On November 4 Helt’s probation officer visited the family home looking for him and was met by Helt’s mom on the driveway. She said Helt wasn’t there and that he hadn’t been at the home for ‘a few days’.

That was the last time he had any contact with the authorities before leaving for LA.

He also owes $460 to the Polk County Community Corrections and has an outstanding balance of $1,855.17 owed in court ordered financial obligations.

Perhaps invigorated by his sudden fame, exposure to celebrity and a desire to see his family after a three year lapse, Jesse Helt courtesy of Miley Cyrus bought a ticket back home. Yet Salem, Oregon State were also on to the young man and no sooner had he returned, visited his mother that authorities dropped by this afternoon seeking out their precious new wanted felon, only to be told by Jesse’s mother Linda he had come the evening before and was now not home.

Told Linda Helt, who has three other sons and a daughter, said: ‘He wanted to be in Los Angeles and he had opportunities and he took them, but you know, he’s had his ups and downs like anybody else.

‘It was his choice, he was always welcome, he could always come back any time. If he needed help, I’d help him, we help one another.

Which elicited this response from one reader on the web:  ‘Also, I’d like to point out that the fact his parents are telling the press he could come home anytime does not mean home for him is safe, comfortable, or non abusive. People in happy families, as a rule, do not go live on the streets for years on a whim.’

Speaking of her son’s stage appearance, Linda Helt added: ‘This will change his life, absolutely. This will turn things around for him and I believe God is the one that is doing it, God is making a difference and Jesse believes that.

‘He’s a good kid. He was nervous up there on stage, but that’s how it is when you have a passion for something like he does. Somebody’s helping him and he wants to help someone too.‘

Of course one can’t help but wonder how much of Linda’s thoughts are for the camera man and whether she really means what she is saying or if she may in fact be dealing with an errant son who refuses to mend his ways?

And what does Miley Cyrus think?

Referencing last year’s dicey performance on stage with Robin Thicke (which saw her slide her stark derrier up and down Thicke’s crotch) the performer who has proven once again she is nimble when it comes to working media relations.

Told Miley Cyrus by way of Ryan Seacrest’s radio show:  ‘I really realised it after the VMAs [last year] … there’s something special and there’s only few people that experience this that no matter what I do, there’s no winning or losing, it’s just going to be talked about. Period.’

Irrespective of what happens now, at least Jesse Helt will always know that if one applies themselves, if one believes, if one faces up to their obligations they might make muster, or they just might not. Either way, he will always get to keep Miley’s award (she has allowed him to keep it), that said, one hopes if Cyrus is willing to give her attention and time to a noble cause (are we really surprised that a homeless youth has a broken story to tell?) is whether the young man, Jesse Helt, will in turn return the favor to himself and whether other homeless youth will have the courage to do likewise, not withstanding that there is a mighty shortage of celebrities and super heroes willing to go to bat for them. 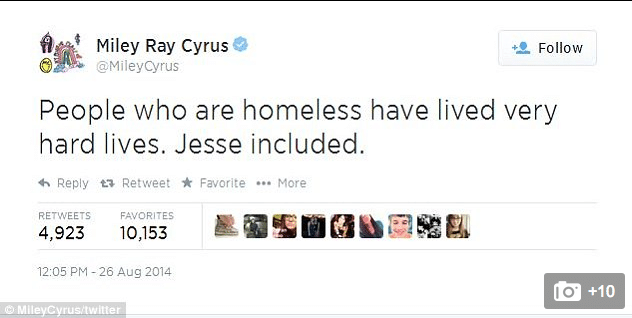 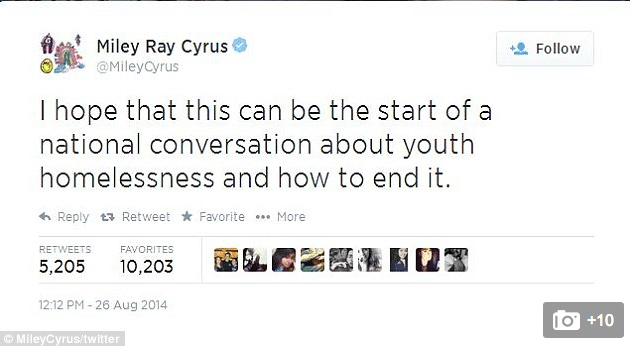