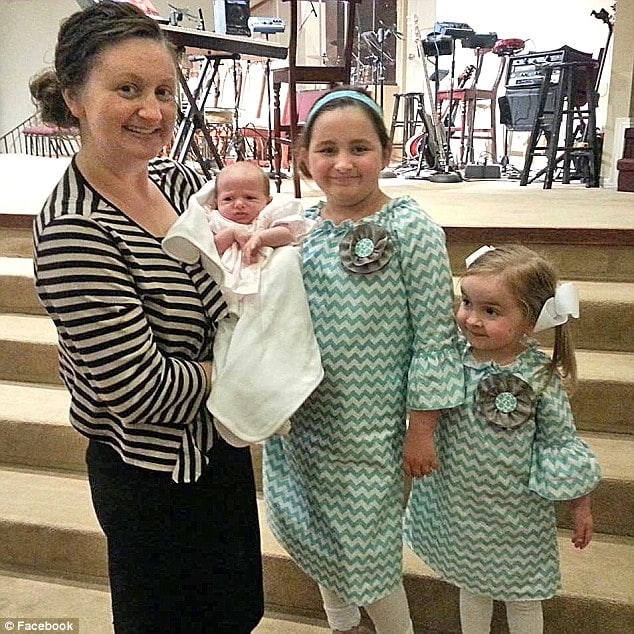 Miranda Sowers is still reeling from the episode which saw the mother kicked out of a Texas pizzeria after she took to changing her 4 month old baby’s soiled diapers on her table.

The mother told she was forced into the situation cause the venue, Brother’s Pizza Express in Spring, Texas where the mother took her three daughters for a meal failed to provide changing tables in their restrooms.

Having gone into the bathroom to change her 4-month-old daughter Reagan, Miranda Sowers came to discover the outlet didn’t have a changing table.

So she changed her baby at her table and believes no customers saw her.

Told the mother via KHOU: ‘I thought you know what I’ve got my own changing pad, she’s tiny, she fits right here on the chair,’

‘So I laid her down quickly and quietly changed her diaper.’

Told Lala: ‘As soon as you start opening the diaper, people start complaining about the smell of the diaper,’

‘Last thing I want is a customer throwing up.’

So Sowers’ order was brought out in to-go packaging and she was asked to leave.

Sowers has since filed a complaint with the better business bureau.

While the owners of Brothers Pizza Express stand by their decision, they say they are looking into investing in changing tables.

Commentators on the web have wondered why the mother didn’t simply bring a chair into the bathroom, if she had a car to go back to or if it was a sense of entitlement that as a mother she could do as she pleases, even confusing the notion that breastfeeding is akin to changing diapers at a restaurant.

According to federal law, restaurants and stores do not need to provide changing tables – or even restrooms for that matter. 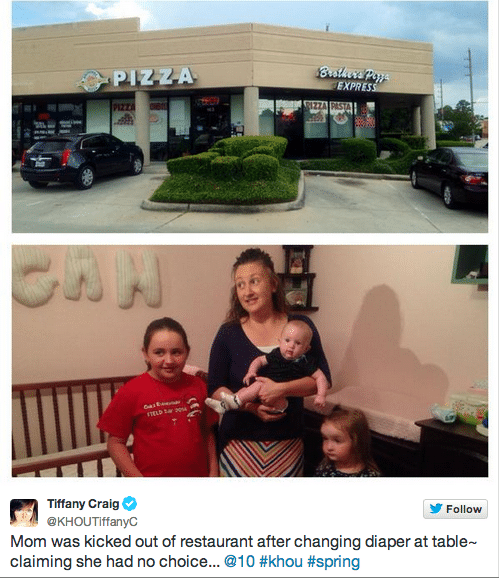