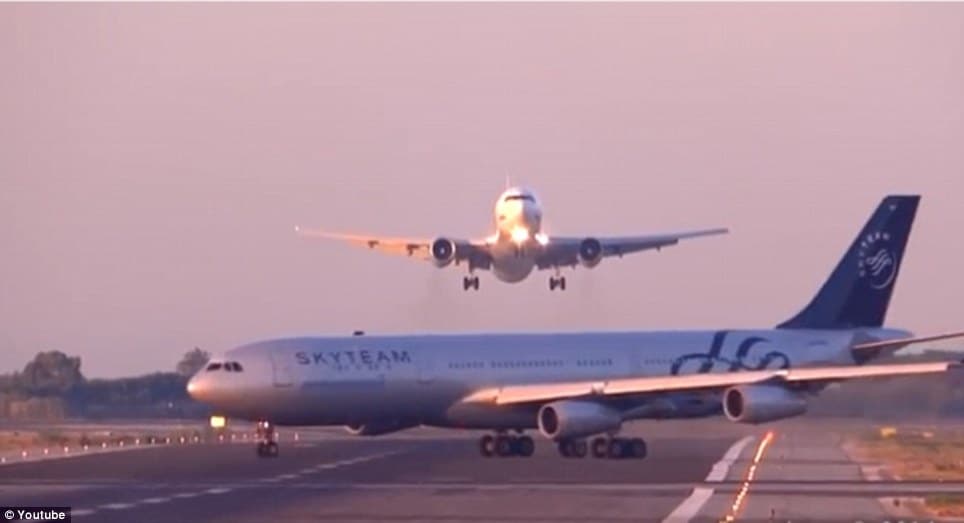 Trending this morning is the incredible footage of two super sized planes at Barcelona’s El Prat Airport airport seconds from nearly colliding. A collision which would have almost caused massive carnage.

The footage reveals the near-miss between a Boeing 767 from Russian airline Utair and an Aerolineas Argentinas Airbus A340 at Spain‘s second most busiest airport.

It shows the Boeing coming in to land on the runway, making its final approach, as the Airbus, getting ready for a flight to Buenos Aires, taxis across its path.

The Boeing is forced to abort the landing, with the pilot carrying out an emergency ‘go-around’ procedure.

The jet, which had travelled from Russia, landed safely shortly afterwards.

The incident, which occurred on Saturday, was caught on camera by Miguel Angel, who posted the video to YouTube, where it has already been viewed more than 3.7 million times as of press publishing.

Angel, who has posted hundreds of plane videos online, said seeing the near-miss was ‘one of the worst experiences I have ever had’.

Told Angel: ‘An Utair Boeing 767-300 (VQ-BSX) incoming from Moscow as UT5187 and Aerolíneas Argentinas Airbus A340-300 (LV-FPV) were involved into what could be the bigger disaster of Barcelona Airport.

‘The Utair 767 was about to land on Runway 02 while the Argentinas was crossing the runway.

‘By the time russian pilots sight Argentinas (they were taxiing to Holding point of RW25R for take-off) on runway while they were on final approach, they did their best making an impressive and close go around.

‘After that incidence the plane landed safely on runway 02, and the Argentinas took-off heading Buenos Aires.’ [sic]

Since revelations of the incident, Captain John Holmes, flight training manager at Australia‘s Ansett Aviation Training told there were three possible explanations for the error.

‘The instructions to the A340 possibly were misunderstood by the captain, or they might not have heard or acknowledged the instructions, or there may have been no instruction issued from the control tower,’ he said.

Spanish Airports and Air Navigation (AENA), the public body responsible for airports in Spain, released a statement saying there was never any danger of a collision as there was sufficient space to carry out a landing between the two planes.

Yet that is not the way some media outlets see it.

Told gizmodo: However, their explanation seems bogus. The UTair pilots wouldn’t have executed an emergency maneuver like this just for the sake of it.

Whatever the Spanish controllers say this looked dangerous to me!

Shouldn’t Miguel Angel have put down his camera, or was he hoping to film death and destruction ?

This was a bit close but is being over blown by the media. The video was obviously sped up to make it appear that the planes were closer…and the telephoto aspect of the filming distorts the true distance between the planes. The plane on the ground would have cleared the runway before the other touched down. The guy who posted this has got himself a lot of hits due to his clever manipulation of the film.

Barcelona-El Prat In’tl It is not allowed to give landing clearance while there is something on the runway, no matter if it just about to leave it or not. They can say “expect late landing clearance”, not more than that… So probably it was ATC mistake..

The aircraft were exactly where they were supposed to be?

Were they supposed to collide? 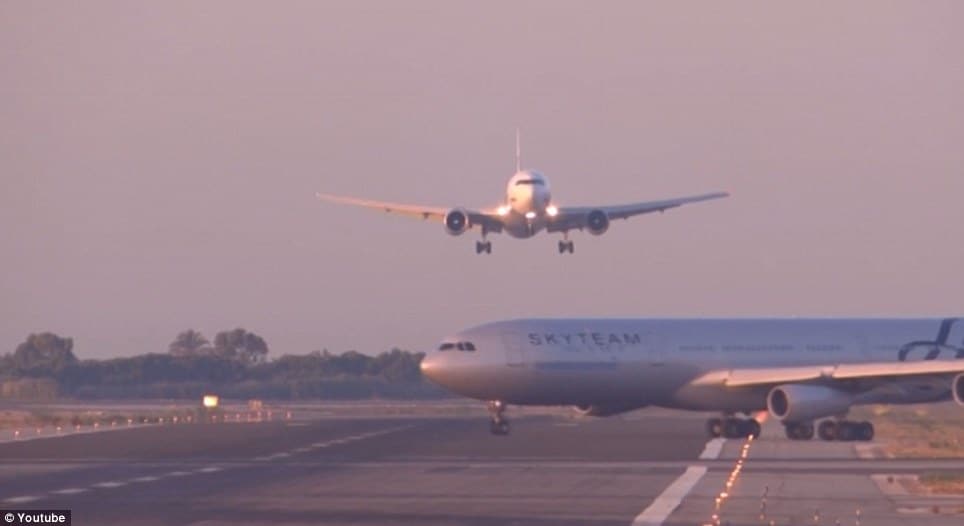 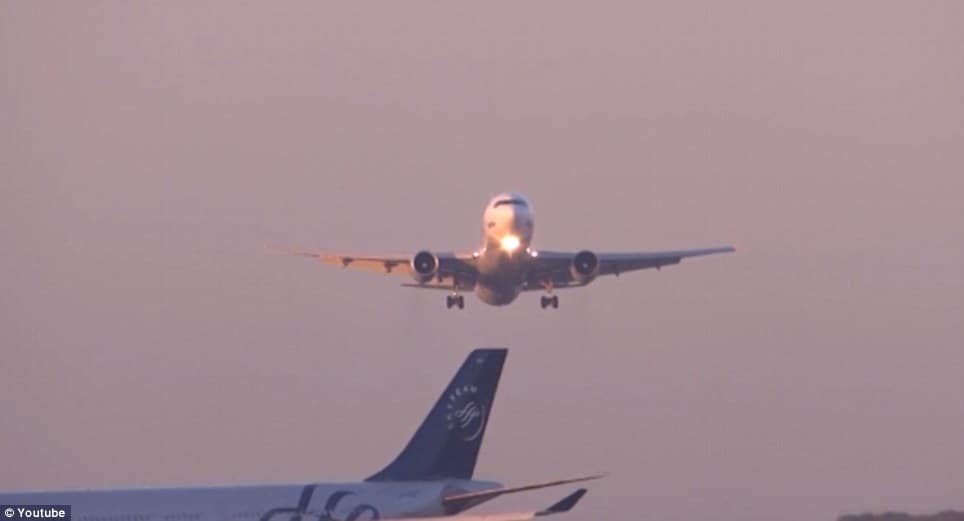 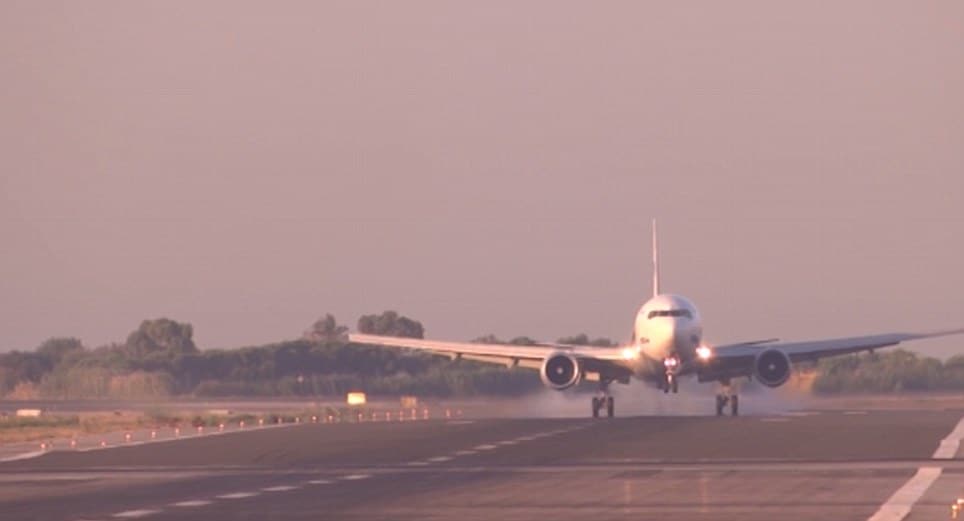