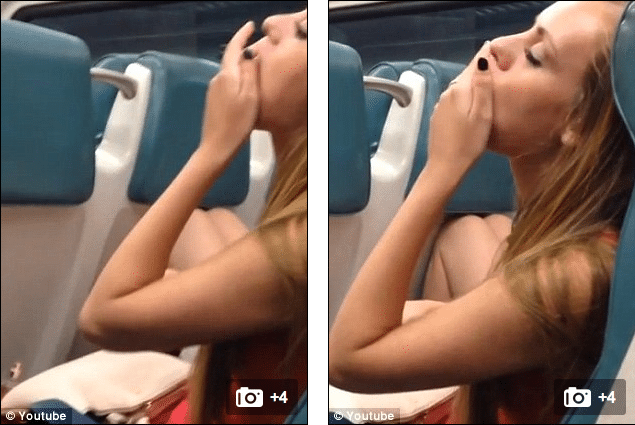 Unawares to one Metro North drunk girl, miss Mary Massey, a fellow traveler on one recent Metro North rail service came to video a passenger ahead of her as she took to eating yummy potato chips from the floor. Needless to say the resultant video footage has become legendary and fodder for what makes for appropo eating off the ground aesthetics.

The footage shows in alarming detail our collective heroine taking to scoffing the fallen potato chips, adamant that any potential scurvy or feces or footprints, or untoward bacteria would hardly dissuade her from munching on those very yummy potato chips.

Which of course has raised the compelling question, so how long is it safe for something one has taken to eating and falling on the ground being safe to gather back up and eat anyway?

Never? One second (as long as it hasn’t been raining) three seconds (as long as it really never fell on the ground itself but say a piece of paper) five seconds (how much damage can scurvy and fecal matter and dust particles really do to a gaggle of loose potato chips?) to an eternity (cause we’re all going to die anyway and as long as I’m drunk, disoriented, out of my mind and in a self destructive mood who gives a rats ass?).

Told Mary Massy (who came to post the video on youtube) by way of gothamist: “I started recording her after she ate a $5 bill off the floor and when I asked her if she was OK, she asked me if I “knew who she was,”

“Her friend that was with her was also straddling the guy next to her on the train. Way too turnt up for a Friday at 830!!”

Isn’t it time you savored every morsel of gourmet food that passes your hands too? 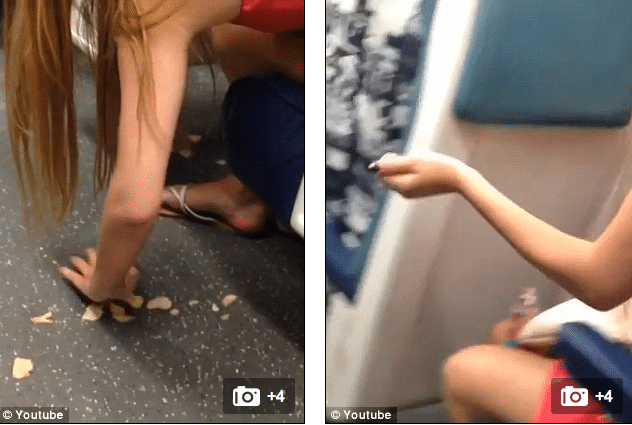 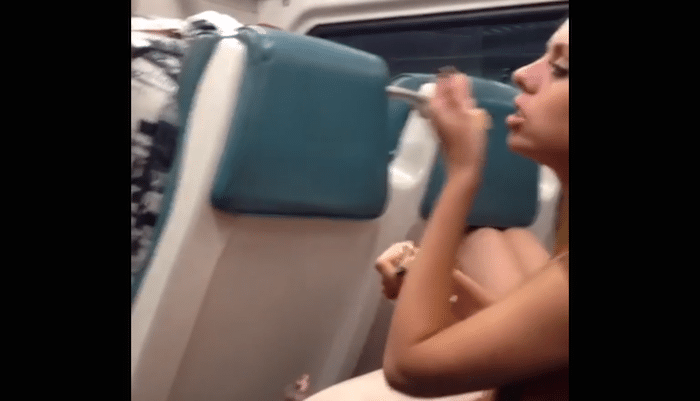