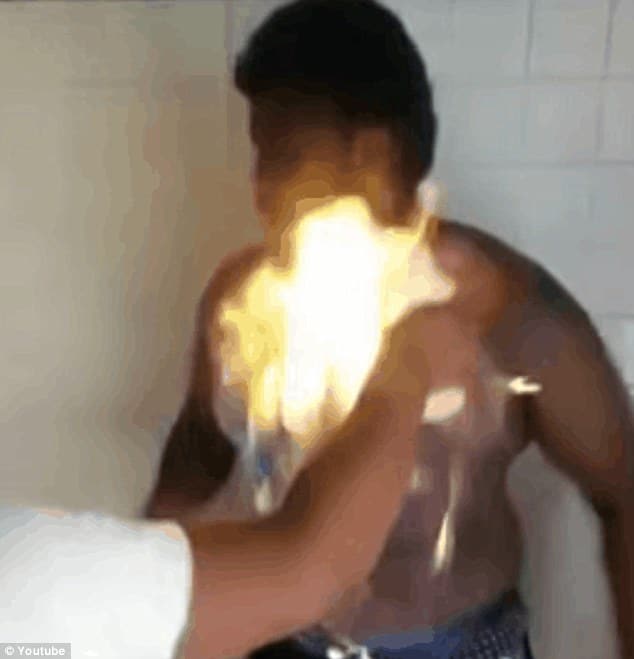 A 15 year old Kentucky boy has come to burn himself (self immolation) after he took to replicating a new social media trend known as ‘fire challenge.’

The trend requires users to film themselves setting themselves alight whilst filming the event.

At the time of the 15 year old’s efforts he told that he had not thought about the consequences.

The trend seems to be growing, there are hundreds of videos online of people performing these stunts to various degrees of injury.

It seems the point of the challenge is to spray a small amount of flammable liquid like alcohol or perfume on an area of the body and light it on fire for a few moments.

That said there is concern that many of the participants appear to be teenagers or younger. Accidents are liable to happen if too much liquid is spread or they are unable to extinguish the flame quickly enough

The Kentucky boy told TV station WKYT that he poured alcohol on his body and a flame burst out.

‘I just poured alcohol on it, and lit it, and it just automatically went and burst,’

‘Unbearable, yea, basically,’ the teen said about the pain, according to CBS Cleveland.

Adding: ‘Literally after it got put out it was already blistering, it’s just hard.’

Firefighters responded and the teen was treated for burn wounds.

When asked what he thought would happen, he replied, ‘I don’t know, I wasn’t thinking really.’

He admitted he never saw videos that showed resultant burs on people’s bodies.

Told Lexington Fire Department Captain Chris Harrod: ‘What they don’t show at the end of the videos is the consequences of doing this, getting second and third degree burns.’ 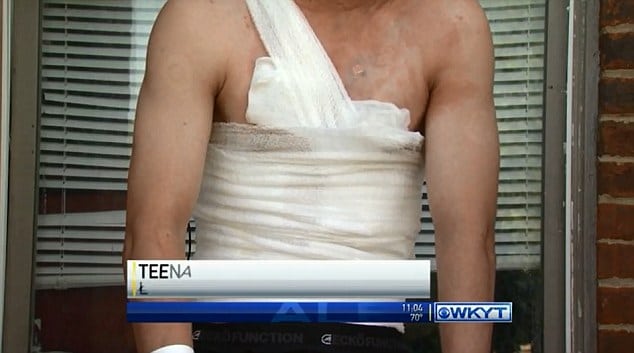 A YouTube video from stunt group 1BlazinEagle1 shows several young men lighting fire on their chest, legs and genital areas while wearing shorts. In each case the fire was put out immediately after it was lit, although while one poured a large amount of liquid material on his chest, someone laughed and said it was too much.

The instances that don’t seem to end in terrible injury usually show the person laugh nervously and scream in pain.

Another video by Shenna Byers shows two adults participating while a baby is heard crying in the background.

But others as the nydailynews points out show horrific consequences.

A video posted by user Sora Key on Friday shows a man light a fire on his stomach, and he howls in pain as it moves across his body.

The video was titled, “Fire Challenge Gone Wrong” and the description of the video warns against the practice.