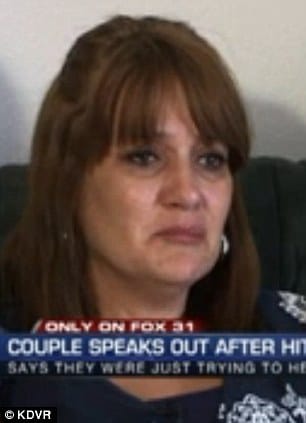 Shannon Dominguez, 43 may never walk again after she came to be plowed down by a motorist who was irate with the woman after she took to calling cops after she noticed that the woman had left a young child unattended in a hot car.

On the phone with cops to report what she believed to be an instance of child neglect, the young boy’s mother, 27 year old Kristina Riddell had by then arrived back to the car where she took to confronting Dominguez and her boyfriend Alan Mason.

With the confrontation escalating, Riddell then punched Dominguez’s boyfriend, Alan Mason, before getting in her white Honda and running the couple over.

Pursuant to being plowed  over Shannon Dominguez would be left with serious back injuries and a crushed leg, with doctors warning Dominguez may never walking again.

Mason lucky to survive relatively unscathed had come to be thrown over the hood for a distance of 50 feet.

Told Dominguez of the June 7 incident via Fox 31 : ‘Every day is a chore. Every day is stressful,’

Dominguez is now wheelchair bound and faces months of rehabilitation to try and walk again.

Dominguez would tell that at the time of the incident she was outside a store in Longmont, Colorado, when she saw a small boy alone in a car.

Fearing he might be overcome by the heat she called police.

The boy’s mother mother Riddell allegedly became angry when she realized police had been called, leading to her then running over the pair. 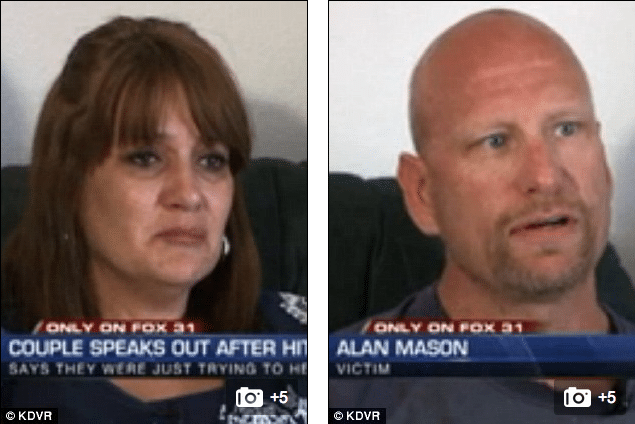 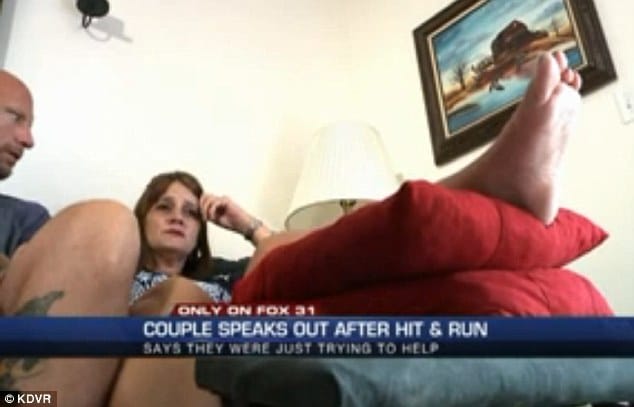 Told Alan Mason: ‘She had her windows down, so I grabbed onto the door. She drug me about 20 feet. I realized she was not going to stop, so I let go. I tumbled in the parking lot.’

Since the incident, Shannon Dominguez has told she had no regrets about calling for help as she feared the boy could die from being in a baking-hot car.

Reiterated Dominguez: ‘All four windows were rolled up. And it was in the direct sun. It scares the heck out of me. It’s some innocent child might die,’

She added that next time she might call 911 and leave rather than wait around, but added: ‘If it means helping a child, I’d do it in a heartbeat.’

Kristina Riddell has since been charged with hit-and-run, assault and child abuse.

Fox 13 said she has an extensive criminal record, including arrests for assault, domestic violence and multiple driving violations. 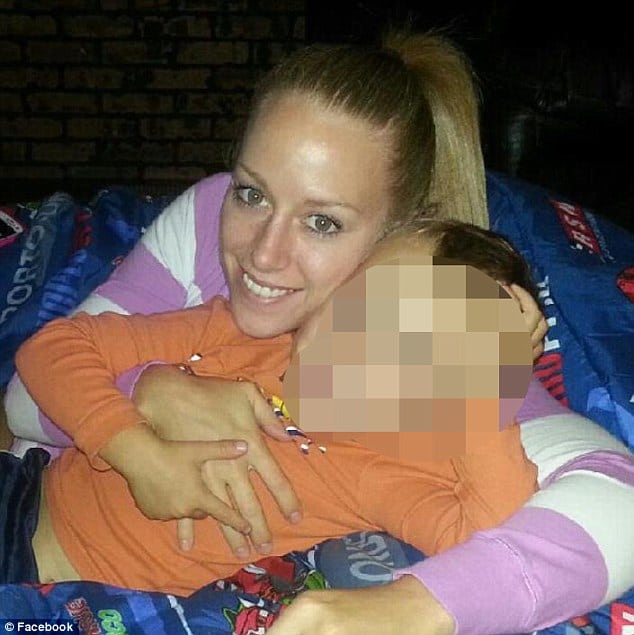 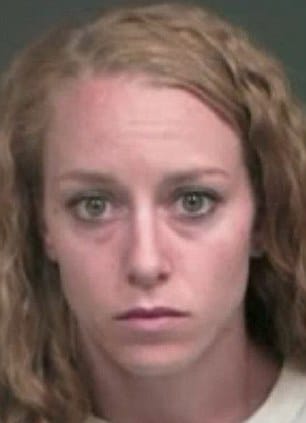