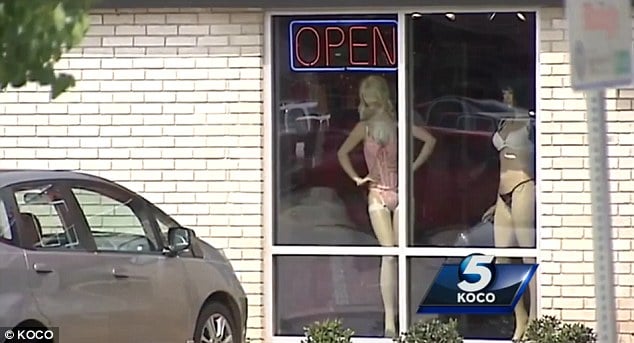 It’s seem one adult store in Oklahoma City got more attention than what it bargained for after racy window displays at a local Hustler store outpost has led to an ‘interesting‘ spike in the number of crashes in the surrounding area.

The Hustler Hollywood store, which sells a wide variety of lingerie and sex toys, only opened on June 12 but since then police have reported eight crashes nearby.

One man involved in a fender bender near the store contacted local TV news to complain about the ‘distracting’ displays.

A spokesperson for the store has since denied there was anything overly provocative about the mannequins and described the display as tasteful and decent.

Store management have said they have no plans to take them down.

A decision that has left some irked.

Told passing driver, Diane Ray Sanders via KOCO: ‘You see worse things walking in the mall and in the movies,’

‘Tell distracted drivers to look at what’s going on in traffic and stop worrying about everything else.’

And then there was this remark courtesy of Jerry Murphy: ‘I don’t even know what to say about that. That is the most ridiculous thing I’ve ever heard. Oh, I think they’re fantastic. I think they can actually be a little lewder, but that’s just me.’

The chain of 13 stores sell a selection of toys, erotica, lingerie, shoes, apparel and novelties. The flagship store is in West Hollywood on the renowned Sunset Strip. At present it is not understood if the flagship store has also come to experience a large number of ‘strange’ car accidents in the vicinity… 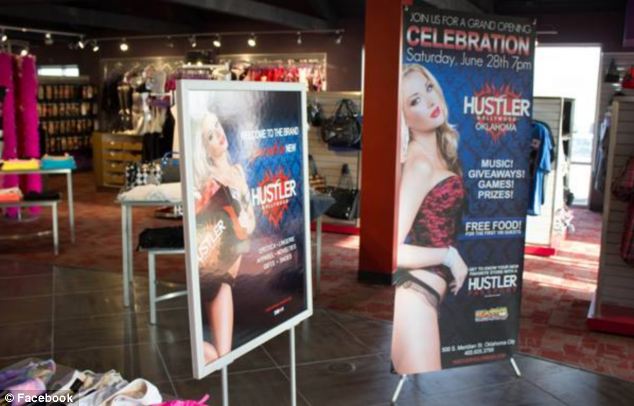