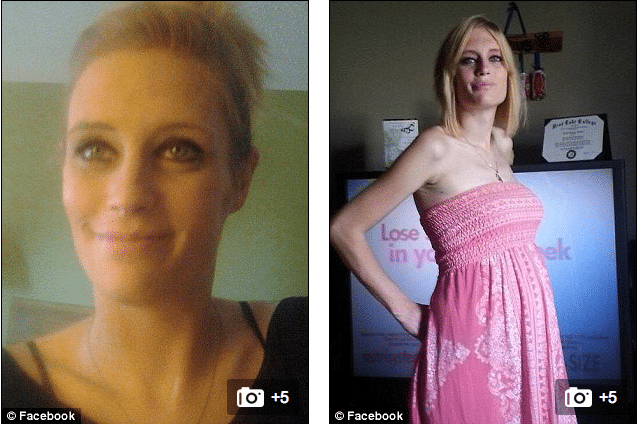 The woman came to be arrested after cops were able to determine clothes and jewelry that Saxton took to parading on facebook as being the same ones she had allegedly taken from Mortie’s Boutique in Illinois on July 11.

Danielle Saxton’s arrest would come after Mortie’s co-owner, Kert Williams, posted about the theft on Facebook, which led to ‘friends‘ who’d seen Saxton’s photos making the connection and calling cops.

Williams told WSIL-TV he was returning to the store when he saw Saxton leaving with items including a dress, shirts and jewelry.

Suspecting it was a theft, he checked security footage which, confirming his fears.

‘Her excuse was there was nobody in here,’ Williams said. ‘We were in the back working, and that she could just take it. You know, not really much of an excuse there.’

Social media users reported Saxton when Williams posted about what was stolen on the shop’s Facebook page.

‘What she stole was a very distinct leopard dress,‘ Williams said.

Police Chief Shawn Talluto said when officers arrested Saxton at her home, she still had the clothes in her hand.

‘We just had a description and a direction of travel, but when the social media aspect played into it, we were able to identify who it was. And by looking at the background of the photograph we were able to pinpoint where she was at,’ he told WSIL-TV.

‘When you put something out there, it’s a matter of minutes before it can go viral, and it can go to the world.’

Saxton would subsequently be released from jail on her own recognizance. At present it is not necessarily understood why the woman took to incriminating herself on facebook. 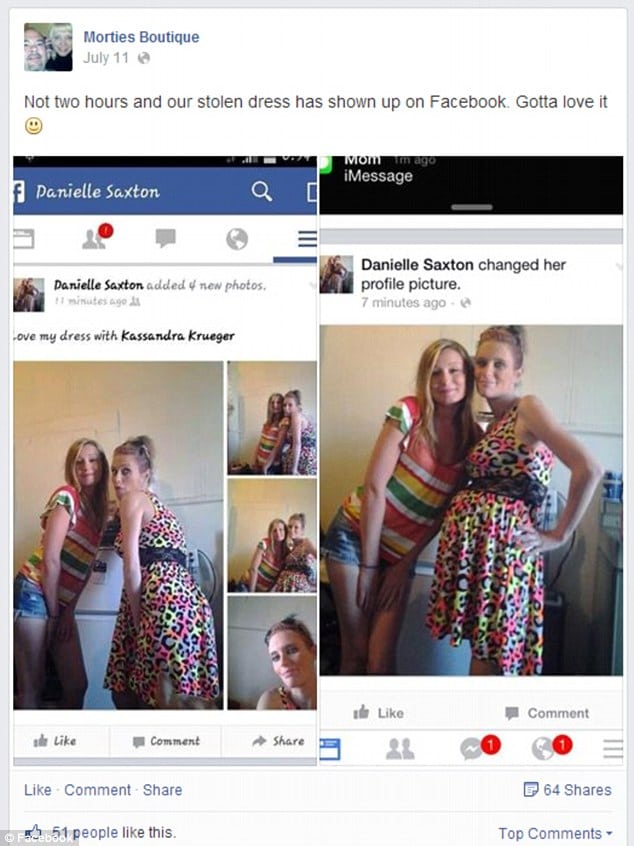 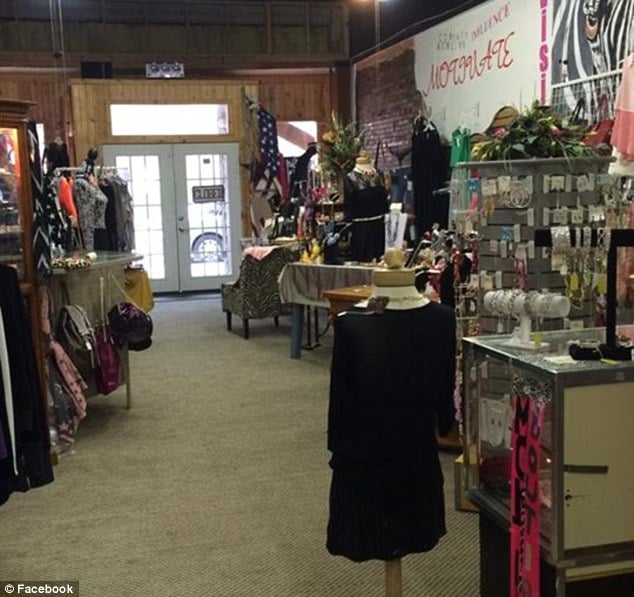 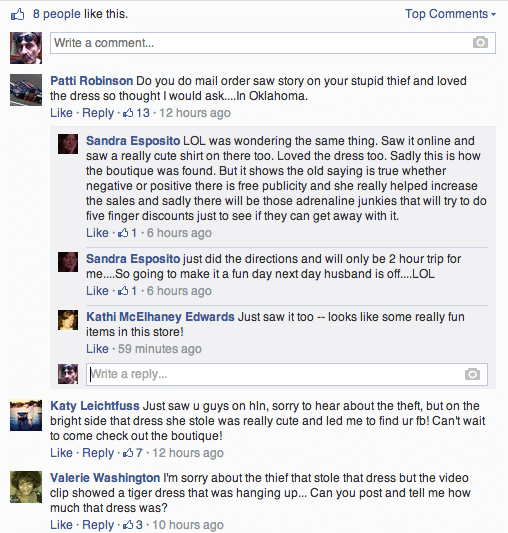 And here are a sampling of ‘friends’ comments on Danielle Saxton’s personal facebook page….. 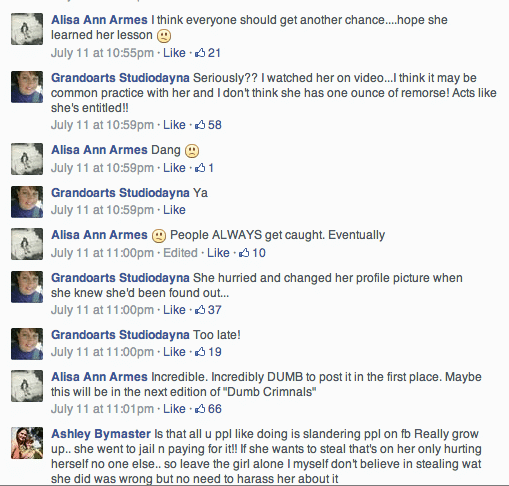 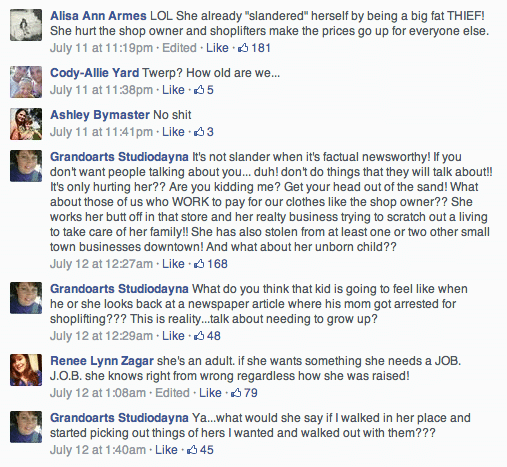 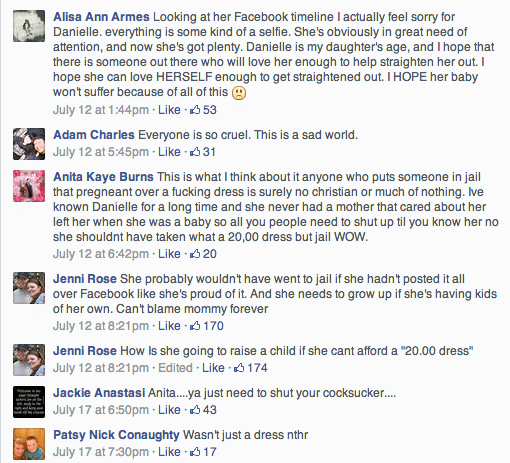 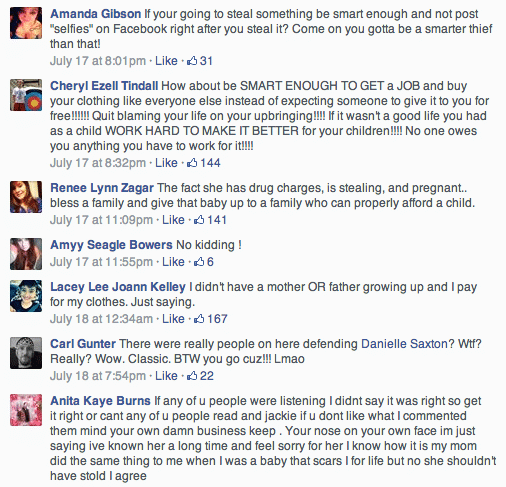