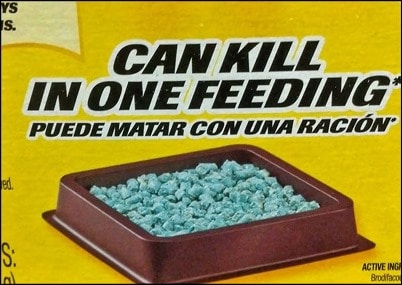 Two students have been arrested after spiking the drinking water of veteran school teacher, Johanna Cherepany of NYC‘s PS 315.

The incident came to light after the 62 year old teacher took a swig Monday lunchtime of the drinking water before rushing later that afternoon to hospital complaining of medical ailments including nausea and a spike in blood pressure.

A third student who knew what the boys had done told her mother after school, and the student’s mom called the school’s principal to warn the teacher that her water had been poisoned.

Upon going to a police station to complain of the incident, 70th precinct cops would later arrest the students, aged 9 and 12, charging them both with reckless endangerment, assault and criminal possession of a weapon.

It was not clear if they pulled the dangerous stunt as a prank or had a motive for targeting their teacher.

‘My understanding is the 9-year-old wanted to see what the reaction would be,’ police commissioner William. J. Bratton told the New York Times. ‘God knows where kids get these ideas.’

Sources said the 9 year old  brought the poison to school and that both boys laced the teacher’s water with the potentially deadly toxin.

It wasn’t clear how much poison they put in the water, but cops found more of the rat poison in the younger boy’s backpack.

Since the incident complaints have been levied at the school’s principal, Judith Ranft, including the following from former sub teacher, Mussolini Mombrun, who told the following: ‘It’s chaos in there. The kids are out of control. They don’t listen. They curse. I have complained but the principal does not follow-up with complaints. The kids [involved] don’t get transferred and more chaos happens.’

A schools spokeswoman, Marge Feinberg has told along with punishment from authorities, the school will also merit ‘swift and appropriate action’ to the two pint sized students upon the completion of an internal probe.