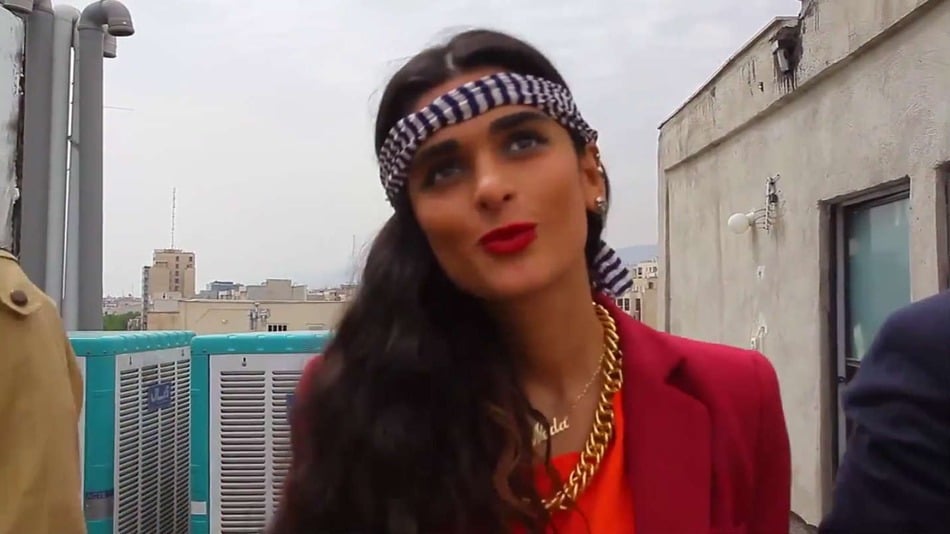 Six Iranians arrested earlier this week for filming a video of themselves dancing to Pharrell Williams‘ “Happy” have been released.

Mashable: Several sources inside Iran posted about the release on Wednesday. Hoda Rostami, an Iranian photographer, posted about it on her Facebook page. Siavash Taravati posted on Facebook that her sister Reihane Taravati, the video’s art director, was freed on bail.

Taravati has confirmed her release via Instagram: ‘Hi I’m back ?? thank you @pharrell and everyone who cared about us love you all so much and missed you so much”????

Iranian journalists also confirmed the news, with some tweeting the following below: 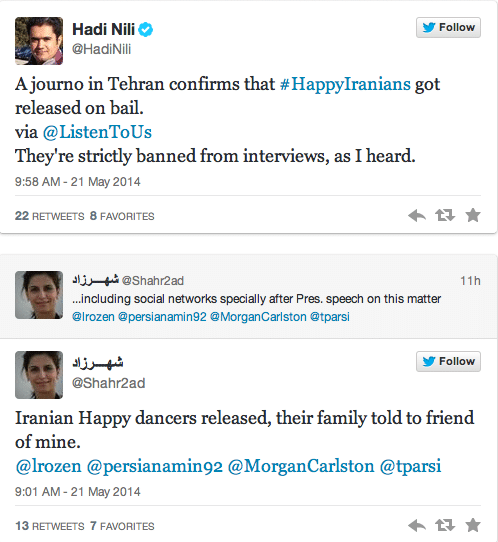 Yet perhaps what is most surprising was when Iran‘s president Hassan Rouhani came out to tweet a message of support as well, probably only too aware of the loss of face and possibly desire to affirm his commitment to the youth which political leaders in Iran are consistently being forced to pay attention to.

At the time of the initial arrests, the group of six was arrested andforced to repent on state TV. Iranian authorities came to arrest the individuals after the effort began to go viral.

Told The Lede blog: During their appearance on state television, the six said that they had no idea the footage would be broadcast. The report also included a warning from Tehran’s police chief to the youth of Iran not to be seduced by the filmmakers behind viral videos. The officer, who referred to the exuberant video as “a vulgar clip which hurt public chastity,” also claimed that it had taken the authorities only a matter of hours to identify and arrest the participants, even though the video was uploaded a month ago.

Upon learning of the arrests, Pharrell Williams took to twitter to express his disappointment.

The original purpose of making the video,one of the dancers shared, was to show that Iran’s young people ‘have moments of joy and happiness even though they live with many difficulties.’ Never mind the obvious misery and irony….and chasm with Iran’s authoritative bodies. 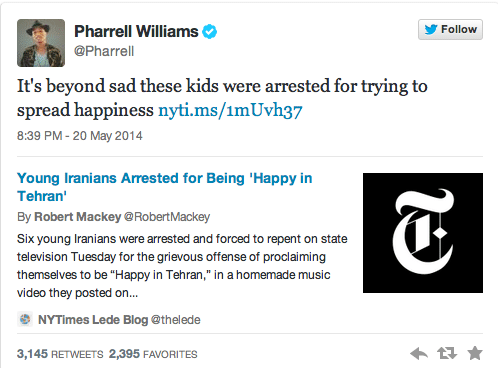