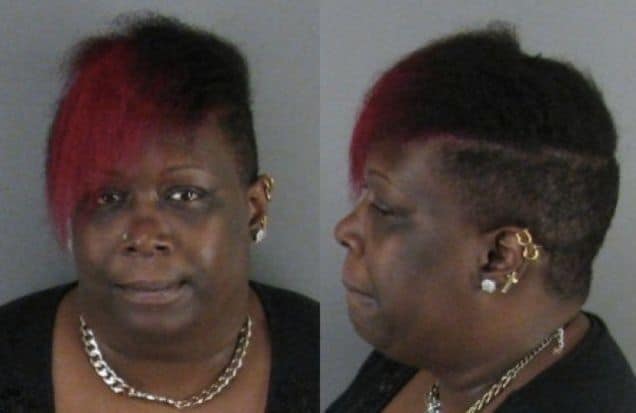 Kids have you ever had the urge to just look at your glib fast food entree and want to call authorities and demand that someone higher up understands that you of all people deserve the premium sandwich/existence that fast food outlets have come to have us expect? I know I have and I also know Bevalente Michette Hall has too….

Shit hit the fan for the Gastonia, NC woman when she decided this Subway sandwich was definitely not going to pass muster. Instead of dousing her delicious Subway flat bread with pizza sauce, some douche had doused her sandwich with marinara sauce instead.

Yes kids I’m stamping my feet on the ground too. The audacity!!!

Wait a second kids, can someone tell me what the difference between marinara sauce and pizza sauce is anyway? Oh wait, aren’t they actually nearly the same shit? WOAH! Don’t tell Bevalente that, the sandwich would never taste the same anyway.

Told the agitated woman who knows when the world is mistreating her on 911: ‘And it’s terrible,’

(as if anything Subway had to offer really counts for gourmet fine dining in the first place, but Bevalente knows better than you and me)

Naturally cops being concerned that some law abiding citizen might be at the mercy of some mean Subway troll raced over to the franchise where they came across Bevalente’s sad miserable ass and hauled her off to jail for a record breaking three minutes before releasing her on an unsecured $2000 bond.

The misery can be heard in full below kids, brace yourselves, I know we’ve all been through Bevalente’s woes before too.