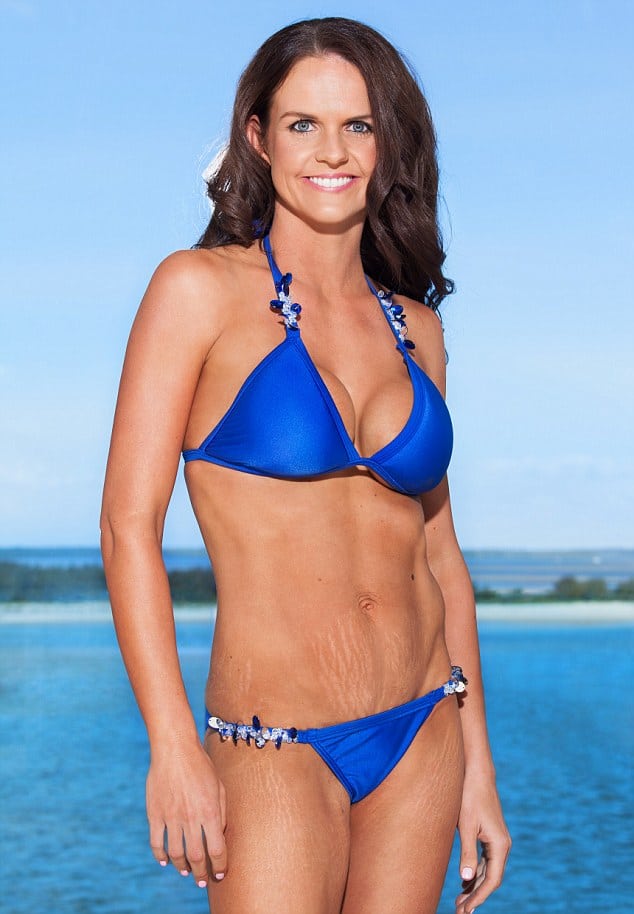 An Australian personal trainer, Sharny Kieser has caused consternation after having told that women should take a photo of themselves in a bikini to inspire them in getting back to shape after giving birth.

The trainer, also known as Fit mum is currently pregnant with her fifth child and is due to give birth in July. In telling that women should have a photoshoot of themselves after giving birth the fitness trainer believes being motivated to get back in a bikini will help most women from simply allowing themselves to go.

Told Fit mum Sharny Kieser via the UK’s dailymail: ‘After having kids you believe that your days in a bikini are gone. For me, I had a lot of stretch marks; I was too embarrassed to get in a bikini.’

That said, social media has little love for Sharny Kieser with many ridiculing the mother for forcing women into having to look a particular way so soon after having giving birth and setting women up for pressure and disappointment.

Others, including Aussie radio personality, Chrissie Swan have also criticized the fitness trainer believing that her comments were a veiled attack on fat people, suggesting that they were lazy whilst others opined that her sentiments added to a culture of discrimination against people who are overweight. 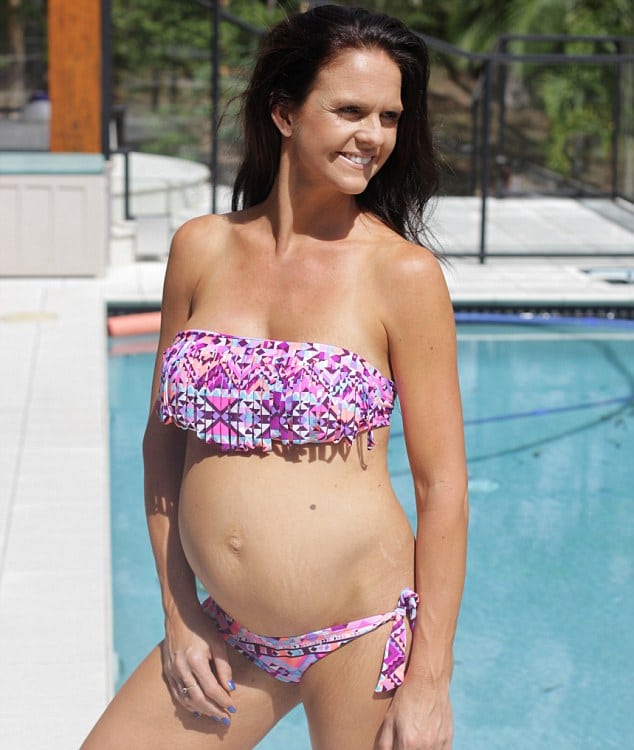 In defending herself, fit mum tells the daiymail: ‘This is just one avenue for women to lose weight, to be inspired, and there are so many women out there who want to get into a bikini again.

‘But every mum just wants to look their best version of themselves, for me, to wear a bikini, that’s the goal.

‘I don’t want women to hate each other and feel threatened by each other. So if a mum or a woman out there doesn’t want to wear a bikini, then obviously it’s not for them, but there’s a lot that do.’

Reiterated fit mum via couriermail.com.au: ‘It’s not about what you look like, it’s the process of achieving your goal.’

In telling her own personal journey, the mother tells how she gained 66 pounds after the birth of her second child which she did not lost until she had her fourth child a few years ago.

The mother who these days makes a living as a personal trainer to other mothers lost 52 pounds in just 8 weeks after having giving birth to her fourth child.

In losing that weight, Sharny Kieser revealed that it made her feel like a better wife and mother.

Reiterated fit mum: ‘I know that I’m a better mum now because I can keep up with my kids and I bounce out of bed with energy.

‘I’m a better wife. I love what I look like so I can love Julius more.’

Adding: ‘For some women it’s a bikini, some it’s a triathlon, but the message is let’s feel amazing and healthy because you’ve got a family to look after and kids to inspire.’

Then again one wonders if being fit and healthy sometimes has more to do with having a flat stomach and looking slick and lithe in a photo shoot and more to do with one’s mental well being and capacity to embrace the world, physically and with spirit…not that women aren’t constantly reminded that their value of worth is contingent on their appearances, even at the most vulnerable…. 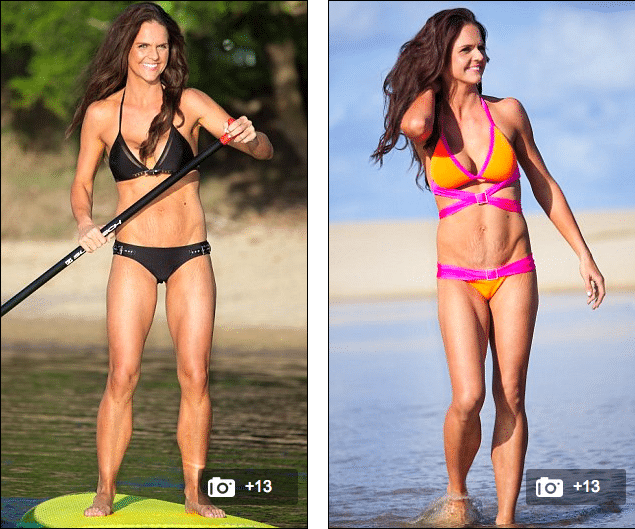 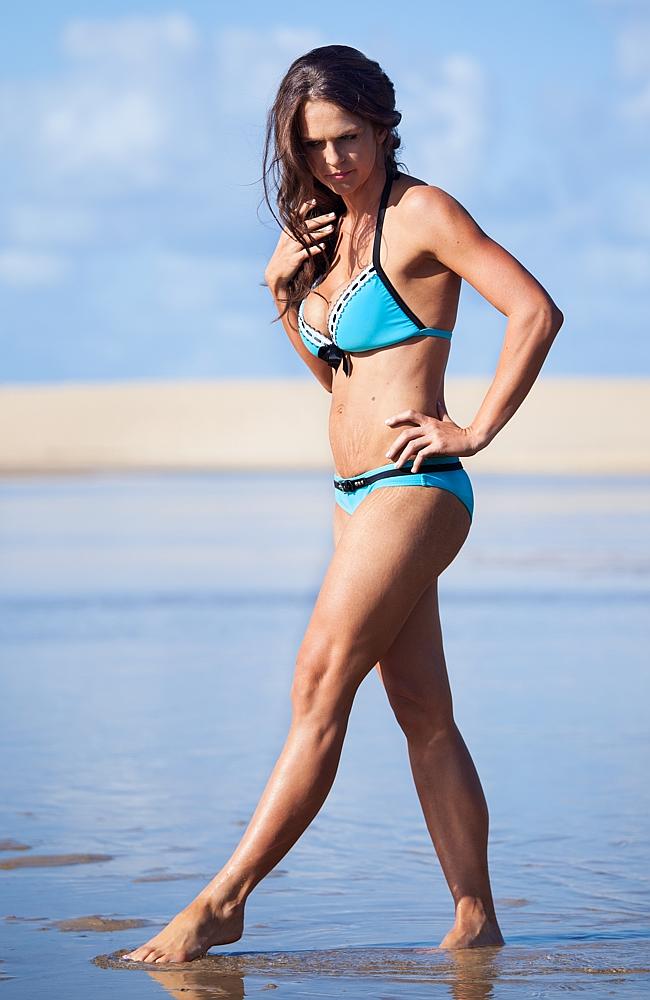 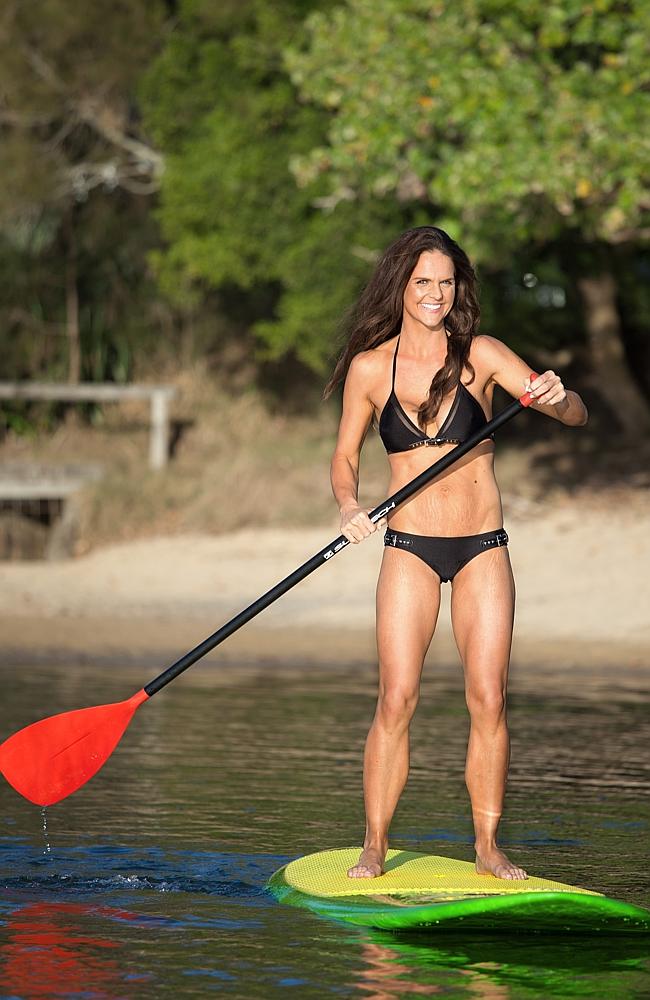