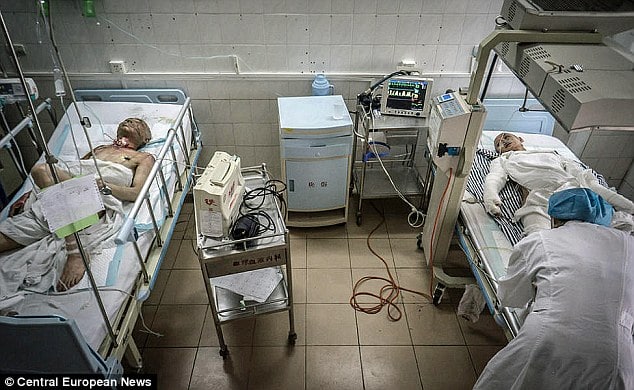 Li Moulian, a 36 year old Chinese man and a 21 year old woman he got pregnant after a one night stand are fighting for their lives after the man kidnapped the pregnant woman with the intent of killing her and the unborn child.

The incident came to happen in Huizhou City of Guangdong Province, southern China.

At the time, the man dragged the woman out of bed and bundled her into the back of his car before then setting off a gas canister.

By fate, the pair would survive the blast and would ironically find themselves ending up side by side in hospital beds as surgeons sought to save their lives. Miraculously the unborn baby managed to survive. 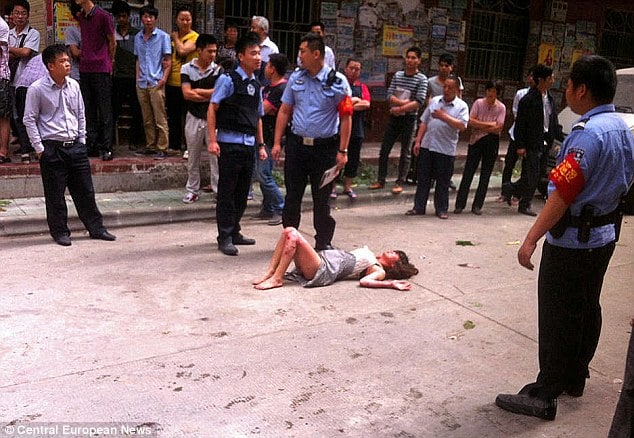 The fracas came to be after Xu Fan fell pregnant by mistake after a one night stand with the man. From there the pair decided to stay together, moving into a house in Mazhuang New Village.

Nevertheless, six months into the relationship, it is thought that the pressure of being a soon to be father got the better of the man.

At the time of her abduction, the woman was asleep when Li Moulian dragged her out of bed, telling her that he planned to kill her.

He bundled her into the car and drove around the town before police were able to spot him.

Cops also received calls from disturbed neighbors who saw the young woman being dragged across the street.

The girl was pulled from the car by police, but officers were forced to extinguish flames on her body.

Both the man and women suffered life-threatening burns and were taken to hospital.

After rescuing the girl and extinguishing the blaze, police then rescued the man who suffered more severe burns as a result, and who is not expected to survive. 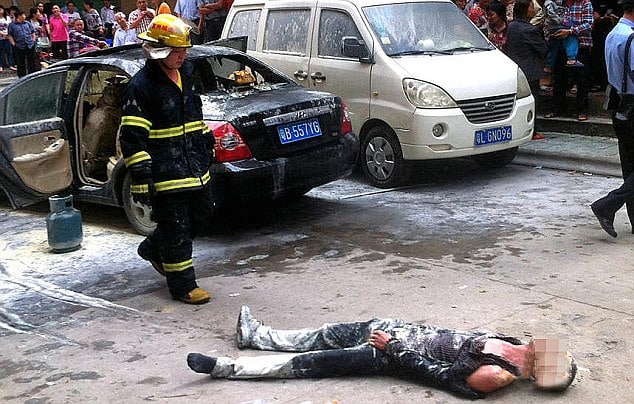 The young woman’s family said they had warned her against getting involved too quickly with Li Moulian, from Lufeng City located in the southeast of Guangdong Province.

Told her uncle Wu Chin, 47: ‘We had warned her that she needed to know more about him before deciding to spend her life with him, it seems sadly the warnings were true as he clearly has mental problems.

‘To suddenly accuse her in the middle of the night trying to kill his parents shows he is obviously severely paranoid.

‘It is a bad start in life for the child as well with the father having obvious mental problems.’

Reiterated Police spokesman Tao Hou, 36: ‘As the police car with a siren approached the car with the man and woman inside, and another blocked off its escape route from the rear, the man ignited something in the car which exploded into flames.’ 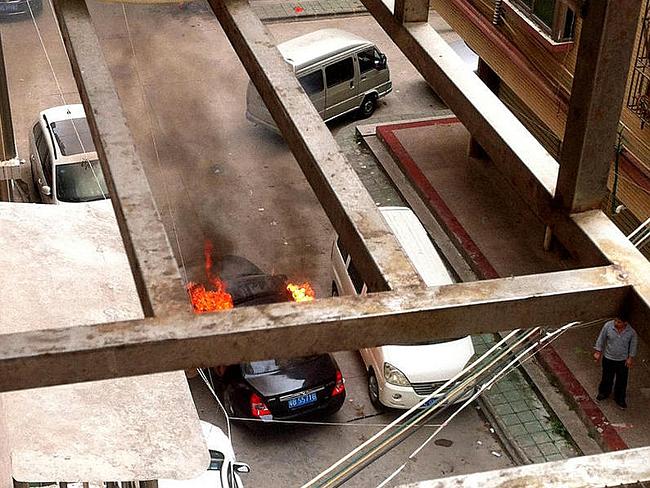