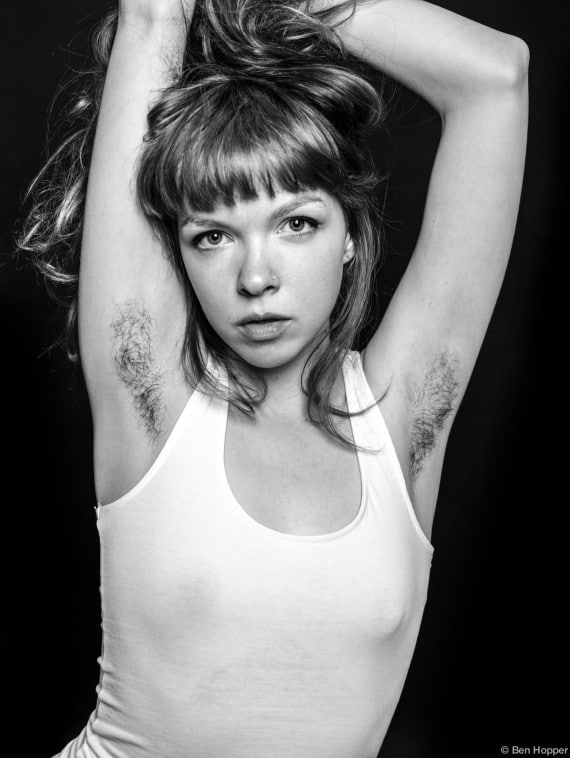 London based photographer Ben Hopper has released a new photographic series, Natural Beauty where he hopes to challenge what he calls as the as the societal “brainwashing” done by the beauty industry.

Tells huffpo whom the images have been released to: Using an eclectic group of models, actresses, designers and friends, Hopper’s pictures highlight a woman’s beauty, her armpit hair, and the timely reminder that those two things are in no way mutually exclusive.

The images play on the fact that armpit and body hair have been stigmatized both here in the United States and abroad. Rarely, if ever, do you see a woman in the public eye who isn’t conscious of removing much of her body hair.

Contemplates Ben Harper: ‘As I matured as a person and an artist, I realized I liked [armpit hair],’

‘I think it can be a beautiful look.’ 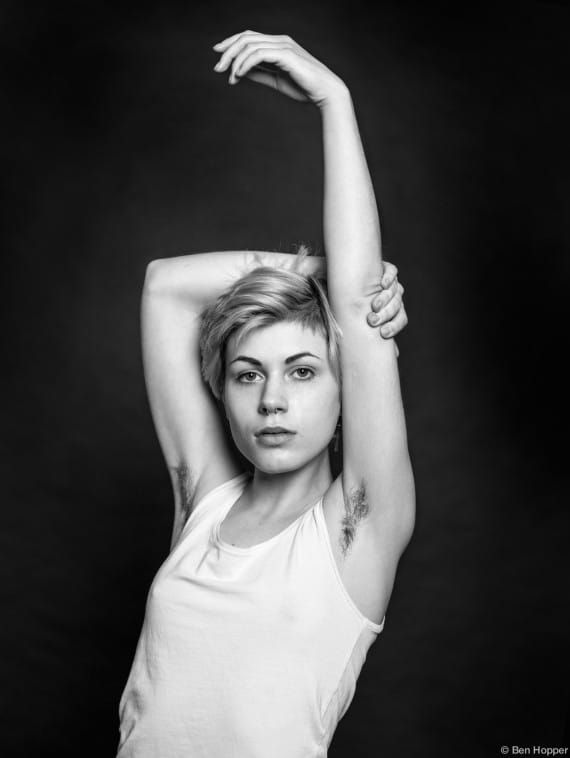 That may be the case, but frankly I’m not sure why the focus on thin attractive women with brushes of armpit hair is particularly more provocative or contemplative of what comes under the ambit of natural beauty as promoted by the beauty and fashion industry. In both instances, attractive thin women are de rigeur. One just now has hair under her armpits. Or perhaps she always had hair but now some of us dare admit it.

After finding willing models, Hopper realized that even his subjects weren’t immune to body-hair anxiety. He told huffpo that one model who was growing out her armpit hair for the project got so ‘grossed-out’ while doing so that she chose not to go through with the shoot.

Reiterates Ben Hopper: ‘The whole point [of the series] is contrast between fashionable female beauty and the raw unconventional look of female armpit hair,’

‘I expect [the photos] will surprise a lot of people and I guess, in a way, that is one of my intentions.’ 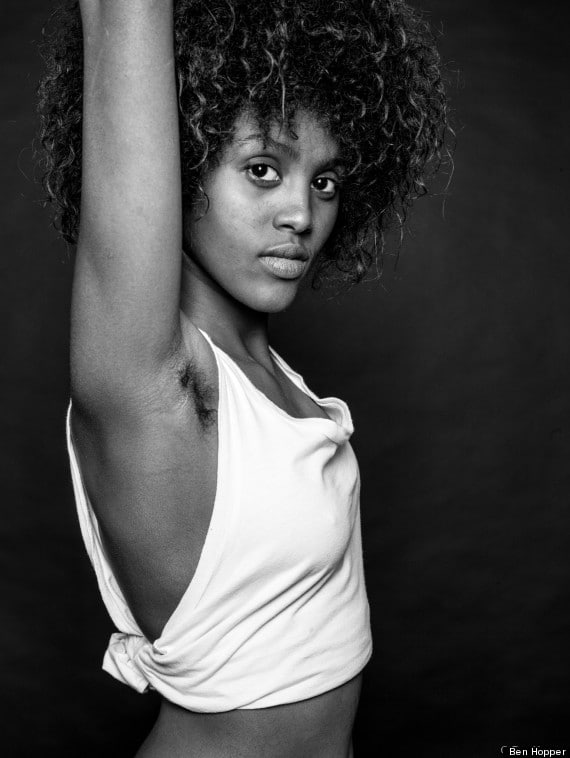 Which posits the question, is Ben Harper advocating women (the thin ones only) grow out their armpit hair?

Contemplates Ben Hopper: ‘I don’t want to say that I want women to start growing their armpit hair,’

‘I just think that it’s a possibility and people shouldn’t dismiss it. I’d like people to just question [beauty standards], the whole thing.’

This isn’t gross, there is nothing wrong with armpit/pubic hair and until the option of removing it, people had to put up with it. We are primates! We are supposed to have hair! Having said that, why are all of these women tiny? Where are larger women? Like a size 8 or 12 would be nice. Or even larger. There are many aspects to natural beauty; it’s not all about the hair. Stretch marks are natural, caused by things like pregnancy and weight gain; why weren’t stretch marks shown? What about moles that aren’t “beauty marks” or cellulite? Although the gesture is nice, the lack of diversity in body types and the emphasis on hair being the only part of our modern hygienic practices that is skewed shows how far we really have to go in understanding “natural” beauty. 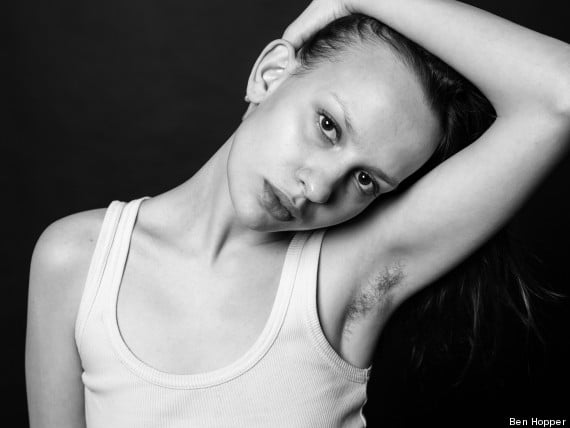 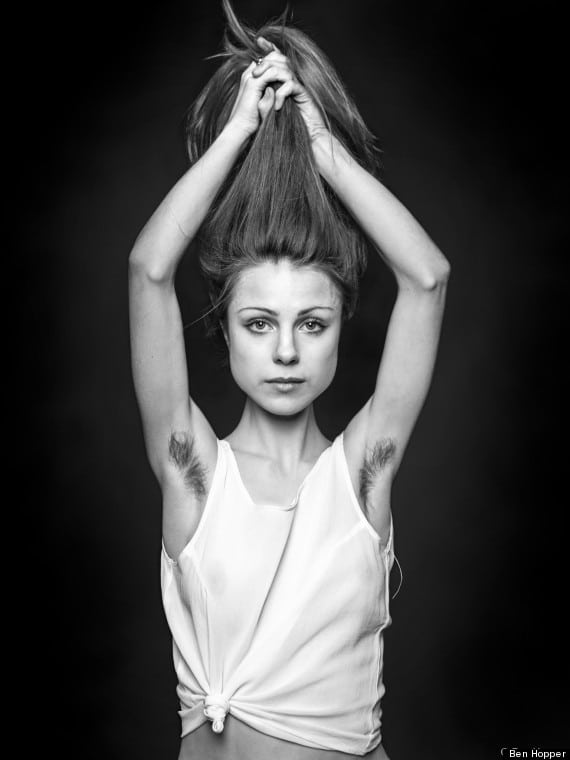 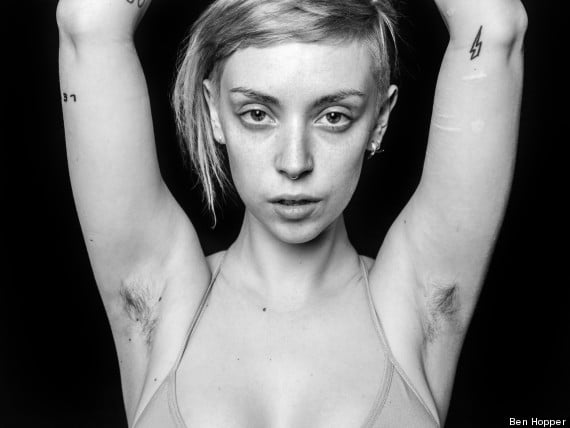 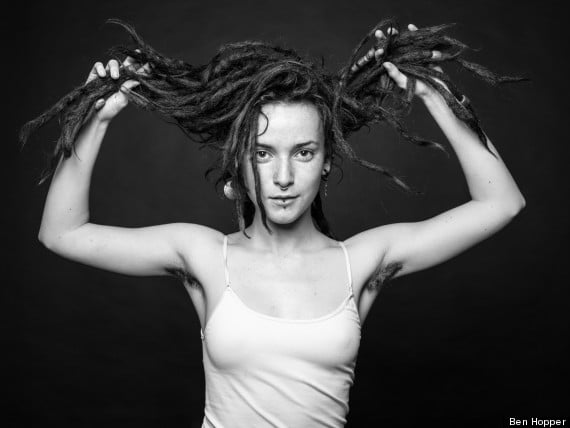