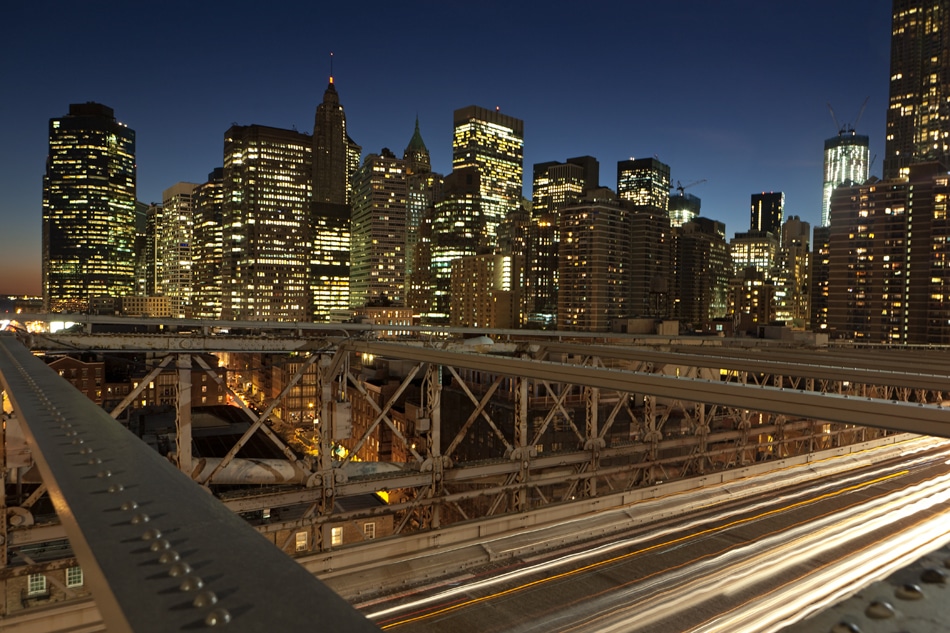 A Chinese immigrant who simply goes by the name of Joe has found himself homeless after up to a dozen NYPD cops this morning came to evict him from a makeshift home that he had carved in one of the planks of the Manhattan Bridge.

The eviction which was inevitable, courtesy of the nypost who went to town over the weekend about the nascent Manhattan Bridge dweller and how they had managed to carve a little slice of heaven for themselves while the rest of us a few hundred yards from the bridge were being asked to cough up $2900 a month rents for one bedroom apartments.

Then again is anyone really surprised? In previous interviews Joe told he had been forced to take up a shanty shack along the bridge after cops tore down the encampment he’d built just off the bike on-ramp to the Manhattan Bridge. A matter of course of action that cops routinely resort to.

To be fair to the media, Joe’s predicament only came to be known to the media after a passerby confused Joe for a jumper after seeing him crawl up the ledges. At the time cops were called and from there media interest fanned.

In this morning’s arrest up to a dozen officers from both the 5th and 84th precincts plus four emergency service unit cops took to launching their raid about 9:50 a.m.

After using bolt cutters, cops were able to rein in Joe who at that moment was clad in in white pajamas with a black pattern — to the ground unharmed. He appeared physically fine, but was allowed to get dressed and then taken to Bellevue for a check-up.

Told a cop of Joe’s magic shelter: ‘He’s got 5 inches thick of Styrofoam in there. It was quite a setup. He had a portable butane stove hooked up to a butane tank … safe for indoors. That’s a good way to keep warm,’

Joe also according to the nypost also had a tarp connected to his ‘ceiling’ with a Bungee cord, a small reading light, scissors, keys and bottles, including distilled vinegar, Sriracha hot sauce, a box of Chinese cookies, two unopened cans of Bud Light and a box of salt.

Two unopened cans of Budlight? Then again a bit of alcohol helps make the traffic just above and below oneself sound a little less audible too…

Help Joe and of course many thousands of other individuals who are homeless and forced to deal with the humiliating reality of not being able to afford sky high rents nor for that matter appropriately accommodated for. Which is another way of saying, being broke, down and out or just plain not able to make that money will put you shit out of luck in a city like NYC these days….assuming of course you don’t mind being inventive when it comes to surviving in a place like NYC.