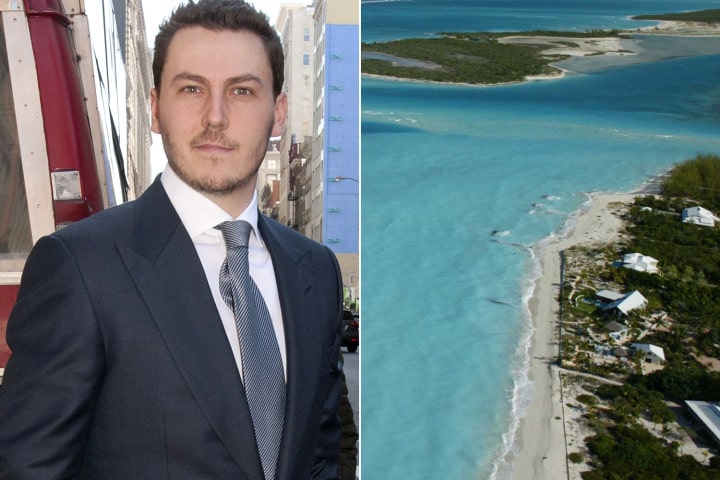 Playboy CEO Aaron Thomas has found himself being accused of embezzling up to $7 million in order to fund an extravagant luxury lifestyle. The accusation against the Australian executive who is based in NYC comes via the board of his former employer, Oakmont Trading Ltd based out of London, who earlier this year sacked the 26 year old.

To date the mining company who launched a lawsuit against the playboy CEO describes how Aaron Thomas squandered up to $7 million of company funds in order to pursue a ‘a high-class lifestyle for himself and his girlfriends,’ including private jets, a luxury yacht and a $171,000 Tiffany engagement ring for his Brazilian fiancée.

Thomas founded the company, which owns and operates a Brazilian iron ore mine, in 2010 and then proceeded to sell 74 percent of the company’s stock to investors, alleges the suit.

Nevertheless the playboy executive’s lifestyle, including paying $14,500 a month for a Manhattan apartment where he lived with his fiancée Thaiana Rodrigues, got the better of him and the company has launched legal action in both the UK and the US to recover an estimated $7m of company money.

‘While Thomas has made some disclosures as to the whereabouts of the misappropriated funds, a sum of around [$2.5 million] remains unaccounted for,’ the suit states.

In a feature in the nypost, claimants describe instances of how the playboy CEO misappropriated funds. Examples include spending $91,000 of company funds on a trip to Las Vegas in May 2013.

Another $121,500 was purportedly spent on designer watches by Rolex, and Hubot, as well as expenses incurred for flights taken by Thomas’s girlfriends, including Rodrigues, in 2012 and 2013.

Asserts the suit: ‘During a Caribbean vacation in Turks & Caicos for himself, Rodrigues, and members of Rodrigues’ family, Thomas chartered a luxury yacht and private jet for his travel companions at a cost of over $30,000, both of which were paid for with Oakmont funds,’

In his defense the Playboy CEO Aaron Thomas has argued that the suit is simply an exercise by the board to acquire his remaining shares. He has since told he now intends to file a countersuit but declined to comment further.