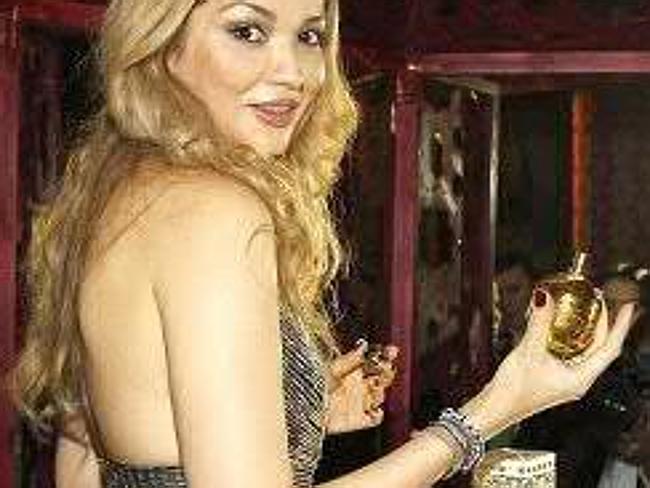 According to Gulnara Karmova, first daughter of Uzbek dictator, Islam Karimov, her father has brutally beaten her up and put her under house arrest. The reason she offers is because she chose to speak out against her father’s oppressive regime. That though is simply not true and wishful thinking.

To gain a deeper understanding of what is really at play, it might help to understand the current dynamics and to ask the awkward question who will serve the power vacuum once the 76 year old Islam Karimov who has ruled the nation with an iron fist since 1991 is out of the way. Assuming his daughter can get him out of the way in the first place.

Contemplates the heraldsun.com.au: It is widely argued that Mr Karimov’s corrupt, dictatorial regime has since contributed heavily to making Uzbekistan one of the world’s 50 poorest nations.

The toll on Mr Karimov’s family has been just as tragic. The 76-year-old dictator is now completely alienated from his daughter Gulnara Karimova, who this week smuggled a desperate letter to the BBC outlining her plight.

“I am under severe psychological pressure, I have been beaten, you can count bruises on my arms,” the letter read.

Another section of the letter described a life under house arrest, daily threats and constant observation from cameras and police.

For those who don’t know Gulnara Karimov, this is what is known about her: She is an aspiring fashion designer (who found herself being ousted by the NY fashion cognoscenti when she tried showing her wares in 2010). She is also a jewelry designer (yes the irony is too grand in a nation full of destitute individuals) and of course until recently she also served as Uzbekistan’s ambassador to the United Nations. And for those who appreciate trivia, Gulnara Karimova for a while was a pop star in her own country too.

Wrote the daughter in a smuggled letter which would be published by the BBC: ‘How naive was I to think that the rule of law exists in the country?’

‘I dared to speak up about things that millions are quiet about.’

If she had dared speak out about the injustices that have been going on in the nation she may have chosen to have done it sooner, or she may have thought to have pursued policies as a UN ambassador that may have befitted her country folk. But instead she was here in NYC trying to be a fashion designer. Don’t ask how those garments came to be made or acquired.

In her letter, the jilted daughter writes about her father forcing the closure of her business and TV stations, the shutting down of her charity and arrests of her supporters.

Writes Gulnara Karimov, once again without a shred of irony or conscious regard for what her countrymen have been forced to endure for over two decades and her pernicious clambering of assets at any cost possible: ‘It is impossible to live like a human when you are watched by cameras, when there are armed men everywhere and when you are depressed because of what you have seen,’

Yet a more pressing reason why Gulnara Karimov may have been sanctioned out of power’s way was her rush and grab for power herself.

Tells the nypost: Or it could be that she was over-ambitious. Swedish authorities are investigating whether the TeliaSonera telecom company paid Karimova a $300 million bribe in 2008 to enter the Uzbek market.

Investigations into corruption first came to the fore once the daughter left (was forced out) post as UN ambassador, thus derailing her of diplomatic immunity.

For the time being, the mother of two remains holed up in her luxurious apartment in the country’s capital, Tashkent, five weeks going on whilst her boyfriend and other associates have been arrested on charges of fraud, embezzlement and money laundering. One wonders how long before her father decides to also put her name along those charges too, not that it would really matter anyway…