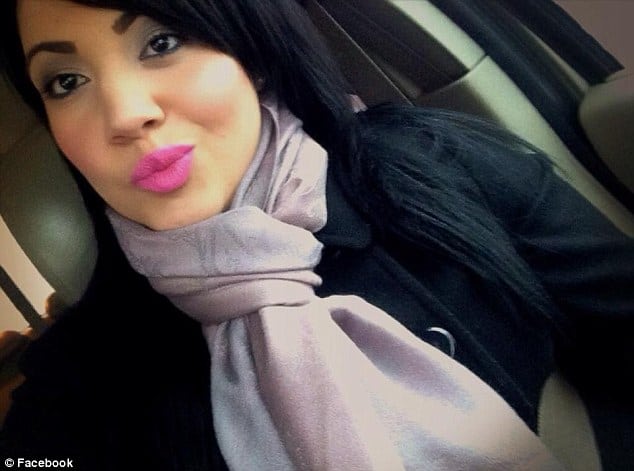 Beverly Brignoni, a NY woman has died getting discount plastic surgery in the Dominican Republic.

The 28 year old woman had sought a less expensive way to enhance her appearance and she did what many other people are now doing, traveling abroad for less expensive options.

The 28-year-old mother of a four year old girl died February 20 from a massive pulmonary embolism while getting a tummy tuck and liposuction at a clinic in the Dominican capital recommended by friends.

Since Beverly Brignoni’s death, family members have sought answers as to the nature of her death and want local authorities to investigate.

The district attorney’s office for Santo Domingo says it has not yet begun an investigation because it has not received a formal complaint from Brignoni’s relatives. Family members say they plan to make one.

Shortly after Brignoni’s death, the Health Ministry inspected the Vista del Jardin Medical Center where Brignoni was treated and ordered the operating room temporarily closed, citing the presence of bacteria and violations of bio-sanitary regulations. The doctor who performed the procedure and the clinic have not responded to requests for comment.

Concerns about the booming cosmetic surgery business in the Dominican Republic are enough of an issue that the State Department has posted a warning on its page for travel to that country, noting that in several cases U.S. citizens have suffered serious complications or died.

The U.S. Centers for Disease Control issued an alert March 7 after health authorities in the United States reported that at least 19 women in five states had developed serious mycobacterial wound infections over the previous 12 months following cosmetic procedures in the Dominican Republic such as liposuction, tummy tucks and breast implants.

There were no reported deaths in those cases, but treatment for these types of infections, which have been caused in the past by contaminated medical equipment, tend to involve long courses of antibiotics and can require new surgery to remove infected tissue and drain fluid, said Dr. Douglas Esposito, a CDC medical officer.

‘Some of these patients end up going through one or more surgeries and various travels through the medical system,’ Esposito said.

‘They take a long time typically to get better.’

The Dominican Republic, like countries such as Mexico, Costa Rica and Thailand, has promoted itself as a destination for medical tourism, so-called because people will often tack on a few days at a resort after undergoing surgery.

The main allure is much lower costs along with the promise that conditions will be on par with what a patient would encounter at home.

In 2013, there were more than 1,000 cosmetic procedures performed in the Dominican Republic, 60 percent of them on foreigners, according to the country’s Plastic Surgery Society.

The price of surgery is often about a third of the cost in the United States.

Dr. Braun Graham, a plastic surgeon in Sarasota, Florida, says he done corrective surgery on people for what he says were inferior procedures abroad.

He warns that even if a foreign doctor is talented, nurses and support staff may lack adequate training.

Told Graham: ‘Clearly, the cost savings is certainly not worth the increased risk of a fatal complication.’

Brignoni was referred to the Vista del Jardin Medical Center by several acquaintances in the New York borough of The Bronx where she lived, said Lamboy and Lenny Ulloa, the father of the 4-year-old daughter she left behind.

‘Supposedly, it was a high-end clinic, one of the best in the city,’ Ulloa said.

The doctor who performed Brignoni’s procedure, Guillermo Lorenzo, is certified by the Plastic Surgery Society, but there are at least 300 surgeons performing cosmetic procedures who are not, said Dr. Severo Mercedes, the organization’s director.

He said the government knows about the problem but has not taken any action. ‘We complain but we can’t go after anyone because we’re not law enforcement,’ Mercedes said.

Juan Linares, a lawyer hired by Brignoni’s boyfriend, said he is still awaiting an autopsy report.

Because she arrived in the country late at night on a delayed flight and was on the operating table early the next morning, a main concern is whether she received an adequate medical evaluation before the procedure.

Graham, the Florida surgeon, said sitting on a plane for several hours can cause blood to stagnate in the legs and increase the risk of an embolism.

Brignoni paid the Dominican clinic $6,300 for a combination of liposuction, tummy tuck and breast surgery. Lamboy said she had decided not to have the work done on her breasts and was expecting a partial refund. The woman, who worked as a property manager, had lost about 80 pounds about a year earlier after gastric bypass surgery.

Brignoni was clearly excited about the procedure. Her final post on Facebook was a photo she took of her hands holding her passport and boarding pass for the flight from New York to Santo Domingo.

‘She wanted it so bad,‘ her godmother said. ‘It felt like she was going to have a better outlook on life, getting this done.’

The number of people pursuing treatment in the Dominican Republic doesn’t seem to have been affected by negative reports.

And then there was these comments on the web that made me wonder:

All surgery is dangerous. The sad part is she died because we live in a world where standards of beauty are so artificially high. She was already very beautiful.

Bargain hunting is a reasonable thing to do in some areas of life. Buying a car? Sure. Looking for a TV? Chisel away at the salesman. Surgery? ARE YOU OUT OF YOUR MIND?

Americans pay far more for the same medications sold at a fraction of the cost in other areas of the world. They can charge more here because they can get away with it. Also plenty of crappy plastic surgeons here too.

Another tragic story arising from low self-esteem and a wish to emulate popular icons of beauty. In some of these cases, the woman does this without the knowledge of family and friends but in this case it appears that many people knew of her plans and did not try to warn her of the dangerous nature of her action.