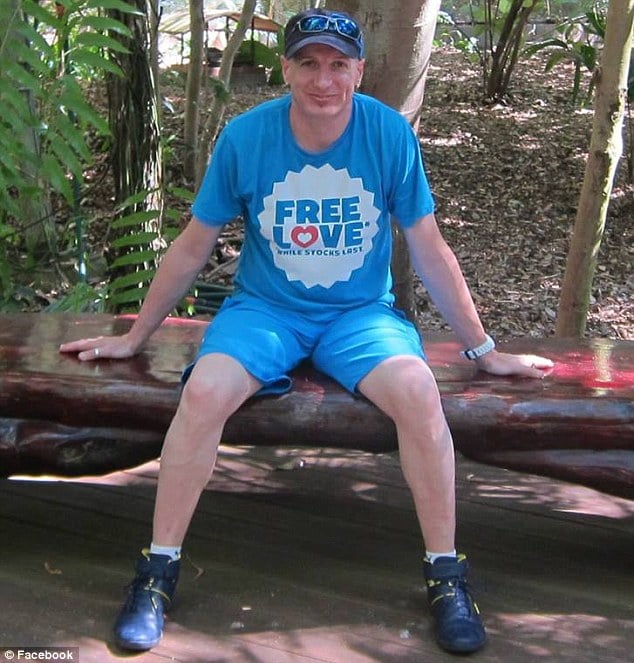 Simon Cox, an Australian teacher has found himself out of a job after he took to Facebook to post a note praising the recent suicide of a student at the school where he taught.

Wrote the 40 year old teacher not less than 24 hours after the 16 year old teen killed themselves: ‘You were a moody, disrespectful little brat’

‘You were a bully to kids smaller and younger than yourself, I saw you intimidate, stand over and beat up on younger kids (never anyone your own size),’

‘You made life hell for genuine students wanting to learn and teachers trying to teach.’

Simon Cox then targeted the boy’s parents, saying they had made excuses for their son, who was a ‘a moody, disrespectful little brat in and away from school who was always given excuses by your parents and soft people in authority. Your (sic) gone, good no sympathy or empathy from me.’

The teacher then finishied his post by describing the boy’s death as unimportant, signing off with; ‘Nothing special – now I’ve got to wash my hair.’ 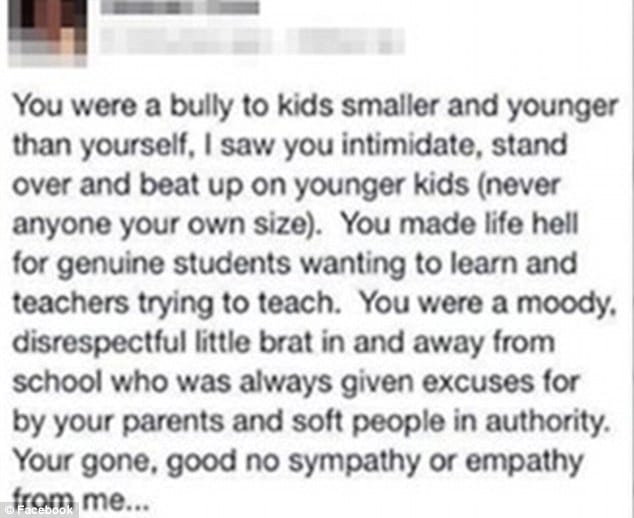 The boy’s uncle, Peter Britten, said the family was left reeling by the shocking comments.

‘It was unjustified,’ he said. ‘It seems (there was) a falling out between the teacher and the student.’

The uncle told that hundreds of tributes flooding the student’s Facebook page were proof his nephew was popular, loved and a ‘good kid.’

‘He was so loved by everyone. I can’t fathom what went down,’ he said.

Struggling to comprehend why the teacher would post the message, Peter Britten said his nephew had had potential for a bright future.

‘He was a stay at home kind of kid who looked up to his older brother who is a policeman and sister who is in the police, too.’

The post eventually made its way onto the outraged parents of other students who, appalled by the callousness of Simon Cox’s post, immediately contacted the school.

Education department deputy chief executive Susan Bowden told the UK’s dailymail the department had been in contact with the family of the student regarding the post.

‘(The department) deeply regrets the stress to family and friends caused by this teacher’s alleged actions,’ she said.

‘The matter was brought to the attention of the department by a staff member and there have been a number of subsequent complaints received in response to the teacher’s alleged actions.

‘This type of behaviour by any teacher is unacceptable and will not be tolerated.’

Susan Bowden said Simon Cox was relieved of his duties on Tuesday, the same day the department became aware of the post. He has been given 24 hours to respond to the allegations.

A decision on the teacher’s employment will be made once all evidence had been considered.

Simon Cox incredulously has claimed his comments were not directed at the teen but at another student who intimidated him in school when he was a kid and had died.

The former teacher tells he has since received death threats since his Facebook posts. Can anyone guess why?

He may have felt that way, he might have even had a valid reason or two to think that way about the kid, but posting his thoughts on Facebook wasnt the smart thing to do. Kind of ironic that he left it until the kid was dead to view his thoughts in public. With this kind of insensitivity, who is the bully?

This so called techer should have known better .The boy was likely bi-polar or something and needed help. The poor family is suffering enough. shame on you

Even if this was true, all the teacher is doing is inflicting pain on the surviving family. Sick.