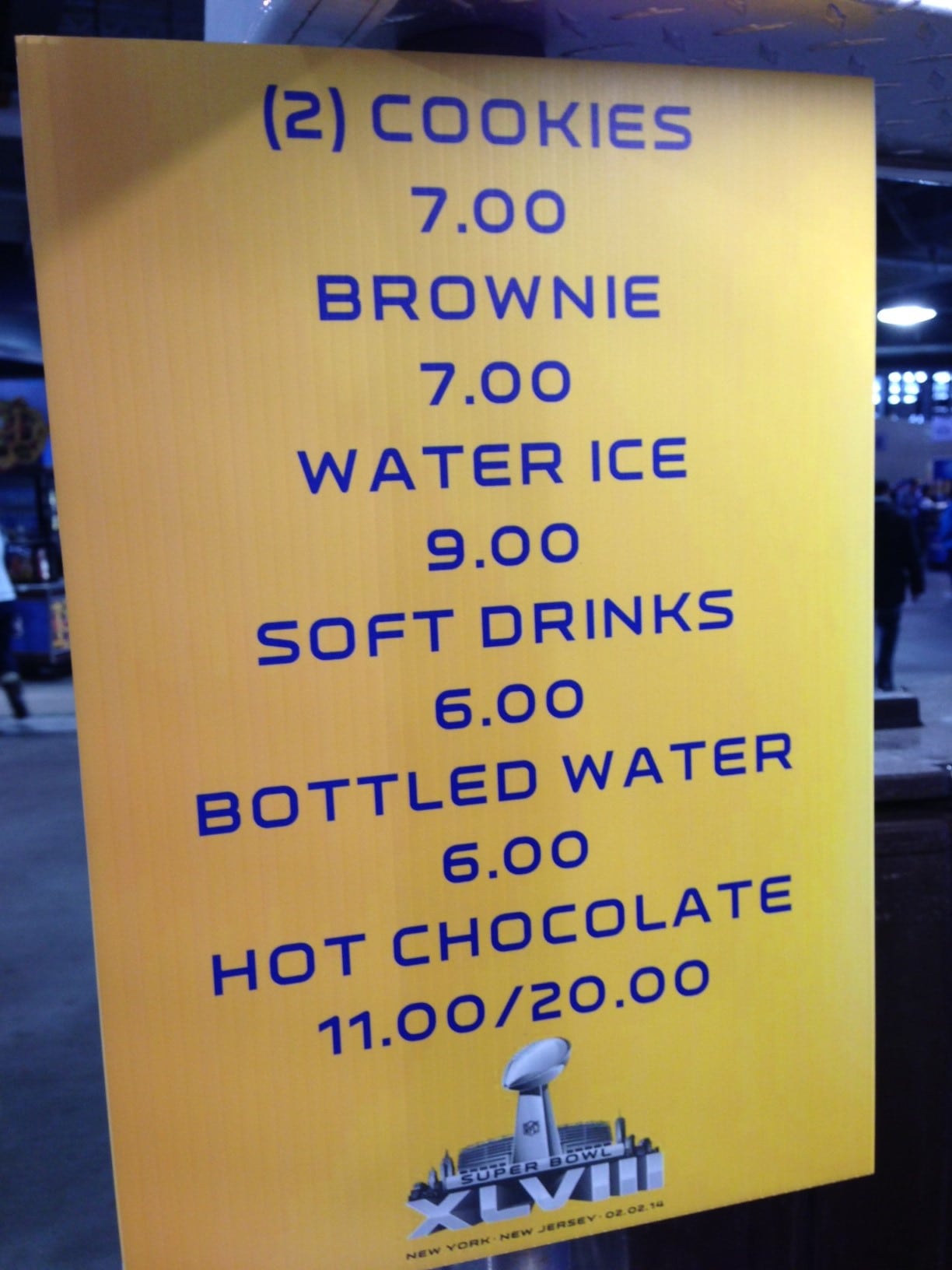 At least someone made off with a killing.

Super bowl fans came to find a nasty surprise waiting for them yesterday as they entered NJ’s Met Life stadium. The prices of beverages and snacks.

Normally modestly priced items such as hot chocolate that might go for $3 was priced at the astonishing price of $11 while other items such as cheese steak was priced at the price gouging rate of $16. Yet if one was willing to step down a notch they could attain themselves a meatball sub for the mere price of $13. That said the surprise pricing point was that of a which only cost $8.00, not too much above what most venues outside a captive venue would offer.

But the real price killer would come if fans wanted to buy hot chocolate in a souvenir cup which would cost cost them nearly twice the price at $20.00.

Bottled beer went for $12 while premium canned beer on the other hand sold for $14.

The souvenir soup mug was just as expensive as hot chocolate and cost $20.00 as well. Hopefully the choice of soup was to fans taking.

One concession worker (who said she was paid $15 per hour for Sunday’s 18-hour shift) said the standard MetLife price for hot chocolate was $5. ‘They raised the price at the beginning of the season,’ said the worker, ‘and we thought that was for the Super Bowl. But they raised it again.’

Not happy with the unruly prices Super Bowl fans were forced to pay, some went to twitter to voice their dissatisfaction:

Twitter user Jonathan Smith (‏@sjonathan02) wrote, ‘Bruh, one would have to be drunk to pay those prices.’

And then there was this comment that put it all neatly into perspective:

If people didn’t pay the prices then the costs would go down.  You get enough idiots who don’t mind being fleeced for the costs of tickets and the mugging at the concession stands, and the vending company gets away with the prices.  Simple law of supply and demand.  They get enough demand at those prices to get away with charging those prices.  If enough people stayed away from the concession stand, the prices would come down. 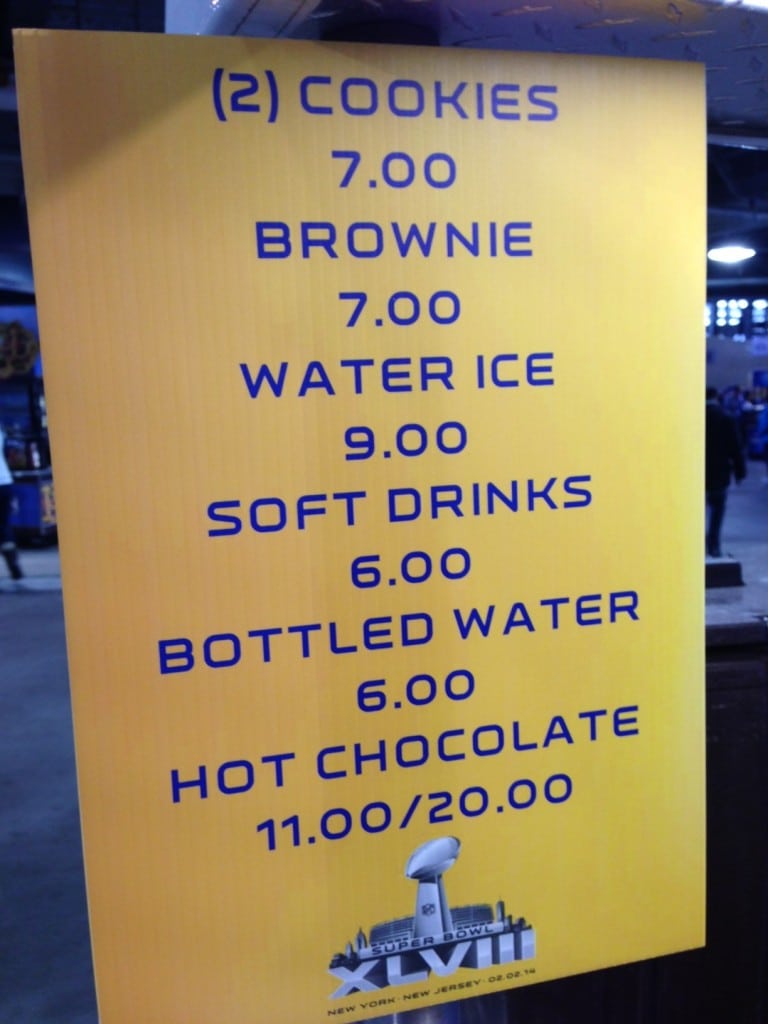