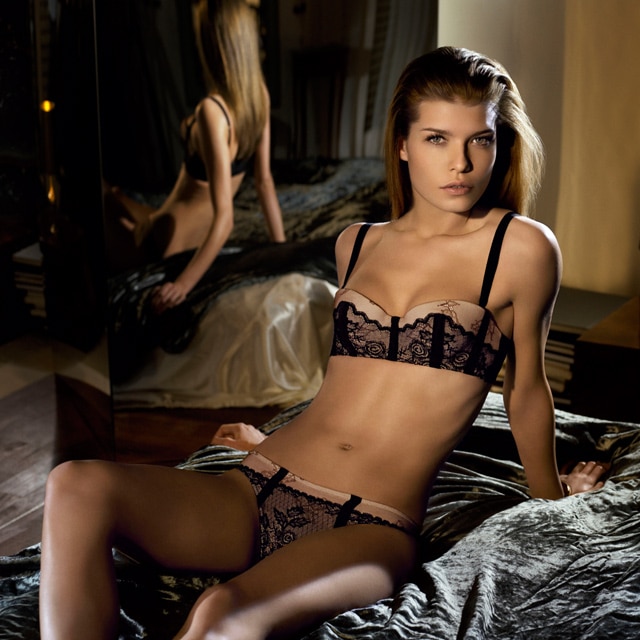 Russian women will in the near future be bereft of skimping about in your bedroom in frilly lacy underwear. A notion that has many of them visibly upset. So upset that women from the affected regions of Kazakhstan, Russia, and Belarus took to the streets to protest the ban on synthetic lace underwear beginning in July.

One group of women protesting in Almaty, Kazakhstan, on Sunday, waved pairs of lacy undergarments in the air as part of a “Panties for the President” protest. One protestor told anyone who would listen that her protest panties were the only pair she had left.

‘It irritates me the most that the authorities want to decide what I should wear,‘ Iryna Davydenko, a bank manager, who travels regularly between Kazakhstan, Russian and Ukraine, told Al Arabiya English. ‘As if all other issues in the country are solved and the only outstanding issue is ladies panties.’

Eventually three of the protesters were reportedly arrested and escorted away.

The law, which is intended to protect consumers from cheap materials, in essence bans the import, production, and sale of all synthetic lace undies in the Eurasian Union. According to officials, that’s because the banned undergarments don’t absorb enough moisture. Under the law, which was introduced in 2012, underwear made of non-natural material is required to absorb at least six percent of moisture and will need to contain no less than 6 % cotton.

According to the Russian Textile Businesses Union more than US$4bn worth of underwear is sold in Russia annually and 80% of the goods sold are foreign-made. Analysts have estimated that 90% of products would disappear from shelves if the ban goes into effect this summer as planned, forcing many women to return to Soviet era cotton underwear, best described as a close cousin to window drapery.

Contemplated a user on the web:

Taking away the desirable goods, even if they aren’t domestically manufactured just suppresses the market. People don’t buy more cotton undies because they can’t get silk or Lycra. They just wear their old ones longer, that said one suspects the goal here is to get manufacturers to set up shop in Russia to meet demand, which is to say this isn’ really about a ban on panties but an effort to bring the business of panties normally imported into a bona fide business in Russia (or at the very least propping up Russia’s cotton business, to the consternation of Europeans)  with whatever calculating tactics the domestic oligarchs can finagle ….

Because misguided economic policies  of the past are cause for calculating re assessment….