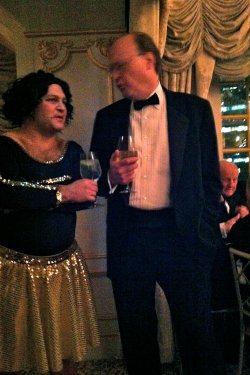 Journalist Kevin Roose has lived to tell about the not so pleasant fraternizing habits of some of the nation’s ultra rich after having gate crashed upon a secret, filled to the brims with Wall st types, Kappa Beta Phi fraternity inductee party.

Diguised as a waiter, Roose would become the first outsider to witness the surreal induction ceremony of new inductees. It would all take place in January 2012 at the St Regis Hotel Ballroom, NYC.

Present at the soiree were 200 multi millionaire bankers many of whom had come dressed in too hard to believe costumes including purple leotards, gold-sequined skirts and wigs. Roose would also come to notice many of the inductees traipsing in purple velvet moccasins embroidered with the fraternity’s Greek letters.

During the course of the evening, Roose would document that the butt of many jokes included homophobic as well as sexist pokes, including one parody, that of ABBA’s ‘Dancing Queen,‘ called ‘Bailout King.’

As the evening progressed, Roose tells how new inductees made to cross dress would eventually be forced to perform for the benefit other guests.

In his feature for the nymag, the journalist would go on to describe various acts being performed, the noted presence of some of the top brass on Wall st, including Bill Mulrow, an executive at the Blackstone Group and Emil Henry, a hedge fund manager with Tiger Infrastructure Partners and a former assistant secretary of the Treasury.

As one reads Roose’s too hard to believe essay, one comes to find out that past and current neophytes include former NY Mayor Michael Bloomberg and members of the wealthy Rockefeller family. It is understood the fraternity came to exist in 1929, coincidentally the year of the great stock plunge and the decades long depression that would ensue.

The current head of Kappa Beta Phi, or Grand Swipe, is Wilbur Ross, 76, known for restructuring failed companies in hard industries and who is conservatively estimated to be worth $1.9 billion.

In taking on the project, Roose tells he was curious to see why so many young men work ridiculously long hours when they start banking, only to end up with drastic personality changes as they aged and become successful.

At some point the journalist was found out, which led to him being initially rumbled before being escorted off the premises.

In his feature, the journalist tells one of the men who escorted him off the premises, no less, Wilbur Ross himself,  tried to bribe him to keep quiet, promising the lure of exclusive stories.

At the end of his essay, Roose comes to the sobering conclusion that ‘the upper ranks of finance are composed of people who have completely divorced themselves from reality.

‘No self-aware and socially conscious Wall Street executive would have agreed to be part of a group whose tacit mission is to make light of the financial sector’s foibles.

‘Not when those foibles had resulted in real harm to millions of people in the form of foreclosures, wrecked 401(k)s, and a devastating unemployment crisis.’

One can’t help feeling a certain intrigue and similarly disgust at the ongoings and attitudes of the plutocrats in party mode.

One can argue that our society is riven with extreme social disparities, inequitable distribution of wealth, inequitable mobility and access to wealth as well as wonder out aloud given the obvious why we as a society have yet resisted to call into question the behavior of this set and fought for structural changes that might bring a more equitable alignment amongst our lot.

But the irony of all this is, despite the moralizing, finger pointing, the guilt, there are many who aspire to be as rich and powerful as the plutocrats and who use their education, their talent towards those ends. Which posits the question, aren’t we all in some way being just as hypocritical and divorced from reality as we claim these people are when we aspire and still believe in the American dream of wealth and power? It isn’t just what these people do that ought to concern us, it’s the way that so many of us in the end ultimately idolize and lionize such characters and jealously wish such existences for ourselves ….. 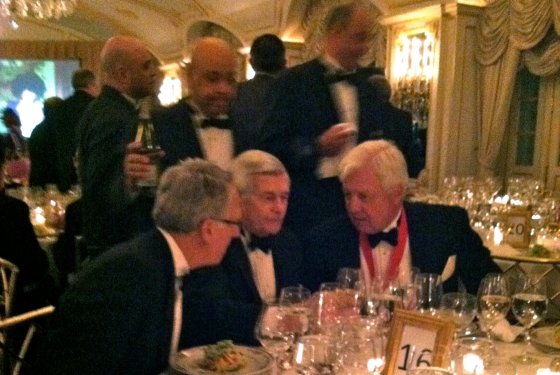 Intrigued by some of the insightful comments I came across, I posted some below that made me wonder, although you’d also be best served reading the article and compelling comments too.

But the scary thing is, the commenters defending the rich people above (as though they need it) aren’t trolls. Those commenters are the Americans that the rich count on to keep their wealth — they know that for every progressive American who thinks things like “hey, health care should be free, and we shouldn’t let our public schools go to pieces, and maybe CEOs shouldn’t give themselves bonuses when they are laying off workers” — for every progressive who thinks like that, there are five more Americans waiting to mock them for not trying hard enough. For hating the rich out of sheer jealousy, instead of distress at the apathy and suffering of the working and middle classes, who, for whatever reason — demoralization seems the most likely one — aren’t fighting for themselves.

I just remembered that brief protest against AIG in 2008 where a few dozen people boarded buses and went up to Greenwich to fight against the bonuses Wall Street was handing out at the height of the financial crisis. That was IT. Just a few dozen people; then, a couple of years later, Occupy, for a few months. And that’s all. We know we’re supposed to fight (myself included) and instead we just slag each other on comment boards.

not everyone starts in the same place with the same resources and same opportunities. it is about the ever increasing wealth and income gap.. it is about an increasing share of productivity gains going to capital versus labor. it is about those at the top increasingly using their money and influence to gain advantage. it is about those at the top laughing and joking about everybody else and the mess they help create. there have been plenty of revolutions through human history that were cause by societies becoming too top heavy and that let them eat cake attitude. nature not only has a way for letting the cream rise to the top or survival of the fittest, but also in balancing out extremes imbalance

Poor people today aren’t poor because they are ‘nobodies’ or because they are ‘lazy, unintelligent… criminals’– it’s because the system is stacked against them.  I know, and I’m sure most of us know, plenty of families working VERY hard- multiple jobs, 50-60 hour work weeks- and still swimming in debt.  It’s not because they’re LAZY, it’s because the wealth in the United States is distributed extremely unevenly.  Wall street bankers’ capital gains are taxed at 15% while the average worker, who can barely make ends meet nowadays, is taxed in excess of 30%.  We need to change the system and redistribute the wealth– stop with the finger-pointing and the name-calling.

good to see someone who gets it. All of the Red v Blue kerfuffle in the news, all of the MSNBC vs Fox News blather is just a distraction. How come so few people are asking about the NDAA or the TPP? Why is there no news coverage of those stories? Because the media is being well-paid to make sure we’re focused on all of the wrong things.